Parents are encouraged to suggest plans to allow childminders and nurseries to look after more children aged 2 in England. 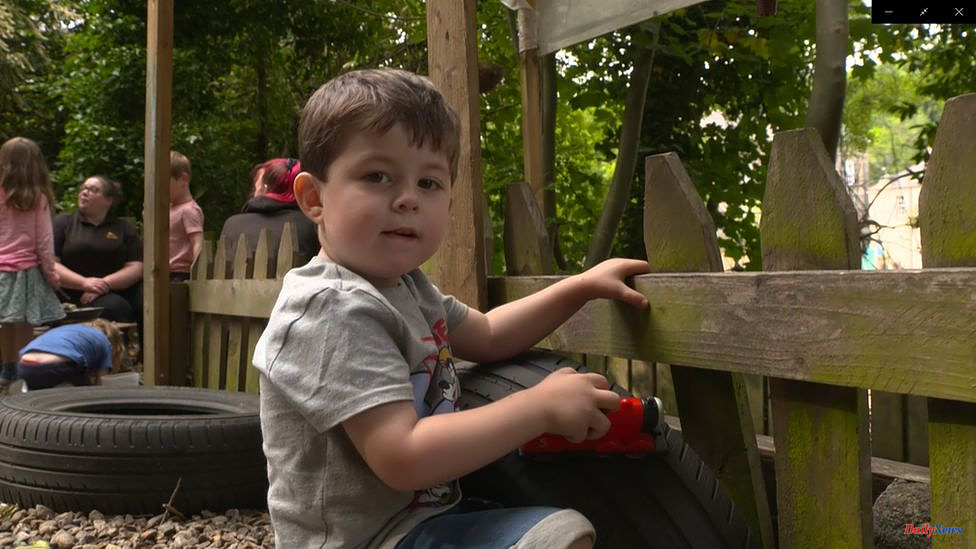 Parents are encouraged to suggest plans to allow childminders and nurseries to look after more children aged 2 in England.

One adult in England can take care of four children. However, the government wants to reduce the cost of parents by adopting the Scottish model, where one adult takes care of five toddlers.

Many nurseries believe the systems can't be compared and don't want to change.

One mum who has paid more than PS90,000.00 in nursery fees over seven years is skeptical that a change in policy would make a difference.

It is expected that the consultation will take around eight weeks.

Will Quince, children and families minister, stated that it was about providing flexibility for early-year settings and that he didn't want to do anything "that compromises safety or quality".

According to him, the Scottish model was a good example and there is only one slight variation to what he does.

"But that's precisely why we consult because we have to listen to the sector, and most importantly, parents, to ensure that we get it right. He added.

Amanda Smallbone, mother-of-two, admits that she felt guilty for leaving her children with someone else as a working parent.

She wants them to have the best possible experience. "Part of that is being in a smaller group and getting that extra care."

Amanda isn't sure how much savings there would be. Amanda believes that the new ratios could lead to a two-tier system of parents: those who can afford the higher ratios, and those who must be driven by price because they don't have any other option.

According to the latest survey by Coram family and childcare, a full-time nursery for a child younger than two years old costs on average more than PS14,000 per year in the UK.

Pre-schools and nurseries in England are opposed the changes in ratio and claim that the plans won't reduce costs for parents.

Yellow Wellies Day Nursery manager Dr Kate Jones in Durham says that they would probably not adopt the new ratio even if it was approved.

She said that the proposal was about "reducing quality" in two-year olds learning to do things themselves.

She says, "At lunchtime we can have allergies, choking risk and sometimes we have an emergency toileting situation. That is just four of them."

Dr Jones says that the nursery is trying to keep its best staff, and keeping up with an increasing electricity bill. He also states that parents should not expect a decrease in fees, but a best-case scenario of maintaining their child's education.

Pamela Stein, learning and development manager, said that it was vital for staff to have the skills and resources necessary to provide "a safe and nurturing experience".

She states that all practitioners must undergo a certain amount training each year in order to keep their registration with the Scottish social service council. This will help ensure that there is a safe ratio of adult to child.

According to the National Day Nurseries Association (which has members in England as well as Scotland), there is no way to compare the two systems.

It states that Scotland is:

Eva Lloyd, a professor of child development at the University of East London, co-authored a report on childcare costs in 2013, when the ratio change was being looked into by the coalition government. She said it was "a dangerous move" and would not benefit children, parents or the sector.

She claims that the proposed measures will not make any differences "until we absolutely address workforce pay conditions head-on".

She said, "We have the worst childcare staff retention and recruitment crisis we've ever experienced."

The government says that it wants to increase childminders' numbers by allowing them work in a village hall or community centre rather than at their home.

It stated that it is working with Ofsted in order to make childminder registration easier and reduce inspections. They will also be able to use a simplified early years foundation stage framework.

An additional drive has been launched to target parents who don't take up existing childcare opportunities.

1 Proposal to Ukraine: anti-Semitism commissioner reprimands... 2 Coalition conflict with FDP: Family Minister wants... 3 Saxony-Anhalt: Memorial concert on the occasion of... 4 Turkey seizes a Russian-flagged grain vessel from... 5 Ben Raemers: A skateboarding legend who couldn't... 6 "Only two-hour meeting": Spahn doubts "concerted... 7 “I would be careful there”: Lauterbach does not... 8 School dinners: As costs rise, no beef on the menu 9 Big Zuu for breaking the mold in cookery shows 10 "Only two-hour meeting": Spahn doubts Scholz'... 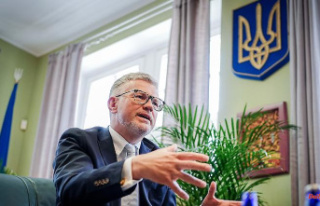