Observations from the comic salon: comics, heat and Söder's lightsabers

It is the largest German comic festival: the Comic Salon in Erlangen. 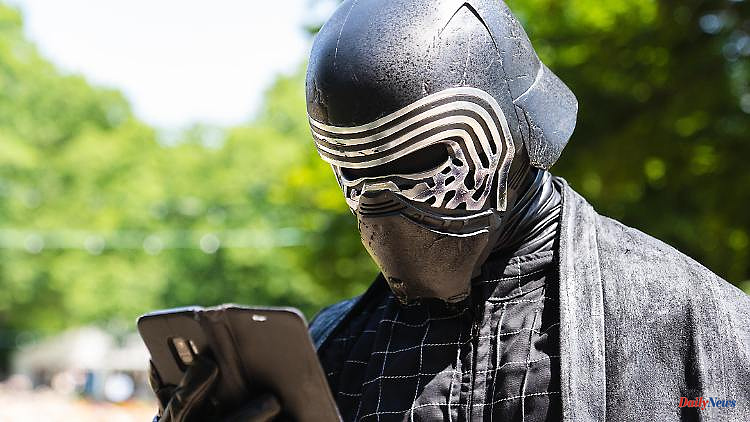 It is the largest German comic festival: the Comic Salon in Erlangen. Even the prime minister is coming this time. And a double exhibition is widely praised. A Ukrainian guest fights back tears. And the sun knows no mercy.

The Comic Salon in Erlangen has opened. For four days, everything in the Franconian city revolves around the ninth art. 20 exhibitions can be seen, there are 250 events, several book signings by the 400 artists. Too much to see everything. It's the special moments that stick.

"The comic salon is like a high school reunion where you like everyone," says a cartoonist about the largest comic festival in the German-speaking world. The mood is mostly relaxed, even when crowds of people push through the aisles of the exhibition tents. A short greeting here, a conversation there, these are images that are omnipresent in Erlangen. The German comic scene is comparatively small, everyone knows each other.

The fact that this comic salon, the 20th in total, is being held in person for the first time in four years only fuels the joy on site. The question "So how did you get through the pandemic?" is part of the small talk repertoire. And of course the heat. The city of Erlangen is making its contribution by moving the festival to the center around the palace square and garden instead of the town hall as in 2018. The extreme temperatures are simply better endured on the meadow, in the shade of the trees, on a reading chair. You just have to be careful to follow the shadow. Because otherwise things will quickly get dicey. One wonders how some cosplayers stand it in their heavy costumes.

But not everything is sunshine in Erlangen. A round of talks with two artists from the Ukraine is oppressive. Romana Ruban's descriptions are especially touching. The artist, who was living in Kyiv at the time, was woken up by noise and explosions on February 24 - it was the beginning of the Russian attack. She quickly woke up her family and together they went to a nearby shelter, where they had to wait for hours. But since there was no safe place in Ukraine, she went to Berlin with her sister. The parents stayed behind. But even in Berlin, she doesn't feel completely safe because of the Russians in the city, says Ruban. When she speaks, you can tell how she still takes the war experiences with her.

The artistic perspective of the conversation is also interesting: "I'm not a soldier, I'm not a doctor, as an artist you don't know what to do in war," says Anna Sarvira, who was already living in Berlin when the war broke out. That's why she started designing posters, raising money for Ukraine. She also tries to depict war crimes in drawings, says Sarvira, but she doesn't publish everything. The audience can guess why. Finally, a Ukrainian from the audience asks a question, fighting back tears: "Will the artists be able to draw for children again after the war?" Some illustrators are already doing this now, says Ruban. "It is good and important to help children heal the wounds of war."

Some drawings by Ruban and Sarvira can be seen in a small exhibition in Erlangen. The Comic Salon decided to do so, even if some of the depictions are martial - but it is the perspective of artists whose country is suffering from a brutal invasion. The two artists also publish their works on Instagram: here Romana Ruban, here Anna Sarvira.

A double exhibition at the Erlangen Art Museum has blossomed into the secret highlight of this year's Comic Salon. On the one hand, it shows a number of originals from the long creative period of comic doyen Will Eisner, one of the most influential comic artists of all, who first expanded the possibilities of comics with the superhero "The Spirit" and later created groundbreaking graphic novels. On the other hand, works by the French Catherine Meurisse can be seen. The illustrator worked for "Charlie Hebdo" for a long time. After surviving the attack on the satirical magazine by chance, she turned to longer comic stories, in which she comes to terms with the loss of colleagues and friends, but also reports on her childhood and trips to Japan.

The two works are very different: there is Eisner's masterly line, with dense hatching and excellent character studies - and probably the best representations of rain in the history of comics - here the loose swing, the light style of the Frenchwoman, trained in caricatures. Here the depiction of narrow New York tenements and their people, here the wide landscape from Meurisse's childhood, the diversity of nature in which she often portrays herself. But together it makes an excellent show. One almost wished that the pictures of both artists were hung next to each other to further emphasize their interplay.

Many comic stars from all continents have already come to Erlangen. However, there was not yet a Bavarian prime minister here. The visit from incumbent Markus Söder then went quickly on Friday afternoon. In a short conversation with Steffen Volkmer from Panini Verlag, the CSU boss talked about his preference for the genre. His first comic was "Fix and Foxi", said Söder. However, his mother "didn't support his passion for comics very much". He also counts the Marvel series "Die Fantastischen Vier", "Spider-Man" and "Die Rächer" (the German title of the "Avengers" at the time) among his favorite comics.

He can't resist a political dig: "I meet Destructivus every day in Parliament," says Söder, alluding to an insidious character from the Asterix volume "Streit um Asterix". And he criticizes the fact that some politicians say, "With great power comes great responsibility," they don't even know where the quote came from. Söder knows: from Uncle Ben from "Spider-Man". And then Söder, who keeps flirting with his passion for comics at public appearances, says that he has already been given 50 lightsabers, the weapon from the "Star Wars" films. But he prefers gifts with a comic reference.

Comic Salon also means Max and Moritz Prize. Traditionally, what is probably the most important German comic prize is awarded in Erlangen. There are prizes in nine categories - and almost all of them are won by women. Birgit Weyhe was honored as the best German-language comic artist, and Aisha Franz as the best German-language comic "Work-Life-Balance". The award for the best international comic went to the trans woman Steven Appleby for the superhero story "Dragman". The jury chose "In the Hall of Mirrors" by the Swedish artist Liv Strömquist as the best non-fiction comic, while "Trip mit Tropf" by Josephine Mark was honored as the best comic for children.

The newly created award for the best German-language comic debut goes to three works: "Melek Ich" by Lina Ehrentraut, "Pfostenloch" by Daniela Heller and "Who's the Scatman?" by Jeff Chi. The jury's special prize goes to the author and curator Alexander Braun, who also designed the Will Eisner show. "Lisa und Lio" by Daniela Schreiter received the audience award. It had already become known that the Japanese Naoki Urasawa received the special award for outstanding life's work. He sent his thanks via video message and spoke about his internationally acclaimed work. 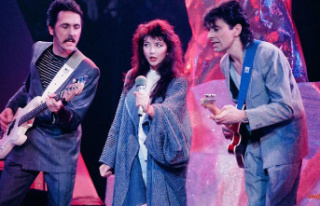