On the Seine, the river brigade dissuades swimmers tempted by the heat

"A child who soaks himself to the waist, a parent who turns his back, and a disaster can quickly happen", warns Sophie Malherbe, the commander of what she presents as the oldest brigade of the police prefecture of Paris. 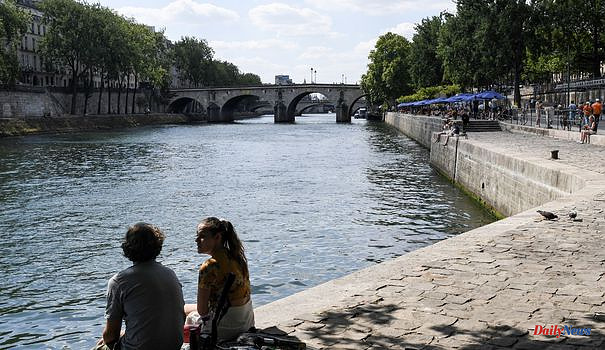 "A child who soaks himself to the waist, a parent who turns his back, and a disaster can quickly happen", warns Sophie Malherbe, the commander of what she presents as the oldest brigade of the police prefecture of Paris.

"Especially in the Seine", she adds, "you never know what you are going to set foot on".

The brigade's black and white patrol boat slowly approaches onlookers, who quickly climb back onto the quay. Not without expressing their disappointment.

All year round, the 79 police officers, divers and pilots of the Paris river brigade monitor the waterways of Ile-de-France. Unlike firefighters who intervene only on request, they patrol there every day.

"A star is like a cocoon from which you can approach the quays in a different way", smiles Sophie Malherbe.

A valuable vantage point for spotting makeshift shelters hidden under bridges or watching over the gatherings that form along the quays.

The "cocoon" can reach 80 km/h with four people on board. Which puts their floating HQ, opposite the Bassin de l'Arsenal, just four minutes from the Eiffel Tower.

In high season, tourists and yachtsmen make up the bulk of the brigade's "clientele".

The police devote the majority of their summer patrols to rescue missions, to monitoring boats anchored in the Ile-de-France ports and, above all, to deterring all swimming in the rivers.

Hydrocution, unpredictable currents, bottoms soiled by shards of bottles or locks: for the commander of the brigade, the good reasons for prohibiting swimming in the Seine and in the Marne are not lacking.

But when the thermometer panics, swimmers quickly forget the instructions for caution. "Doing prevention takes time", explains Sophie Malherbe, "but we always do it with pleasure".

With a mercury approaching 41 degrees, few dare to stroll along the Parisian quays.

Among the few people taking advantage of the sun, a soaked man, in swimming shorts, comes out of the water and wraps himself in his towel on the quay of Île Saint-Louis.

Not discreetly enough to escape the gaze of the lookouts on the Seine. The police do not punish him but remind him of the risks of taking a dip in the river.

"Sorry, I didn't know, this is the last time, thanks for letting me know," the man promises them, confused. Vincent, the pilot of the boat, laughs: "it's the first time we've been thanked during a patrol".

Unlike many of their colleagues, the police officers of the river brigade maintain calm and cordial relations with the population.

“We are the only police brigade to whom people say hello,” jokes the commander, who explains this relaxed climate by the educational bias of her troops.

"Of course, we can choose to verbalize," says Sophie Malherbe. "But the impact is stronger when we raise awareness or when we ask parents to pick up their children at the police station."

But the danger remains. In Ile-de-France, 16 people died from accidental drowning in 2021, according to the Ministry of Health.

1 War in Ukraine: Zelensky dismisses two senior officials... 2 Tax receipts increase sharply in June 3 Who is Rouja Ignatova, the 'cryptocurrency queen'... 4 HSV icon: "He was a role model for many"... 5 Finally pensioners - Germany's seniors are so... 6 206,000 cases in France, China confines millions of... 7 "We want to be the best, not the biggest" 8 Infectious diseases: let's be selfish, let's... 9 Japan increases sales tax again 10 Kurt Russell and Son Wyatt Cast in 'Godzilla'... 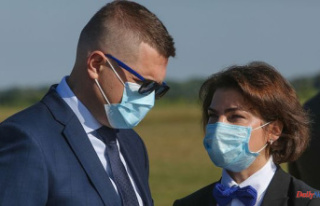