One year after a mega fire, the resilience of the Mediterranean forest put to the test

"It was the fourth since 1979", counts with a certain fatalism, Michel Mondani, mayon of Mayons, by listing the fires which ravaged his village and the last of which, in August 2021, killed two people in the neighboring town of Grimaud, above the Gulf of Saint-Tropez. 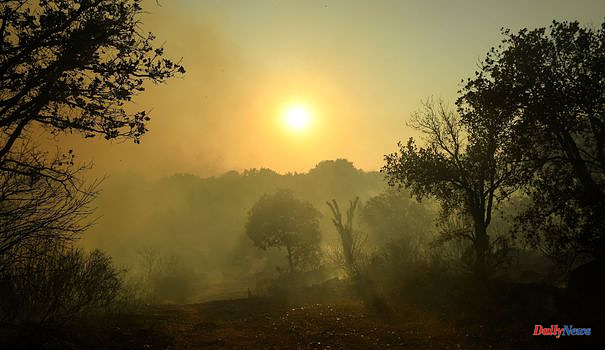 "It was the fourth since 1979", counts with a certain fatalism, Michel Mondani, mayon of Mayons, by listing the fires which ravaged his village and the last of which, in August 2021, killed two people in the neighboring town of Grimaud, above the Gulf of Saint-Tropez.

Thousands of holidaymakers had to be evacuated in the face of the advance of the flames in this wooded area.

A year later, the arbutus, thyme and other shrubs are slowly coming back to life in the middle of the still blackened cork oaks and Aleppo pines which overhang the ridges, notes this former volunteer firefighter.

"Nature takes back its rights, but we see that the successive fires are exhausting it", continues the former head of the fire and rescue center of this village of 630 inhabitants.

A very thick bark that protects the cork oak from the lethal impact of temperatures during the passage of flames, pines whose cones release a bank of seeds which, in contact with the ash, give rise to new trees, shrubs whose recovery nodes are located underground...

In the Mediterranean region "the majority of species are adapted to fire", explains to AFP Anne Ganteaume, specialist in fire risk assessment, within the National Research Institute for Agriculture, Food and Agriculture. environment (Inrae) of Aix-en-Provence.

"If the frequency of fires is moderate, this is not a major problem. Fire makes it possible to regulate certain invasive plants. It may come as a surprise, but without fire, a contingent of birds such as larks, sparrows could disappear because their habitats would get confused", also recalls Roger Prodon, professor emeritus at the Practical School of Advanced Studies and specialized in "fire ecology".

However, scientists warn of the limits of this "natural resilience" of Mediterranean flora in the face of climate change and repeated heat waves, one of its symptoms.

If the number of hectares burned had generally decreased in France with 45,000 hectares on average per year in the years 1970-1980 against 12,000 hectares since 2006, the fire which ravaged 21,000 hectares in Gironde and the frequency of fires call for the vigilance.

"If the frequency of fires increases, which is expected in the future, the interval will become too short for, for example, the Aleppo pine to mature and release its seeds before a new fire burns it" , warns Ms. Ganteaume.

In France, "the activity (of the fires) will intensify in the areas where it is already strong, in the South-East and also extend to the mountainous margins of this southern region", as well as "in half North where temperatures and drought will increase", points out Jean-Luc Dupuy, fire specialist at Inrae in Avignon. Like the fire in July on the Monts d'Arrée, in Brittany.

“Species should not be expected to adapt to the arrival of a new fire regime (natural frequency of fire that an ecosystem can support without long-term irreversible effects, editor’s note) in a few decades” , warns Mr. Dupuy.

"Adaptation requires several thousand years", insists the researcher, particularly worried about "new territories" whose vegetation is less adapted to fires than in the Mediterranean region.

In Provence-Alpes-Côte-d'Azur, for the first time, public and private funds have been released at the initiative of the Region, via its Respir program, in order to help forest areas and prevent new disasters .

The collateral effects of repeated fires are indeed numerous: for lack of vegetation to retain rainwater the risk of flooding increases, the runoff of ashes in the ditches can also unbalance the quality of water, essential to animals.

Some 468,000 euros have thus been committed for priority works such as "fascination" consisting of consolidating the banks of the rivers with pieces of wood and slowing down the gullying of the water on the steepest slopes.

"We must make the forest as resistant as possible to the next fire", recognizes Julie Mariton, of the Mixed Syndicate of the Massif des Maures, "we must be humble, we know that it will happen again". 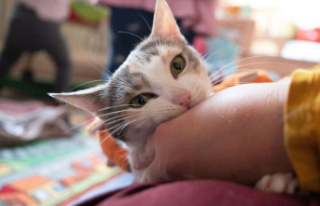