Only for "working royals": Harry and Meghan unloaded from the state reception

Numerous international guests travel to London for the Queen's funeral. 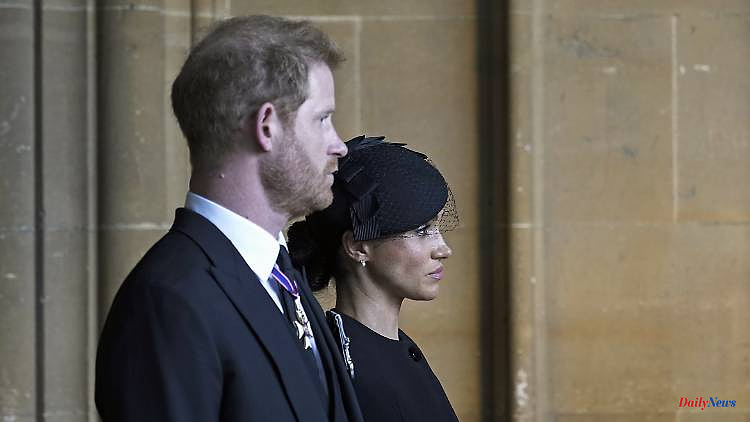 Numerous international guests travel to London for the Queen's funeral. Harry and Meghan should initially also attend the reception. Later, however, the couple is unloaded again, as reported by the media. In addition, another issue causes a dispute with King Charles III.

Prince Harry and Duchess Meghan have reportedly been uninvited from a state reception at Buckingham Palace. According to the Daily Mail, the couple should have received an invitation to the event earlier in the week. It has now been withdrawn because palace officials are said to have insisted that only working royals be allowed to attend the state reception. The Duke and Duchess of Sussex had retired as such in Spring 2020.

On Sunday evening King Charles III. and King's wife Camilla in Buckingham Palace, heads of government such as US President Joe Biden, Canadian Prime Minister Justin Trudeau and French President Emmanuel Macron as well as international royals. A total of around 500 invited guests who traveled to London for the funeral of Queen Elizabeth II, which will take place on Monday, are expected to attend the reception. In addition to King Charles III. and Queen Camilla are also expected to attend the reception with Prince William, Princess Kate and Princess Anne, as well as Prince Edward and Sophie of Wessex.

There should also be trouble about the possible titles of Harry's and Megan's children. Three-year-old Archie and one-year-old Lilibet are said to be about to become a prince and princess. But as "The Sun" reported, there is for the two of their grandfather King Charles III. apparently not the HRH status. HRH is short for His/Her Royal Highness, a title used for some members of the British royal family.

Harry and Meghan themselves have relinquished their HRH titles since stepping down as senior royals and relocating to California in early 2020. The new discussion could now revolve mainly around the safety of the Sussexes and their children. The protections for high-ranking royals apparently no longer apply to them in the UK. Prince Harry is fighting for more security for his family.

A source told The Sun: "Harry and Meghan were concerned about the security issue and as prince and princess they are entitled to some level of royal security." According to the "Sun", the two were said to be "angry" that "Archie and Lilibet cannot use the title HRH". Even her argument that Princesses Beatrice and Eugenie carry the HRH title, although they are not working royals, could not change Charles's mind.

1 "The House of Dreams" on RTL: Emotional... 2 Square-faced man: Henry Silva is dead 3 'Life-Saving Abortion': Teigen corrects... 4 Off after 35 years: Broadway stops "Phantom of... 5 Westminster Hall incident: man arrested at Queen's... 6 Andrew is also allowed to wear a uniform: the Queen's... 7 What to stay away from: DiCaprio shared his secret... 8 "Now my life's work": The American... 9 A history teacher during the war: "I don't... 10 Pomp, pageantry and anointing: the monarchy is just... 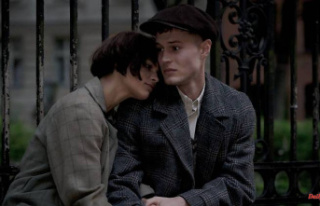 "The House of Dreams" on RTL: Emotional...