"Operation Long Noses": A major war is looming in the heart of Africa

The Congolese militia M23 takes a strategically important border town in the triangle of Congo, Uganda and Rwanda. 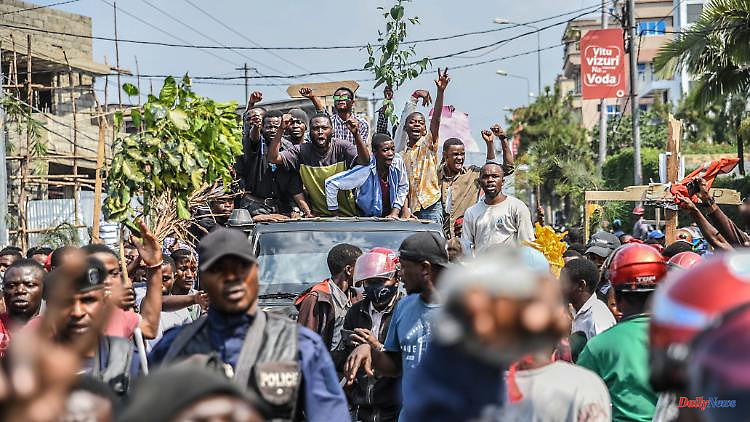 The Congolese militia M23 takes a strategically important border town in the triangle of Congo, Uganda and Rwanda. Rebels and the government are negotiating a peace process this weekend, but the conflict is more reminiscent of the 1994 genocide.

In the midst of the protesting crowd, a man sharpens two machetes. "Enough is enough!" he yells. "We will search and find you!" The demonstrators walking behind him down the central boulevard in eastern Congo's provincial capital, Goma, nod in agreement. It is one of numerous videos currently being shared on social media in the Democratic Republic of the Congo. They all have one thing in common: they call for the members of the Tutsi minority in Congo to be expelled or even killed.

Violent attacks against the Tutsi are currently taking place throughout the large country in the heart of Africa. In the capital, Kinshasa, ordinary civilians have set up roadblocks and are checking every car to see if there is a Tutsi inside. The Congolese call it "Operation Long Noses" because Tutsi are said to have long noses - a myth introduced by the Belgian colonial rulers. Addresses where Tutsi families live are published in messages on Twitter and Whatsapp. Their shops and houses are looted. The windows of a church in Goma were smashed, in which mostly Tutsi pray on Sundays.

"It's like Rwanda in 1994, only now in Congo," wrote a member of the traditional Tutsi royal family in Goma via text message. "None of us are safe here anymore." Even fleeing to neighboring Rwanda is now dangerous. "We don't even dare to leave the house anymore."

The atmosphere in the Great Lakes region is reminiscent of 1994, when more than a million Tutsi were brutally slaughtered with machetes in Rwanda in one of the most horrific genocides in recent history. At that time, too, there was hate speech on the radio, which incited the population. Ordinary civilians grabbed garden tools and killed their neighbors. The genocide and the subsequent waves of refugees from Rwanda into the Congo still cast long shadows today.

The pogrom mood among the population is the result of the recent fighting in eastern Congo. Since April, the Congolese Tutsi rebels of the M23, the "March 23 Movement", have been fighting Congo's army. The numerous small villages north of Goma, almost in the border triangle between the Congo, Rwanda and Uganda, are completely deserted. The population had to flee, and over the past few weeks more than 40,000 people have fled either to neighboring Uganda or to Goma.

Last Monday, Tutsi General Sultani Makenga's fighters again managed to capture the strategically important border town of Bunagana, around 100 kilometers north of Goma, as they did last February and in November 2021. The soldiers stationed there from the Congo army fled to neighboring Uganda . The army had to fly in additional troops from the capital to retake the border post that same day.

Congo's army accuses neighboring Rwanda of supporting the M23 rebels: with weapons, equipment and even Rwandan soldiers. Recently, Congo's army captured two M23 fighters and presented their Rwandan ID cards as evidence of an "invasion." Rwanda's President Paul Kagame belongs to the Tutsi minority, as do the majority of government officials and members of the army there. Many Congolese Tutsi have been living in Rwanda's refugee camps for decades. Rwanda's army denies any presence in the neighboring country, but has deployed troops along the border.

The hate speech is fueled from the top down. Congo's army spokesman Silvain Ekenge addressed Goma's population on Wednesday, who were terrified after the fall of Bunagana that the M23 rebels could retake the megacity of Goma as they did in 2012. He called for a "peaceful protest march" against Rwanda and stressed: "If it wants war, there will be war." Ekenge added: "Nobody will occupy a single centimeter of our territory." The population should help the army to defeat the enemies. This also means that people should arm themselves.

Thousands upon thousands marched down the central boulevard in Goma towards the Rwandan border at Ekenge's call. The angry crowd was stopped at the turnpike by Congolese police officers. Stones were thrown towards Rwanda, hate calls could be heard. Congo police used tear gas to disperse the crowd. On the Rwandan side of the border station, police officers in protective suits marched up, but remained calm.

Whether Rwanda actually supports the M23 rebels, as it did in the 2012 war, has so far been a matter of debate. "We have no facts to confirm that," said the military spokesman for the UN mission in Congo (Monusco) at a press conference. However, the US Senate in Washington said it was "alarmed by reports that Rwanda is again backing M23 rebels who are fomenting violence, targeting DRC troops, UN peacekeepers and civilians," according to a statement: "We need to investigate those responsible." and sanction." UN investigators and Western intelligence services had already accused Rwanda of supporting the M23 during the 2012 war. This led to sanctions against Kagame's government at the time.

There is "absolutely no" support from outside, according to M23 President Bertrand Bisimwa. In a press release on Wednesday, the M23 again emphasized "our willingness to seek a peaceful solution" and called on Congo's President Felix Tschisekedi to stop and negotiate this "senseless war". Since its last campaign in 2012, the M23 has had demands from the government: repatriation of the Tutsi refugees to a peaceful country, incorporation of the Tutsi fighters into the Congolese army. The government never achieved either of these things, and the M23 is now fighting for them again.

The last round of negotiations between M23 and Congo's government in Kenya's capital, Nairobi, also failed in April. Congo's government has declared the M23 a terrorist group and is seeking a military solution. But the army finds it difficult to deal with the rebels.

After the fall of the border town of Bunagana on Monday, politicians in Kinshasa mobilized against Uganda. Uganda's army helped the M23 take the barrier, MPs in parliament railed. The National Assembly was debating an economic agreement that had recently been sealed between the two presidents. Congo joined the East African Community (EAC) in April at Uganda's invitation. This created a trade and customs union that stretched from the Indian Ocean to the Atlantic. Since then, everyone in the region has been hoping for peace and stability so that the economy can get going. The embattled border town of Bunagana has symbolic value: it lies at the epicenter, along the most important trade route of the newly created union.

That is why there is now the green light for a regional EAC intervention force in the Congo. Kenya's President Uhuru Kenyatta, who currently chairs the EAC, said there was an "obligation" to make political and military efforts to "establish peace and stability in the Congo". He called on all armed groups in Congo to "lay down their arms immediately". In the next sentence he explained the "activation" of the regional strike force to be deployed to disarm any rebels. The region's military chiefs would meet in Nairobi on Sunday to "finalize preparations."

1 Maas on Israel and Palestine: Why the Middle East... 2 Green foreign policymaker Schäfer: "What drives... 3 After the visit to Kyiv: praise for Scholz even from... 4 Reactions from Ukraine: "That's Scholz,... 5 "Due to ongoing grief": Sinéad O'Connor... 6 Huge fingerprint sensor: Vivo X80 Pro shows Apple... 7 E-car is not a washing machine: charging at home without... 8 Laptop instead of cinema: when streaming is allowed 9 Against sunstroke and collapse: tips to better cope... 10 31 percent protection: SAP with an eleven percent... 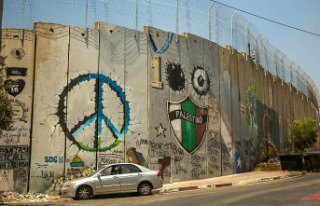 Maas on Israel and Palestine: Why the Middle East...