Operation Valkyrie: How the Stauffenberg assassination attempt on Hitler could have failed

From the beginning of July 1944, the officer Claus Schenk Graf von Stauffenberg was several times with his briefcase full of explosives with Hitler at Obersalzberg or in the Wolfsschanze in East Prussia, 100 kilometers from the Russian front. 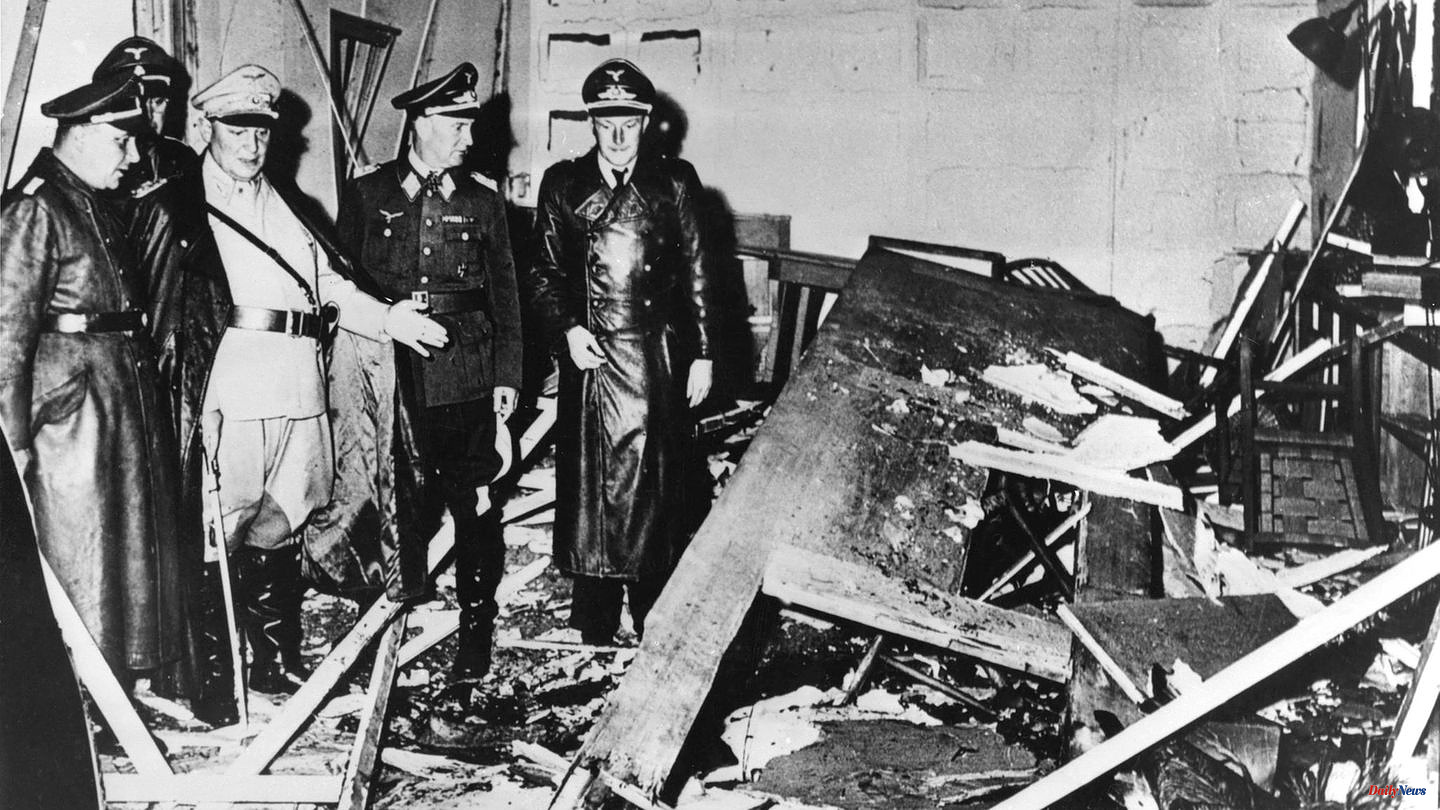 From the beginning of July 1944, the officer Claus Schenk Graf von Stauffenberg was several times with his briefcase full of explosives with Hitler at Obersalzberg or in the Wolfsschanze in East Prussia, 100 kilometers from the Russian front. There were always obstacles, he was "called back" by hesitant co-conspirators, among other things because, contrary to expectations, SS leader Heinrich Himmler and/or Reich Marshal Hermann Göring, who were also supposed to be eliminated, were not present.

The bomb did not detonate until July 20th, and then only half with one of the two explosive devices that had been brought along. Stauffenberg, injured in the war, could no longer sharpen the other one with only one hand and three fingers with flat-nosed pliers.

The author Thomas Karlauf describes the dramatic events surrounding the assassination in his biography on the 75th anniversary of the assassination with a differentiated and sometimes critical view of the conspirators ("Stauffenberg - Portrait of an Assassin", Blessing Verlag).

Explosives experts agreed today, writes Karlauf, that if the charge had been doubled, none of those present in Hitler's barracks at the "Fuehrer's Headquarters" would have survived. Five of the 24 present were fatally injured, others seriously, Hitler himself only slightly, although his eardrum was damaged.

The researchers also see a major weakness in Stauffenberg's dual function as an "on-site" assassin and organizer and thus an important "general staff planner" of the coup d'etat. But in the end, according to Karlauf, the putsch did not fail because of the Nazi regime's resolute resistance, but rather because of resistance or disputes about direction within its own ranks with corresponding time delays, including between the military opposition and the civilian resistance groups around Carl Goerdeler and other protagonists. Karlauf describes this with many details.

Goerdeler, for example, was counting on Hitler being replaced by the Wehrmacht leadership. On the other hand, there had always been considerations of how to get rid of Hitler and how to kill him.

The biography, published in 2019, also goes into detail about Stauffenberg's initial allegiance to Hitler and the enthusiasm of Stauffenberg and other conspirators for the first successes of the war. However, Karlauf does not reveal much that is new. The Nazi past of many resistance fighters, which initially played hardly any role in the Federal Republic in the first post-war years, is not concealed in the German Resistance Memorial Center in Berlin's Bendlerblock and was announced at the latest on the 60th anniversary of the 2004 attack themed. Incidentally, the exhibition in the memorial with numerous documents is still an excellent "abridged version" of some long-winded books about July 20, 1944 and, above all, is always to be recommended to school classes, even if it could perhaps be made a little more lively.

In the Bendlerblock, on the 70th anniversary of the assassination, former Federal President Joachim Gauck recalled that there were still many in the young Federal Republic in the 1950s who continued to defame the men around Stauffenberg as traitors. "Earlier conformists passed unjust and slanderous judgments on those who paid with their lives to oppose the dictatorship."

At the time, the group of conspirators also focused on the controversial question of whether the "tyrannicide" in the 20th century was justified at all and whether the German population supported it despite severe wartime suffering. According to Karlauf, Stauffenberg had come to the firm conviction that a regime had to be overthrown before a better one could be put in its place.

Henning von Tresckow, active in the resistance circles since 1941 and considered by many to be the real heart and engine of the resistance against Hitler, said Hitler had to be "killed like a mad dog because he endangers humanity", as the General Staff officer at the time put it Rudolf-Christoph von Gersdorff remembered in the July 20 television docudrama "Operation Walküre" from 1971 (by Franz Peter Wirth with Joachim Fest).

Despite all misgivings, even at the relatively late point in time of the assassination in the fifth year of the war, the mass killing and dying would have stopped, as the Wehrmacht officer and co-conspirator Philipp von Boeselager put it after the war.

Karlauf also describes in detail the conspirators' considerations as to what kind of "new Germany" after Hitler was actually planned. In the prepared calls that were to be spread during the coup d'etat, there was talk of a "new order" with law and justice for all Germans, the "restoration of the perfect majesty of law" as the most important task of the new state, but also of " natural ranks". Stauffenberg had previously expressed the conviction that the Germans had a historical mandate to lead Europe in order to save the occidental heritage.

In the "government declaration" prepared by the conspirators for the time after the overthrow, which can also be read as a facsimile in the German Resistance Memorial Center in the Bendlerblock, the immediate end to the "inhuman and merciless" persecution of the Jews is announced, the concentration camps are to be dissolved, and the guilty punished will. Acts of war only served the "defense of the fatherland" and no longer "a madman's thirst for conquest and need for prestige". One rejects "cowardly insults against the opponent", because "genuine Christianity" also requires "tolerance towards those of other faiths".

Karlauf goes into detail about the intellectual development and simultaneous military career of Stauffenberg, a descendant of Gneisenau, during the Hitler era. In doing so, he sometimes loses himself in too much detail in military details, including the description of the campaigns in World War II. The rearmament of Germany, which was contrary to the treaty and promoted by Hitler, opened up new career opportunities in the Wehrmacht, as the Reichswehr was now called, especially for the younger generation.

In addition, up until the war years, the political objectives of the Stauffenberg brothers coincided with those of the National Socialists, such as the majority of the nobility and the military, emphasizes Karlauf. "In the army, the word republic was avoided wherever possible." Also on the anti-Semitic measures and eventually the pogroms of the Nazis, not a single statement by Stauffenberg has survived "that withstands critical examination of the sources".

For Stauffenberg, however, the political responsibility of the general staff officer was never an issue, stresses Karlauf. This covered the complaints of other co-conspirators about the "subalternity of the top military commanders who do not want to see that Hitler wants to drag Germany into the abyss".

Military leaders like Henning von Tresckow, who was to play a central role in the military resistance against Hitler, soon recognized this. And Stauffenberg recognized his own responsibility in the key position at the Army High Command and, according to Karlauf, showed "a high degree of consistency and nerves of steel" and probably also in the awareness that he "will probably go down in German history as a traitor", like Stauffenberg few said days before the assassination.

On the eve of July 20, 1944, the devout Catholic went to the Rosary Basilica in Berlin-Steglitz. On the night of July 21, he was summarily shot along with other conspirators in the courtyard of the Bendler Block on what is now Stauffenbergstrasse. Stauffenberg was 36 years old. In all, around 200 co-conspirators and other resistance fighters fell victim to Nazi justice in connection with July 20.

1 New Year: in big cities, public transport all night 2 What you need to know about the transition to winter... 3 "Boom Supersonic Overture": Flight from... 4 Southern Europe: Heat, drought, forest fires: Holidaymakers... 5 "Ecuroducts", plant bridges, nesting boxes... 6 "Here, the car is essential" 7 Death of Elisa Pilarski: the results of analyzes of... 8 Coronavirus: more than one patient hospitalized in... 9 Pogacar continues to fight after a fall: Vingegaard's... 10 Criticism of "Synodal Path": Vatican prohibits... 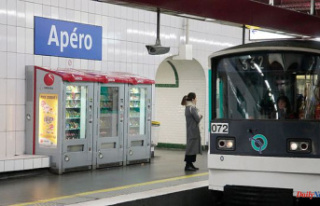