“Our judges are quite depressed”

In the social courts, the sick sue their health insurance company, the unemployed sue the job center, and accident victims sue the trade association. 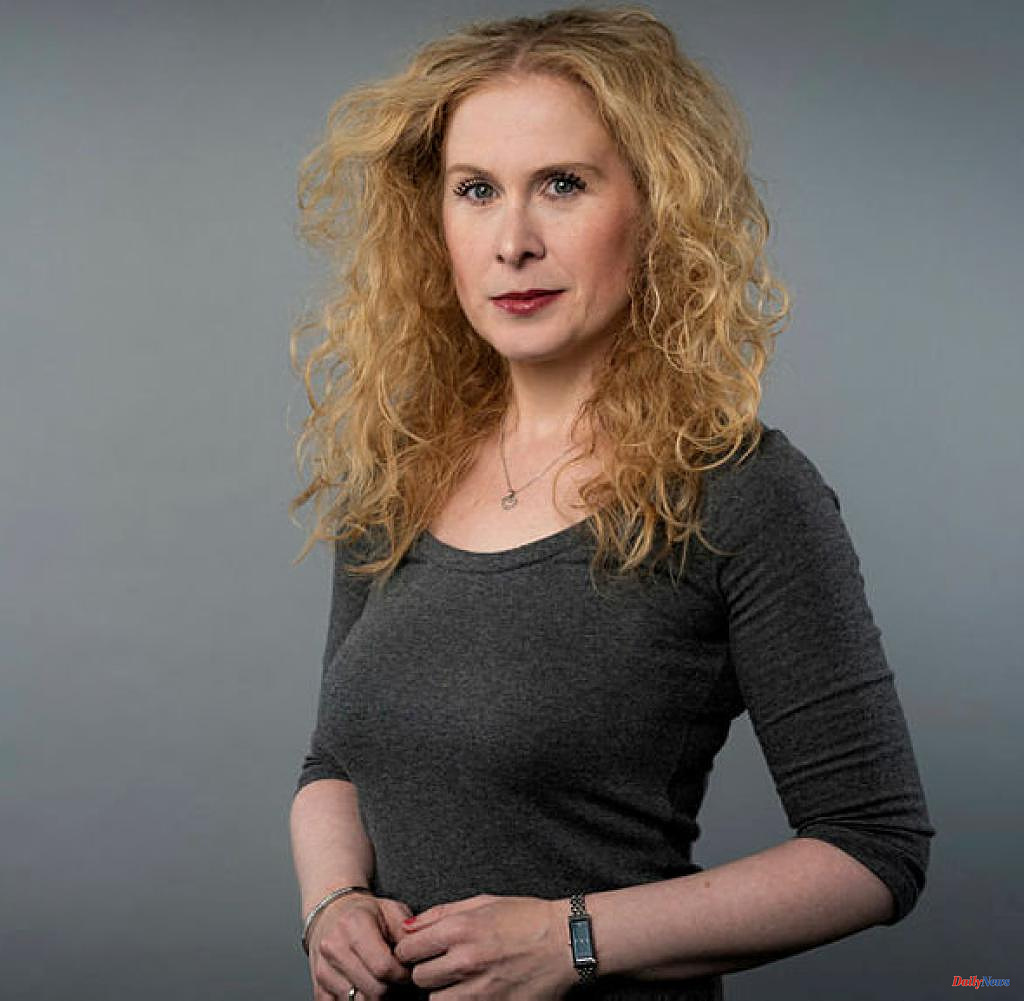 In the social courts, the sick sue their health insurance company, the unemployed sue the job center, and accident victims sue the trade association. Difficult situations in life such as poverty, illness, accidents and old age become visible. The corona pandemic has changed people's view of the welfare state, says the President of the Hamburg State Social Court, Wolfgang Siewert - especially those "who have not previously been dependent on the welfare state". The government help that was often hoped for was "received in many cases," says the 62-year-old. But this has a massive impact on the social courts.

WELT AM SONNTAG: Mr. Siewert, there is a social debate about the smallest amount in basic security up to millions of euros in disputes in the health care system. In addition, every third euro generated in this country is spent on social causes. Is the importance of the welfare state reflected in the equipment of the social courts?

Wolfgang Siewert: No, we are equipped like any other court, neither better nor worse. Although the equipment has improved significantly, the judiciary is still modest. After all, the awareness has also increased at management level that courts must present themselves reasonably.

WELT AM SONNTAG: Sounds like the judiciary is still being neglected.

Siewert: Politicians always have to react to current needs, so the judiciary is not initially considered. Because the judiciary only appears when the child has already fallen into the well. That's why we have to draw attention to ourselves and say where the shoe pinches.

WELT AM SONNTAG: To what extent has Corona changed the social courts themselves?

Siewert: The positive thing is that Corona has given us an innovative boost in technical equipment. In order to hold our negotiations despite the pandemic, the judicial authority quickly provided us with video conferencing technology, for example. All halls now have it, and it's used more often than I would have thought.

WELT AM SONNTAG: What are the effects of the pandemic on the development of the lawsuit?

Siewert: The long-awaited flood of lawsuits has not yet reached the social courts. We have only noticed an increase in the number of cases in individual areas, such as short-time work benefits. But I don't want to give the all-clear. Wherever state benefits were granted quickly and unbureaucratically, they could be recalculated and checked again later.

WELT AM SONNTAG: Many courts complain about overloading. How many cases do you have to handle per judge?

We have existing proceedings in all areas, especially in health insurance law. The high levels there also result from the waves of lawsuits in 2018 and 2021, which involved billing disputes between hospitals and health insurance companies. These cases weigh heavily on us. A chamber for health insurance matters currently has a stock of up to 500 procedures.

WELT AM SONNTAG: And with the basic security right, keyword Hartz IV?

Siewert: When it comes to the right to basic security, the development – ​​at least in Hamburg – is going in the opposite direction. The legislator also reacted quickly in this area, for example, beneficiaries are entitled to compensation payments for additional expenses caused by the pandemic. On the other hand, we are seeing significant increases in the approval or reclaiming of short-time work benefits. And in the area of ​​accident insurance law, the question is increasingly whether an infection with Covid is an accident at work or an occupational disease. These cases are with the trade associations, but we have not yet received them as disputes.

WELT AM SONNTAG: How does the high workload affect the judges?

Siewert: Our judges are quite depressed when – to put it bluntly – they can do little else in some areas than sort through the many complaints received – as is the case with the hospital billing disputes. But I've noticed a great willingness to help one another, especially among the young colleagues. Strategies are also being considered together on how to get the flood of complaints under control.

WELT AM SONNTAG: You are called upon as the President of the Court.

Siewert: You have to make it clear to the judges in this situation that you won't leave them alone. As part of the allocation of responsibilities, the court presidency can reorganize and bring in additional colleagues from less stressed areas. And at the court management level, we approach social security agencies and authorities to ensure that certain complaints do not end up in the social courts in the first place, for example through mediation processes.

WELT AM SONNTAG: You could still shake the door of the judicial or financial authorities and demand more jobs.

Siewert: We do that, sometimes with success. Since 2018, we have had six additional judge positions plus the corresponding office staff, primarily to process old cases.

WELT AM SONNTAG: From January, Hartz IV will become a citizen’s allowance, and the federal government would also like to make families with basic child security financially better off: Doesn’t that herald the next wave of lawsuits?

Siewert: Whenever the law changes, new legal questions arise that need to be clarified. This will probably lead to more procedures - possibly also with citizen money, depending on how it is designed. However, if sanctions are reduced, the number of procedures could decrease. What the legislature has given us is a curse and a blessing at the same time.

In recent years, however, we've had to speak more of a curse because lawmakers often lag behind, trying to catch developments like the hospital billing disputes. For example, statutes of limitations were shortened, but this meant that all cases were quickly brought to court, because otherwise there was a risk of statutes of limitations. These were stones instead of bread.

WELT AM SONNTAG: What challenges will the social courts face in the coming years?

Siewert: We urgently need to reduce the high level of backlogs of proceedings so that citizens can quickly get their rights. There is understandable dissatisfaction. On the other hand, we have to make the electronic legal transactions that have been introduced so viable that we can work with them effectively. And last but not least, we will continue to need qualified staff at all levels in the future.

In the judicial area, Hamburg still enjoys a locational advantage, although social courts have a harder time than other courts. Among prospective lawyers, social law does not play the role it plays in social life. This is because you rightly want to purify the material of the long law degree. Unfortunately, the very detailed social law is often saved.

WELT AM SONNTAG: But there are also tricky cases before social courts, be it thematically or in terms of the amount in dispute.

Siewert: Indeed. We recently had a case in accident insurance law where a young person was leaving the schoolyard to smoke when a branch fell on his head. He was seriously injured and the question arose as to whether he was still insured against accidents in the city park, so to speak, as an extended schoolyard - which, from the court's point of view, was not the case.

In contract doctor law, on the other hand, the amounts in dispute are often very high, since the association of statutory health insurance physicians, doctors and health insurance companies are involved. The point of contention is then about the fee budget of a medical practice. I remember a case that involved a year's remuneration agreement for Hamburg's panel doctors and the background was an increase in the total budget of 17 million euros.

WELT AM SONNTAG: There are currently complaints that the ability to respect other opinions has decreased. How is this development reflected in the social courts?

Siewert: We notice a certain sense of entitlement and something bossy, even if that has certainly always existed. In my opinion, however, there has been an increase in the fact that people insist on their positions, don't look left and right and want to assert their rights at all costs. This is expressed, for example, in the fact that in some cases the social court only fights for small amounts as a matter of principle.

WELT AM SONNTAG: The President of the Federal Social Court, Rainer Schlegel, recently spoke of a "turning point for the welfare state". Government revenue is finite, social security needs to be reviewed: What do you think is dispensable?

Siewert: Actually, nothing can be dispensed with. Perhaps in the area of ​​hospital financing, where there have long been considerations of closing very small hospitals. Rather, there is a need for action in some areas in terms of legal policy, for example to prevent poverty from arising in the first place. Keywords: combating poverty in spite of work or providing insurance for small business owners or the self-employed in old age through employment insurance. In addition, I suspect that most of the population is aware that retirement at 67 cannot be maintained in the long term given our demographic development. 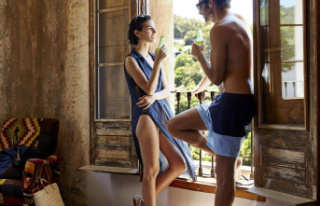 With Airbnb you can now also stay in castles and churches