It was actually a celebratory moment: Last Wednesday, Udo Lindenberg was made an honorary citizen of Hamburg. 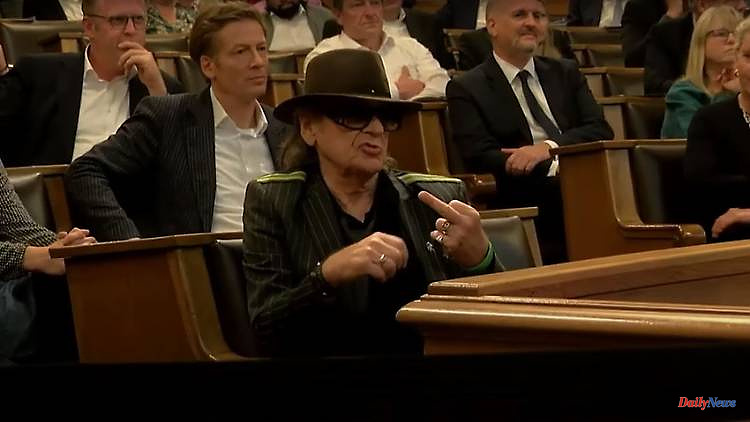 It was actually a celebratory moment: Last Wednesday, Udo Lindenberg was made an honorary citizen of Hamburg. Everyone thought it was good - except for the AfD. The singer acknowledged this by pointing the finger at the right-wing populist MPs. They now shout: scandal!

As an old panic rocker, Udo Lindenberg is used to excitement. And so he's probably just shrugging his shoulders over a glass of eggnog while the AfD in Hamburg wants to drag him in front of the Kadi. And that, although - or precisely because - he has just been made an honorary citizen of the Hanseatic city.

What happened? Last Wednesday, the city of Hamburg awarded the musician the highest award it can give. Although Lindenberg was born in Gronau, Westphalia, the metropolis on the Elbe has been his adopted home since the 1960s. Mayor Peter Tschentscher had therefore already proposed on the singer's 75th birthday in May 2021 to make Lindenberg an honorary citizen.

The fact that it took more than a year for the idea to be implemented was not due to greater resistance to it, but to Corona. On the contrary: the plan met with overwhelming approval across (almost) all party lines.

"Udo Lindenberg is an outstanding personality in our city," said SPD politician Tschentscher, for example, in recognition of the now 76-year-old at the ceremony for awarding honorary citizenship to the city council. Hamburg's second mayor, Katharina Fegebank from the Greens, said: "We are incredibly proud that he has made Hamburg his home and has become a role model for many artists." And CDU parliamentary group leader Dennis Thering was full of praise: "Through his work, he has been connected to Hamburg for years as a musician and also as a graphic artist, as a painter."

Only the members of the AfD had a different opinion. Alexander Wolf spoke on behalf of the six right-wing populists in the city council. He made a comparison between the native of Gronauer Lindenberg and the recently deceased Hanseatic football icon Uwe Seeler. "Compared to 'Uns Uwe', I'm afraid Udo Lindenberg will not be 'Uns Udo'," Wolf denied the musician's suitability as an honorary citizen of Hamburg.

Lindenberg, who was personally present, commented on the statements in his own way. With his right hand he turned an air crank in order to extend his stinky finger with his left hand. Meanwhile, the AfD politician continued to follow suit. By criticizing the strong AfD results in the recent state elections in Thuringia, Lindenberg showed "that he has difficulties accepting democratic election results," said Wolf. "It's an attitude and language that I don't think is worthy of an honorary citizen," he continued.

Now this could actually be easily dismissed and ticked off as an expected farce. It is obvious that the panic rocker, who has often campaigned for tolerance and against right-wing extremism in the past, and the AfD will no longer be friends in spirit. But the party apparently wants to scandalize the incident.

According to information from the "Bild" newspaper, the Hamburg AfD now wants to take legal action against Lindenberg. "We will recommend colleague Wolf to file criminal charges against Mr. Lindenberg," MP Krzysztof Walczak was quoted as saying. In fact, flipping the finger can be punishable by a fine or even up to a year in prison.

Nevertheless, Wolf's remarks could also be interpreted as an insult and provocation. After all, denying the musician the dignity of being an honorary citizen is also hard stuff.

It can therefore be doubted that Lindenberg is now actually threatened with legal consequences. Then an eggnog.

1 After the Queen's Death: What Happens to Harry's... 2 'Both been through a lot': Drew Barrymore... 3 After the death of Queen Elizabeth II: Charles III.... 4 Involuntarily or not: sex tape made Kim Kardashian... 5 "Right award ceremony": Böhmermann wins... 6 While eating in the waffle house: US rapper PnB Rock... 7 No mercy for the twelfth time: John Lennon's... 8 The King tours UK: Northern Ireland welcomes Charles... 9 The best news of all: RTL presenter Charlotte Maihoff... 10 Edinburgh commemorates the Queen: Mourners line up... 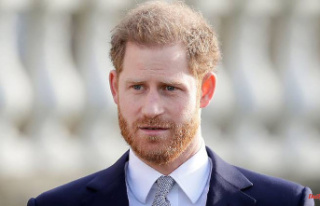 After the Queen's Death: What Happens to Harry's...