Participation in knight parade: Prince Andrew is pushing for a new public role

At the Queen's great jubilee, the disgraced Duke was absent from York - officially because of a corona infection. 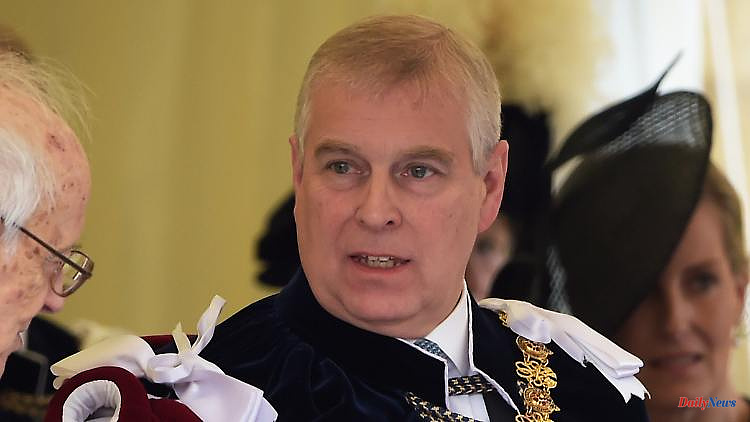 At the Queen's great jubilee, the disgraced Duke was absent from York - officially because of a corona infection. According to British media, Prince Andrew is working hard on his return to the public eye. Tomorrow he should be part of a knight parade.

Prince Andrew is apparently working on his public comeback. The Duke of York has asked his mother, Queen Elizabeth II, to reinstate him as a colonel in the Grenadier Guards, the British Telegraph reported. Andrew, who is considered the Queen's favorite son, is also pushing to resume his royal duties. The newspaper quotes a palace source that the prince wants to appear in public together with the royal family in the future.

As early as tomorrow, Monday, Andrew will appear as a member along with other royals at the annual ceremony of the Order of the Garter, the newspaper wrote. The Prince is a member of this oldest and most traditional order of chivalry in the United Kingdom. Prince Andrew did not officially play a role in the Queen's four-day throne jubilee because of a corona infection.

Prince Andrew had made numerous negative headlines in recent years. Virginia Giuffre settled an abuse lawsuit in a US court out of court in February. Andrew, who is said to have paid millions to Giuffre, has always denied the allegations against him.

The allegations against Prince Andrew in connection with the Jeffrey Epstein scandal have caused significant damage to the royal's reputation. In January, Buckingham Palace announced that Prince Andrew would no longer be referred to as "His Royal Highness" and that his official duties and patronage would be transferred to other members of the royal family.

He was also stripped of his honorary military titles and defended himself as a private citizen in the Giuffre case. Just a few days after a failed interview with the "BBC" in November 2019, he resigned from his public offices.

The Sunday Times speculated that the reappearance of the disgraced duke at the knightly parade would raise many eyebrows. Referring to the heir to the throne, Prince Charles, the newspaper wrote: "Although he loves his brother and can imagine what he must endure, the damage to his reputation remains an insoluble problem."

1 Legislative: Together and Nupes! Neck and neck at... 2 Saxony-Anhalt: Jacobi and Längenfelder score World... 3 Rugby / Top14. Dam: Perpignan continues to win after... 4 The boss of the PS Olivier Faure is in Seine-et-Marne... 5 Legislative 2022. Abstention in Round 1: A record... 6 Legislative 2022. La Nupes is the winner of the first... 7 Parliamentary elections in France: Macron camp is... 8 Thuringia: Two full-time mayors elected: by runoff 9 Drome. Chabeuil's city centre fire: delicate... 10 Saxony-Anhalt: SC Magdeburg celebrates championship... 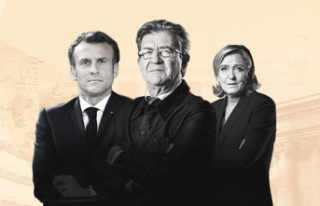 Legislative: Together and Nupes! Neck and neck at...