The FDP is concerned about three disastrous election defeats and bad polls. 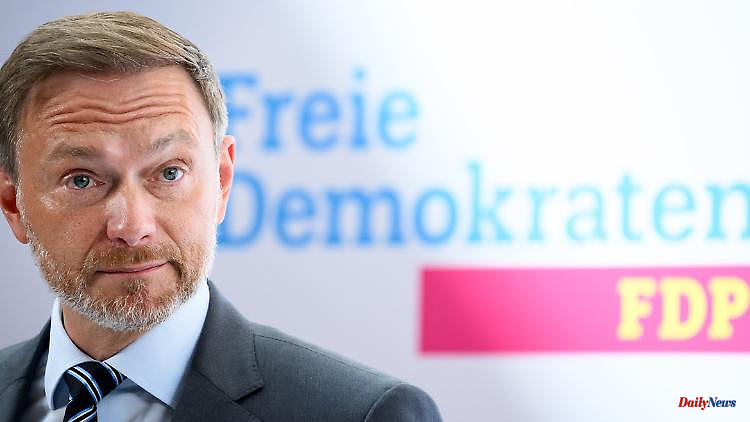 The FDP is concerned about three disastrous election defeats and bad polls. The electorate and the party base miss profile and liberal accents in federal politics. This makes it more uncomfortable for the traffic light government. The FDP is likely to shed its statesmanlike role as a generous group therapist.

The NRW election causes a political aftershock in Berlin. The surprisingly heavy electoral defeat of the SPD and FDP shook the power structure of the traffic light government. A NRW election is always a small federal election and if the government in Berlin get such a receipt, then that means a devastating interim report for the first half of the traffic light year. The fact that, on top of that, a new winning coalition with Black-Green is now being formed in the largest federal state has the effect of a blueprint for the future on Berlin. Suddenly the traffic light coalition feels like a drafty transfer station in the Berlin Republic. The initial magic of the supposedly whirring progress train is gone;

In the SPD, it is not only the severely battered Defense Minister who is now coming under additional pressure. For the chancellor in particular, this defeat has the effect of a wrecking ball on statesmanlike facades. Suddenly his hermetic communication, his unemotional hesitation and his slow-motion indecisiveness were openly criticized from within the SPD. With Robert Habeck, Annalena Baerbock and Friedrich Merz, three top politicians distinguish themselves as perceived substitute chancellors - because all three embody what Scholz lacks: determination and clear communication.

For Scholz and his traffic light coalition, however, it will also be uncomfortable because, on the one hand, the left wing of the SPD will no longer follow the Chancellor so willingly. In particular, deep rifts are opening up among the Social Democrats on the issue of rearmament. On the other hand, a coalition partner was wounded three times and particularly badly in the three elections in Saarland, Schleswig-Holstein and North Rhine-Westphalia. The FDP cannot possibly go over to the traffic light agenda. Unlike the SPD, the FDP chairman Christian Lindner doesn't say anything nice about the drama. It was a "disastrous defeat".

Some in Berlin are already saying that the Liberals are now tumbling around like wounded deer and are uncontrollably destabilizing the coalition. That shouldn't happen, Christian Lindner is too focused on his new favorite double word ("national political responsibility") for that. However, Lindner will have to show his profile from now on - and will therefore be a much more uncomfortable government partner. So far, like a calm group therapist, Lindner has been careful to appease the wild mood swings of the traffic lights and to hold together the colorful muscle play with thick generous pants. While Habeck and Baerbock lived out their profile loudly, Lindner relied on the check book, compromise and secrecy. He of all people, the lustful plain-speaker, was the traffic light's om-sounding yoga mediator in the first half of the year. His current revelation ("the traffic light coalition was never our pipe dream") can therefore be read as an announcement that the balancing act will be over.

At Christmas, Lindner could still feel like the winner of the coalition negotiations. But Habeck and Baerbock later became the communicative winners of the first half of the year. Now the third stage of the traffic light liaison should begin. From the top of the FDP it can be heard in unison that they will now "sharpen their own profile". This has been achieved to some extent in corona policy as well as in financial policy. But only to defend against extended corona bans or tax increases. Now you have to get out of the defensive and produce your own successes (such as an action plan for tax simplification) and get involved in tougher arguments. This could affect the ECB and Christine Lagarde, for example, whose share of the blame for inflation is obvious but has not yet been addressed by the finance minister for the sake of peace.

In the coalition, too, budgetary issues are likely to become uncomfortable from now on. Like a liberal lion, Lindner will fight for his repeatedly promised goal of complying with the debt brake again from 2023. The phase of the financial policy petting zoo is coming to an end.

Lindner knows that he is losing many voters to the CDU because there is an economic liberal in Friedrich Merz. All the more he will use his government power to make himself visible as a doer. So far, he has made the Treasury available as a flexible lever for balancing power, raising money for many involved. From now on he should show claws, especially since his department can rule in all other ministries because of the budgetary competence. The Basic Law expressly grants the Federal Finance Minister the right to veto all financial policy decisions of the Federal Government, which even applies to the Federal Chancellery. According to Article 112, "surplus and unscheduled expenditure" also requires the approval of the finance minister.

Lindner has the traumatic example of Guido Westerwelle in mind. After just one legislature, he had to be responsible for the FDP implosion from record results to being kicked out of the Bundestag because he was unable to give federal politics a liberal profile and disappointed middle-class people finally rallied behind the CDU again. Lindner wants to avoid that at all costs. He will give up the perceived role of the "friendly Opel chauffeur in a red-green car pool" (that's how the "Wirtschaftswoche" currently sees him) and have to get out the programmatic Porsche. His partners know that too. "The liberals have been amazingly good up to now, that should be over now," says a top Green already. But what happens to the government when the group therapist suddenly gets loud? It will definitely be exciting. 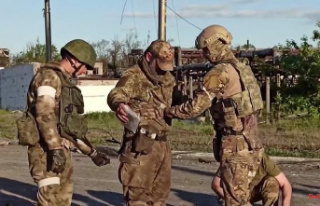