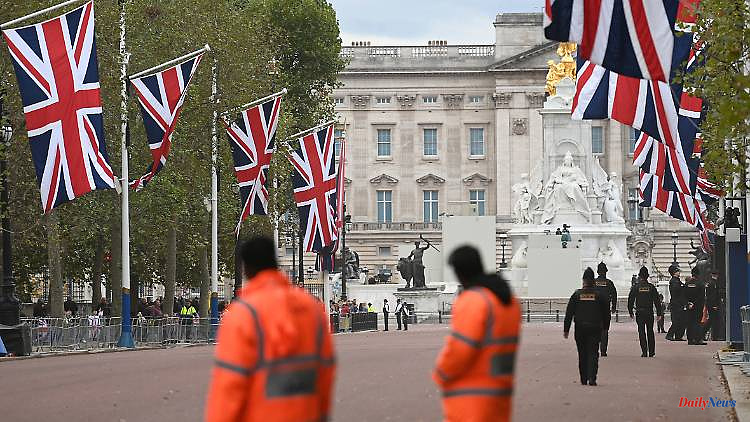 Shortly before Elizabeth II's state funeral, Buckingham Palace released a previously classified photo of the Queen. The portrait dates from last May and shows the monarch wearing jewelry that she once received from her father.

Before today's state funeral for Queen Elizabeth II, the British royal family published a previously unseen photo of the queen. "It was taken this year to mark Her Majesty's Platinum Jubilee, as she became the first British monarch to reach this milestone," the caption said. Now "millions will come together to commemorate their remarkable lives".

The Queen died on September 8th at her estate in Balmoral, Scotland. The photo that has now been shared was taken at Windsor Castle in May. The Queen smiles at the camera. She wears a blue ensemble and her signature pearl necklace and pearl earrings. The picture also shows brooches that the Queen was given by her father, George VI, for her 18th birthday in 1944, according to the Daily Mail. The picture was taken by photographer Ranald Mackechnie, who also made the portrait for the 70th throne jubilee.

The Queen's State Funeral will take place in London. Numerous heads of state and royals are expected to attend the funeral service at Westminster Abbey. The monarch will be buried next to her husband, Prince Philip, in a private ceremony at Windsor Castle.

RTL accompanies the funeral from 9 a.m. in the special program "Point 12 Special: Last Honor for the Queen". Presenter Katja Burkard and nobility expert Michael Begasse report from the studio and provide further background information on the burial in numerous channels to the correspondents on site.

You can read all other events related to the Queen's funeral in our live ticker. 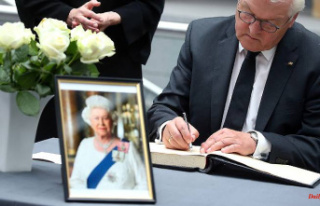 "An event of the century": Steinmeier condoles...