Pierre Salvadori, filmmaker: "I was a very lonely, shy child, and in camp, I could reinvent myself"

This photo was probably taken in the summer of 1977, during a summer camp in Capbreton, in the Landes 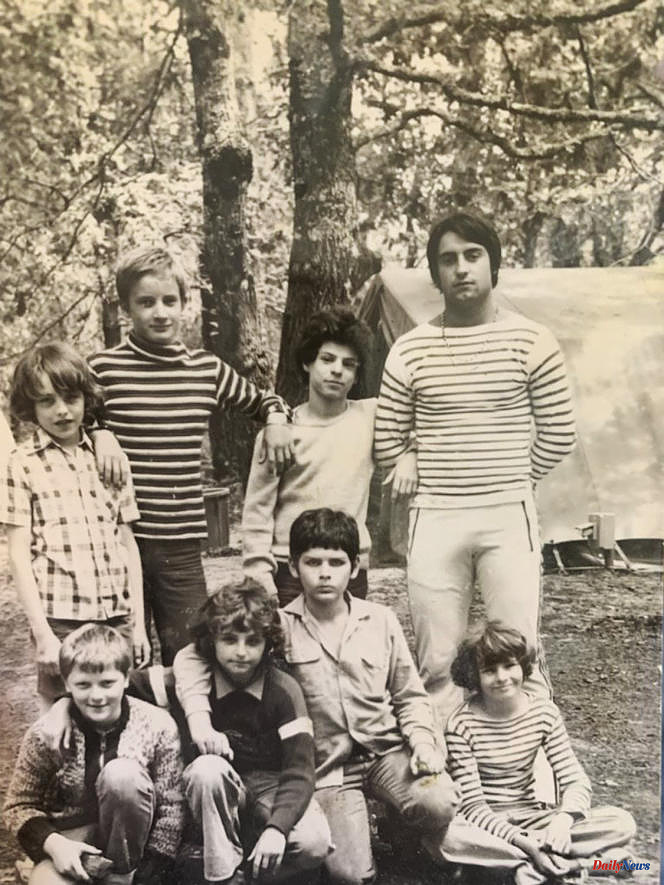 This photo was probably taken in the summer of 1977, during a summer camp in Capbreton, in the Landes. A former instructor sent it to me a few months ago: she reconnected in a moving letter that evoked memories, conversations. The colony is the place that saved me. I was a very lonely, shy child, without a real friend at school, and, in summer camp, I could reinvent myself.

I arrived with confidence: you can see me in white, in the center of the photo, almost rebellious, next to Patou, the nice instructor whose arm I am holding. There, we played treasure hunts, sailed on resin Optimists, we played in the water and the mud, we fell in love... At 7 years old, I wrote my first sketch there, around a suitcase with "1,000 kg" written on it, which a big guy struggled to lift: I arrived, I removed the 1 and sped off effortlessly with the suitcase!

Later, I wrote other sketches, I distributed the roles, I began to direct. One year, we did a satirical skit to make fun of the nurses: in our play, the kids went to the infirmary and came out amputated, sick or poisoned. They were pissed!

In front of me, in the picture, with the shirt, is a camp friend with whom I did the 400 blows – everyone called him Nounours, for his cheeks, or Nosferatu, for his eyes. We stayed close from our 6 years to our 40 years. Trips, madness, big drunken parties... One day, he said to me: "I'm going to Bordeaux!" Not the best idea. Then he went to Thailand, India.

We lost sight of each other. He disappeared, so much so that I thought he had died during the tsunami. Then one day, during the filming of Dans la cour, in 2013, he left me messages, where I heard that he was drunk. The next day he came on set. Strange reunions, seated face to face, with Catherine Deneuve next door… He spoke very loudly during takes. I walked him to the airport, we called each other once or twice, then nothing, again.

Until the day I learned that he had been sentenced to a long prison term in Taiwan. We then resumed speaking through a correspondence that has lasted for several years. There, he works for 2 euros a month, in a tragic situation. I went to see him in the visiting room three years ago. His voice was metallic, shrill, different, while I remembered his child's voice. It is above all through our letters that we speak to each other, with depth and seriousness. His amazes me, does me a lot of good. They help me in times of depression. He gives me life advice, phrases that I think about long after. He taught me to meditate, sends me Buddhist precepts.

Each of his letters begins with a quote that he discusses, then he gives me news and recommends a song for me to listen to. In exchange, he asks me to send him books, like recently Moby Dick. His memory seems intact: he remembers our summer camp anecdotes, the girls' names, night trips, confessions. He reminds me of who I was in those summers, that daring, uninhibited child.

The intensity of our friendship and that of other camp friends inspired me for my film La Petite Bande. These are almost loving relationships. As soon as we were together, everything lit up, everything became carnal, sweet, carefree. I would love to write another film on this, on a friendship through the ages, on this romantic vibration that makes it salt. Like the poetic image in the Simon and Garfunkel song: "Old friends, old friends/Sat on their park bench like bookends." ("Two friends sitting on a bench, supporting each other like bookends.")

1 Danish Chef Rasmus Kofoed's Geranium Restaurant... 2 In the Moroccan desert, the Saint Laurent man imposes... 3 Palais des Glaces: at Christian, in Strasbourg, the... 4 A madman shot dead by the GIGN in Ain after killing... 5 The prefect of police of Paris Didier Lallement will... 6 Emmanuel Macron urges the armies to develop the Universal... 7 More than 4,000 unfilled teaching positions in competitions... 8 Success rate for the 2022 baccalaureate: 86% of candidates... 9 Bac 2022: a success rate of 91.1%, down 2.8 points... 10 Bamako expels the spokesperson for Minusma, the UN... 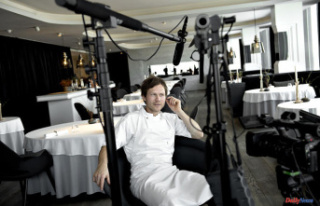