Johnny Depp said he didn't even want to work with Disney on another "Pirates of the Caribbean" film for a million alpacas. 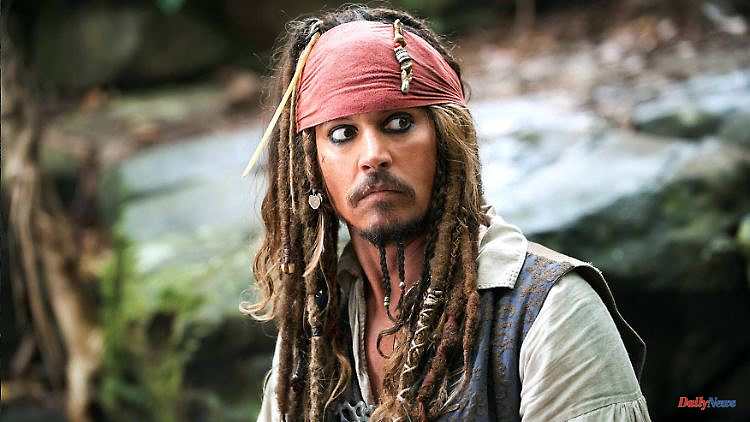 Johnny Depp said he didn't even want to work with Disney on another "Pirates of the Caribbean" film for a million alpacas. Maybe he was even promised two million? In any case, there are rumors that he might return as Captain Jack Sparrow after all.

It's been more than five years since Johnny Depp was last seen on the big screen as Captain Jack Sparrow. Ever since the fifth Pirates of the Caribbean movie, titled Pirates of the Caribbean: Dead Men Tell No Tales, it seemed unlikely that the 59-year-old would return in his iconic role. The reason is the lengthy legal dispute between the Hollywood star and his ex-wife Amber Heard, which also damaged his reputation.

Now, however, "The Sun" reports that the 59-year-old should already be in front of the camera in February next year for test shots for "Pirates of the Caribbean 6" in England. The upcoming strip should therefore have the working title "A Day At The Sea". A director for the film, on the other hand, has yet to be determined.

"The Sun" quoted an unnamed insider as saying: "Johnny will be returning as Captain Jack Sparrow and filming is set to begin in early February at a top secret location in the UK (...). Johnny is expected to be released in early February do a test shoot before production is in full swing." According to the insider, the Disney group responsible for the film production wants to keep this secret.

In fact, Hollywood producer Jerry Bruckheimer hasn't ruled out a Depp comeback to the Pirates of the Caribbean franchise. "The future has not yet been decided," he said about it in the summer. Depp himself said in his trial against Heard that he didn't even want to work with Disney again for $300 million and a million alpacas.

The "The Sun" report was also immediately met with contradiction. Both the British "Daily Mail" and the US "New York Post" report that the information from their rival paper about an imminent Depp comeback is incorrect. Both also refer to unnamed informants from the actor's environment.

By and large, Depp won the defamation lawsuit against Heard, polishing his image somewhat. From a financial standpoint at least, his return to the role of Jack Sparrow would make perfect sense. Parts 2 through 4 of "Pirates of the Caribbean" each grossed around $1 billion at the box office worldwide. Only the fifth part "Salazar's Revenge" weakened a little, but was still extremely profitable for the Disney group with a box office result of around 800 million US dollars worldwide.

Overall, the film franchise has so far brought in the enormous sum of approximately 4.5 billion US dollars. It is currently the 13th most successful film series of all time. Last but not least, there have been plans for a sixth part for a long time. On the other hand, there will be no planned spin-off with her in the leading role, actress Margot Robbie said a few days ago. So maybe Disney added a few alpacas to finally persuade Depp to make a pirate comeback after all...

1 Snapshot in the garden: Harry and Meghan are very... 2 Pro models completely without buttons: What is already... 3 Costs down!: How to save when streaming videos and... 4 Parasite makes pack leader: Infection gives wolves... 5 New edition with a familiar face: Mitsubishi sends... 6 Hessen: Kuehne-Hörmann's mandate is unconstitutional... 7 Saxony-Anhalt: Alliance against the right protests... 8 Bavaria: 96 people from Ukraine treated in Bavaria 9 Hesse: Exemplary teaching - students also awarded 10 Baden-Württemberg: man trapped in an accident with... 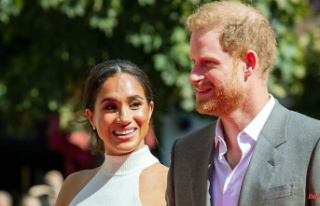 Snapshot in the garden: Harry and Meghan are very...