On his new album "Every Loser" Iggy Pop returns to his musical trademarks. 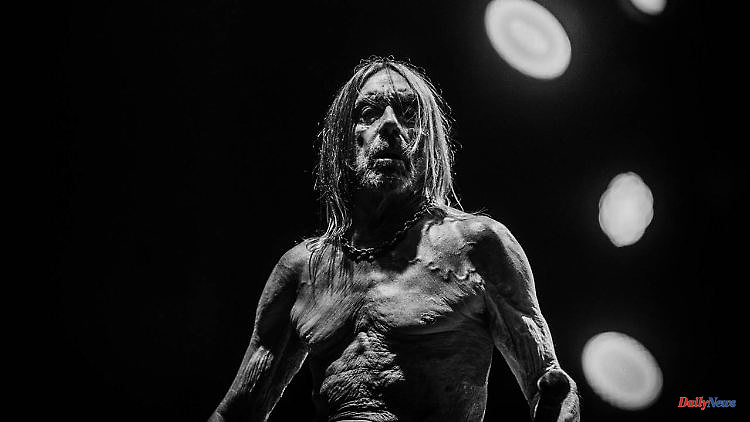 On his new album "Every Loser" Iggy Pop returns to his musical trademarks. Along with Chad Smith, Taylor Hawkins, Duff McKagan and Travis Barker, the scratchy industry legend pulls the punk club out of the bag.

A fuzzy teamwork project with Josh Homme ("Post Pop Depression"), an experimental poetry-ambient-jazz longplayer ("Free") and a forced two-year break in which only a lukewarm collaboration ("I Wanna Be Your Slave" ) saw the light of day with the Italian rock-pop shooting stars Maneskin: Until recently, quite a few Iggy Pop fans were still very worried about their idol's musical late autumn. But now everything is fine again, because the maestro has released his 19th studio album with "Every Loser" - and on this Iggy Pop presents himself as vital, fresh, edgy and robust as probably not too many 75-year-olds on this planet.

"The music will beat the shit out of you," the godfather of punk sounded cocky and self-confident in the run-up to the release. It takes less than two minutes for all doubters and complainers to be quiet again. The man with the leather skin falls gruffly and nasty with the door into the house. "Frenzy", the title of the opener, marks bilious punk. While heirs like Frank Carter and Co are still dancing the pogo while clapping wildly, the wave pop generation of the early 80s is already getting ready behind the sweaty facade. Suddenly the originator's voice greets you from the basement. Now all Bowie fans put their thumbs up ("Strung Out Johnny"). Great.

The cornerstones of the album reach high. But even the supposed fillers have more to offer than some of the highlights of the industry competition. The "Comments", which comes along with funk inserts and a pop chorus, deserves just as much applause as the concluding experimental firework "My Regency".

In the song "New Atlantis" Iggy Pop once again proves his spoken word qualities. And if Johnny Cash were still with us, the pop management would soon have a request for a duet ("Morning Show"). With "Every Loser" Iggy Pop succeeds in a varied journey through time, in which one still feels the need to share all the impressions and experiences gained over and over again long after the return flight.

The author sparks this feeling all by himself with his vocal presence and the distinctive feeling for sustainable song structures. In the end, it almost goes unnoticed that the punk rock prototype from Michigan had the crème de la crème of the international rock industry at the start for his 19th studio album. In addition to star producer Andrew Watt (Ozzy Osbourne, Eddie Vedder, Miley Cyrus, Justin Bieber), Chad Smith (Red Hot Chili Peppers), Travis Barker (Blink 182), Duff McKagan (Guns N' Roses) and the Unfortunately, Foo Fighters drummer Taylor Hawkins, who died far too early, stopped by the studio.

Anyone who was afraid that Iggy Pop might have strayed from his original path can breathe easy these days. The indestructible free spirit of the underground is still a sly old dog. "I'm the guy with no shirt who rocks!" resounds at the hungry pogo crowd. That's the way it is. That's how it should be. And it will probably stay that way (hopefully for a while).

1 Ironically, from Taliban leaders: war crimes allegations... 2 Thuringia: Distinguished Thuringians are honored with... 3 Bavaria: Start of the year in the cold Main: Drei-König-Schwimm... 4 North Rhine-Westphalia: Strikes in front of the club:... 5 Saxony: Refugee accommodation at the Dresden trade... 6 North Rhine-Westphalia: tapped conversation should... 7 Thuringia: Bad Liebenstein is investing in three major... 8 Bavaria: Man after threat and shot on tram in custody 9 Saxony-Anhalt: Magdeburg travel fair with over 100... 10 Hesse: Police: success with increased use in the station... 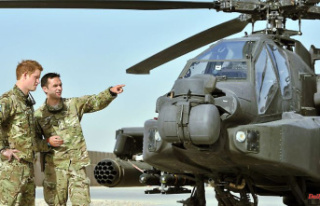