At dawn, detonations can be heard in the south-west of the capital. 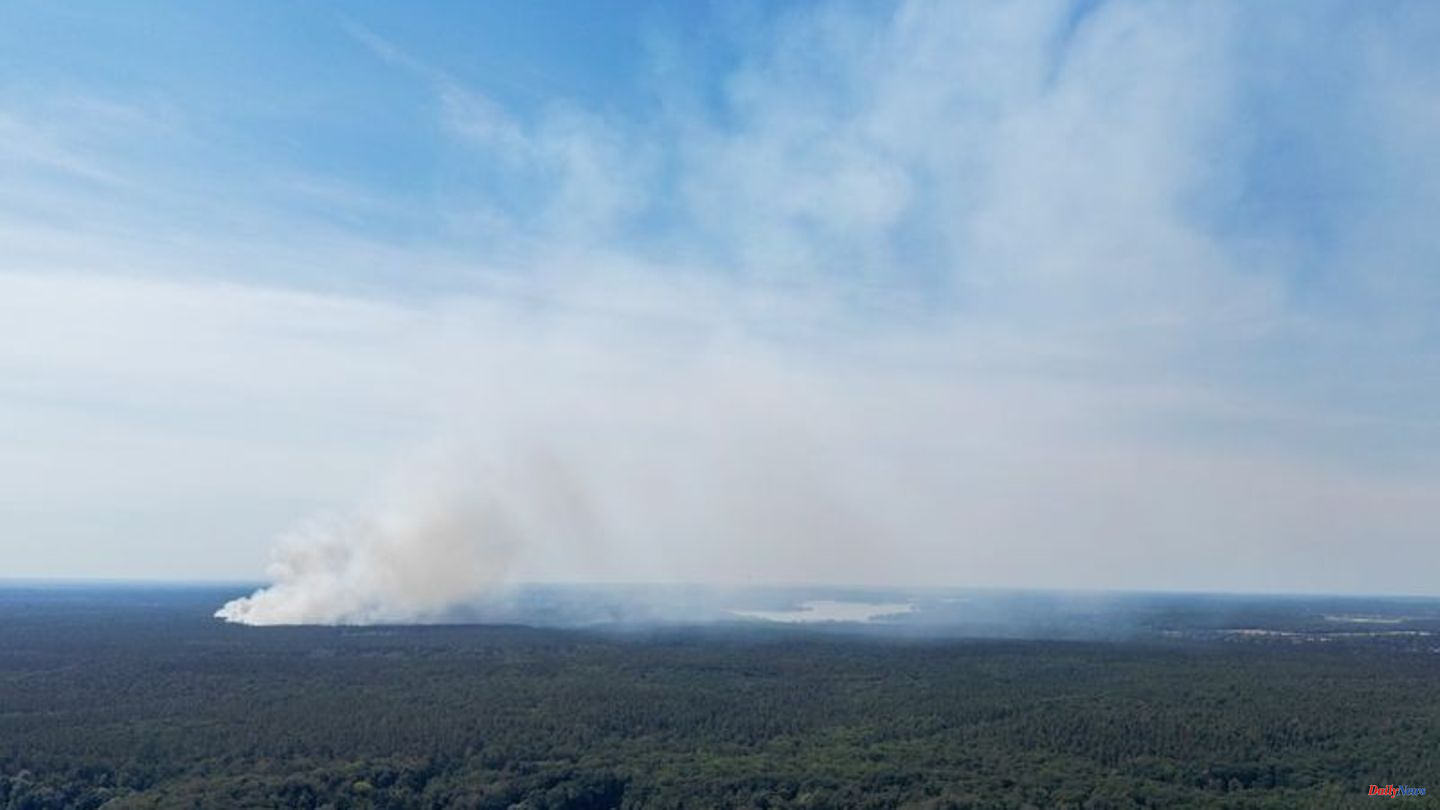 At dawn, detonations can be heard in the south-west of the capital. When the fire brigade received the alarm at 3.30 a.m., the emergency services did not yet suspect that a fire was blazing on and around the blast site in the popular Berlin excursion area of ​​Grunewald - and was spreading into the bone-dry forest.

A fire department spokesman said it could be life-threatening. Ammunition is stored at the Berlin police detonation site, which experts normally render harmless there. This is a big problem for the fire service.

Hours after the fire broke out, the emergency services could not get to the site of the blast and cracking noises could be heard. Because of the risk of further explosions, the fire brigade draws a blocking circle of around 1000 meters. Then, in the late afternoon, good news: extinguishing work also begins in this safety zone.

However, in the early evening there were again explosions at the blasting site. The use of a camera-equipped and remote-controlled special robot from the Bundeswehr, which was supposed to explore the blast site, was then aborted. However, the extinguishing work within the security zone continues.

According to fire department spokesman Thomas Kirstein, the operation will drag on. It was still unclear what the original trigger was and whether it burned first during the night or exploded first.

"We expect to be here at least late into the evening, if not all night," Kirstein said. One is now in good spirits: "We have an independent extinguishing service that will bring us massively forward in the evening hours today." It cannot be assumed that the fire will spread beyond the 1000 meter exclusion zone. The restricted area remains in place, but the fire brigade can now work in certain areas up to 500 meters, said Kirstein.

The forces had previously watered the adjacent forest areas to make it more difficult for the flames to spread. The Bundeswehr supported by creating aisles in the forest, from which extinguishing work could then be carried out.

The fire had spread significantly within the security zone during the day: in the morning, the fire brigade assumed the fire would spread to an area of ​​around 1.5 hectares, which corresponds to a good two football pitches. Hours later, Kirstein stated that the area affected was around 50 hectares. But: "They don't all burn completely, some of them just smoked up," he explained.

damage cannot yet be assessed

The damage in the Grunewald could not yet be estimated for Forestry Director Gunnar Heyne. Unlike in Brandenburg, for example, there is also pine, but a lot of hardwood in the shelter and fresher soil, so he hopes that the fire will not spread so quickly, said Heyne in the rbb info radio.

According to the police, around 25 tons were stored on the eight-hectare detonation site - including fireworks or World War I ammunition. The square was created in 1950, and controlled demolitions are carried out there twice a year for several days, said police spokesman Thilo Cablitz.

Residential areas are not in danger from the fire, the nearest residential buildings are at least two kilometers away, according to the fire department. However, the authorities warned the population to keep windows and doors closed. The area was cordoned off extensively. The Avus motorway and parts of the regional, long-distance and S-Bahn traffic were also affected on Thursday.

Berlin's Governing Mayor Franziska Giffey announced that she would like to talk about the location. "We have to think about how we will deal with this explosive site in the future and whether such a place is the right place in Berlin," said the SPD politician after a visit to Grunewald, for which she had interrupted her vacation. She also wants to talk to Brandenburg's Prime Minister Dietmar Woidke (SPD) about the possibilities for cooperation in the metropolitan region.

The police had written on Twitter that there were no alternative areas of use in Berlin or that they could not be approved. The site is equipped with fire alarm systems, has a fire protection lane several meters wide and provides for continuous irrigation of the stored ordnance.

During the day, thick clouds of smoke could be seen over the fire area on recordings by the fire brigade. It can be assumed that the high level of drought in the area will affect the further course of the fire, it said. "The forest is bone dry," said Jan Thomsen, spokesman for the Senate Department for the Environment, Mobility, Consumer and Climate Protection. The forests could not have recovered from the past drought periods.

The weather should initially only help the emergency services a little in fighting the fire. According to the German Weather Service (DWD), it should remain dry in the region on Thursday and Friday night. However, there are no significant winds that could fan the fire further. Showers and thunderstorms are forecast for Friday afternoon. "There can also be heavy rain," said a DWD spokesman. The amount of rain could then help the fire brigade to extinguish the fire. 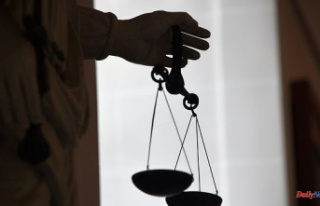