Pomp, pageantry and anointing: the monarchy is just a lie

Chosen by birth, rulers by the grace of God? Especially these days it is worth remembering that the principles of monarchy contradict everything that democratic societies stand for. 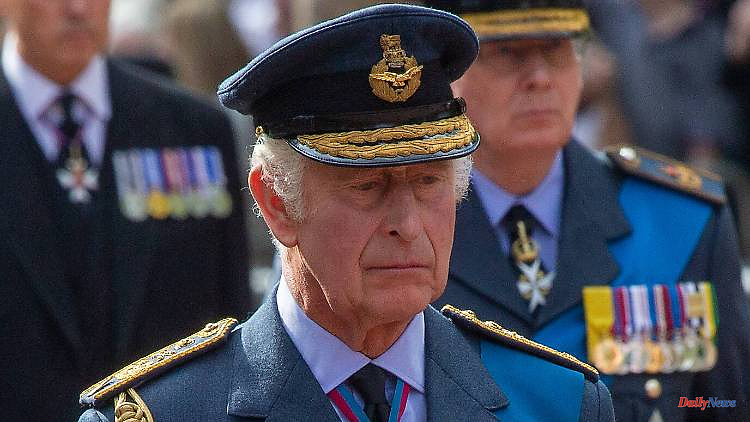 Chosen by birth, rulers by the grace of God? Especially these days it is worth remembering that the principles of monarchy contradict everything that democratic societies stand for.

Only good things about the dead, they say, and this principle should not be violated here. Queen Elizabeth of England was undoubtedly an impressive woman. But this is not about them.

It's about the monarchy, an archaic form of government that nobody in democratic societies normally takes seriously, a matter of colorful magazines and gossip reports, nothing more. And yet, after Elizabeth's death, not only in Great Britain, but also in Germany, the British royal family and the monarchy itself were spoken of with unusual respect.

It should not be forgotten that the monarchy violates a fundamental principle of democratic societies: equal rights for all. Of course, even in democracies, the children of professors, doctors and large entrepreneurs have better chances than the sons and daughters of educators, nurses and small employees. Opinions differ as to whether and to what extent the state and society should become active on this issue. But it is clear to most that there is inequality of opportunity here, and also injustice. In any case, the principle applies: birth should not create privileges.

In addition, despite all the fascination with pomp and splendor, it is obvious that the idea of ​​the hereditary monarchy is based on myths and legends, one could also say on a fiction. "Today, as it has done for more than a thousand years, the crown passes to our new monarch, our new head of state," British Prime Minister Liz Truss said after the Queen's death. "We offer him our loyalty and devotion, just as his mother has done so much for so many for so long."

Why? What qualifies Charles to be king? This cannot be rationally explained, even if every child knows the answer: It is his birth, nothing else. Not the people or parliament, but God decides who leads the nation. And so the British king or queen is also the head of the Church of England. At his coronation, Charles is anointed with holy oil, he calls himself in all seriousness Charles the Third, by the Grace of God of the United Kingdom of Great Britain and Northern Ireland and of My other Realms and Territories, King, Defender of the Faith - that is King "by the grace of God" and "Defender of the Faith".

"Kingship is inextricably linked to religion," wrote the publicist Max Nordau in his book "The Conventional Lies of Civilized Mankind," published in 1883. A dictator can exercise his power by force, but as soon as he wants to inherit his empire, he needs religious legitimation. In a secular society like Britain's, the monarchy seems all the more silly. Today only racists believe that a person should be worth more than another because of their birth - even monarchists would probably reject such a thought. Nevertheless, the monarchy and the aristocracy - abolished in Germany and largely deprived of power in Great Britain - are based precisely on this assumption.

When people watch a film or read a book, they are usually not bothered by the fact that the stories presented there are fictitious - they deliberately refrain from looking behind the fictional facade. The English poet Samuel Taylor Coleridge called this the "willing suspension of disbelief". What makes sense and is necessary in the cinema and in reading seems absurd when it comes to reality. You have to voluntarily refrain from questioning the monarchy in order to be able to believe in it.

In Great Britain, clinging to the royal family against all reason, clinging to the fiction of hereditary power, is an expression of inescapable poverty. "Queen Elizabeth II was the rock on which modern Britain was built," said Liz Truss. "Because of you, Britain is the great country it is today." Although this is also just a "conventional lie", it shows how difficult it is for the British to imagine their country without the unifying bond of the monarchy. It also explains why 62 percent of Britons want their country to remain a monarchy - compared to just 45 percent in Scotland. Fiction is difficult to overcome. But occasionally, with all due respect to Elizabeth Windsor, one should realize that they are just fine lies.

1 LGBTQ community concerned: Right-wing politicians... 2 "Big leap backwards": China is closing 3 A little better or a lot?: The iPhone 14 has to be... 4 Release of cannabis: is Lauterbach threatened with... 5 Stephan Weil in the ntv.de interview: "Our state... 6 After the death of Mahsa Amini: women in Iran cut... 7 Green taxonomy not green: activists fight against... 8 Environmental groups are putting pressure on: countries... 9 After Russian withdrawal: Kharkiv region continues... 10 Ukrainians fight underground: Find out what the opponent... 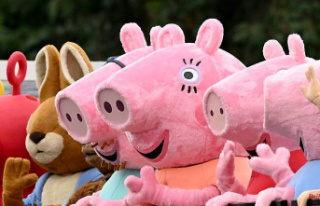