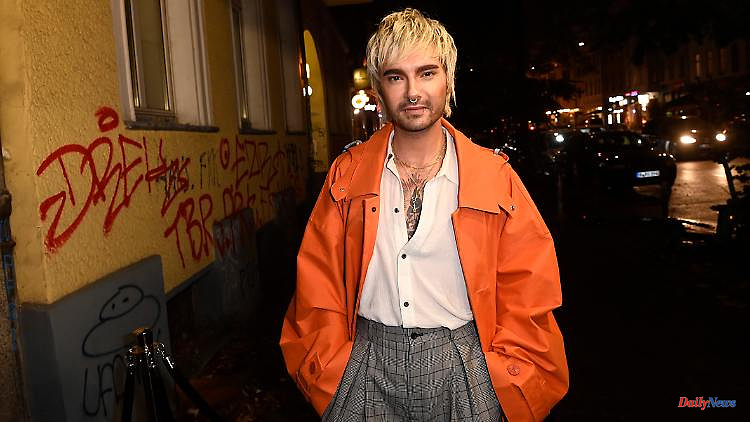 Tokio Hotel frontman Bill Kaulitz has just celebrated his 33rd birthday. But on this occasion he can not only look forward to gifts and congratulations, bad news also reaches him: A worrying skin change has been discovered on him.

Tokyo Hotel singer Bill Kaulitz has been diagnosed with a precursor to black skin cancer. The musician announced this in a story on his Instagram page.

"Unfortunately not only good news for my 33rd birthday! That also happened. My biopsy came back," writes the musician to a black and white photo that shows him in a surgical shirt on the examination table. The result was "severely atypical, pre-melanoma, pre-cancer". Black skin cancer is the most dangerous form of skin cancer.

But Kaulitz gives the all-clear at the same time: "After my small operation today and the removal of all cells, everything should be fine." Thanks to his check-up, the preliminary stage was discovered early. He will continue to be checked regularly in the future.

He himself goes to preventive care every six months, explains Kaulitz and appeals to his fans to do the same. "Do yourself a favor and do the same," the singer said. "Get checked for skin cancer!"

The news of the dangerous skin change apparently burst in the middle of the birthday celebrations for Bill Kaulitz and his twin brother Tom. The pair turned 33 last Thursday and appeared to be having a blast for the occasion.

Both Bill Kaulitz and Tom's wife Heidi Klum posted pictures and videos of the twins celebrating on a private plane. The brothers wear cake-shaped hats with their names and the number 33 on their heads, toast each other and hug. Stevie Wonder's "Happy Birthday" is playing in the background. Klum and her former "Germany's next top model" colleague Thomas Hayo, who is also celebrating, sing and trumpet. Bill Kaulitz would certainly have preferred not to have been informed by his dermatologist.

1 After a TV wedding with Heidi Klum: Theresia Fischer... 2 "Tolkien is turning in his grave": Elon... 3 A kiss on the red carpet: Andrej Mangold shows his... 4 "It breaks my heart": singer Michelle cancels... 5 Sharp attacks in the Bundestag: Merz calls Habeck... 6 Labor law question: How long can a trial work last? 7 Daily and fixed-term deposits: This is where the most... 8 Problem with late desire to have children: Women are... 9 Hesse: Highest average income in the Hochtaunus district 10 Hesse: Hessian state railways continue to expand 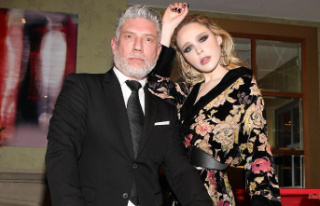