Without explicitly submitting a candidacy, number two Aurélien Pradié and MEP François-Xavier Bellamy expressed, on Wednesday July 20, their interest in the presidency of the Republicans, without a "natural candidate", after the renunciation of Laurent Wauquiez to seek the estate of Christian Jacob 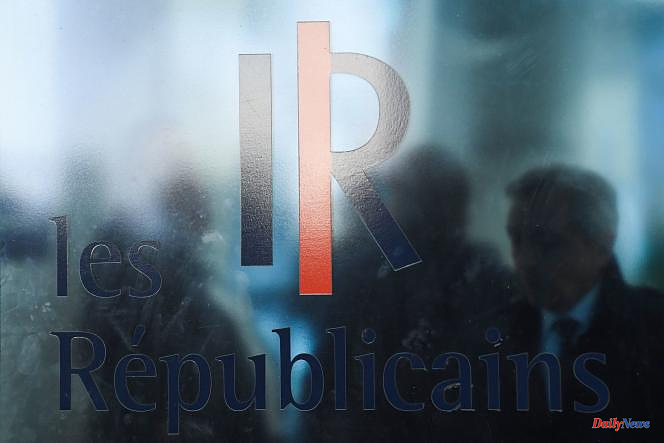 Without explicitly submitting a candidacy, number two Aurélien Pradié and MEP François-Xavier Bellamy expressed, on Wednesday July 20, their interest in the presidency of the Republicans, without a "natural candidate", after the renunciation of Laurent Wauquiez to seek the estate of Christian Jacob. Former European Commissioner Michel Barnier also let it be known on Tuesday evening that he was not ruling out the idea of ​​running.

Potential candidates have until October 3 at 6 p.m. to file the required sponsorships with the high authority of the movement, which will publish the list of contenders on October 18. An electoral guide will be made public and sent to up-to-date activists on July 22. The first round of the election will take place electronically from December 3, 6 p.m. to December 4, 6 p.m., and if no candidate obtains a majority of the votes cast, a second round will be held on December 10 and 11.

"Recipes of yesterday and the day before yesterday"

"I really want to change the lives of my fellow citizens, does it go through the presidency of the Republicans? It's not impossible at all, ”replied on Europe 1 Mr. Pradié, LR deputy for Lot, while ensuring that he had not yet made his decision. "I am 36 years old, the French will gradually learn to know me", he added, specifying that we "will not rebuild the republican right tomorrow with the recipes of yesterday and the day before yesterday. ".

If no one is officially a candidate today to lead the right-wing formation, a few names of personalities are circulating, whose intentions are hardly in doubt. This is the case first of the deputy of the Alpes-Maritimes Eric Ciotti, a close friend of Laurent Wauquiez, who could, it is said on the right, ensure him the best conditions for 2027. "Eric Ciotti does not embody the whole right and I do not embody the whole right and therefore this complementarity is a wealth”, assured Aurélien Pradié.

"Not a presidential candidate"

"French democracy needs a right-wing political formation which assumes its ideas, which assumes its line (…) and if this perspective is not represented in this debate which is taking place, I will take all my responsibilities", a warned on France Inter MEP François-Xavier Bellamy, holding a conservative line. "When we emerge from a crisis like this in a democracy, there is no other solution than to come back to the French, to ask them what they want from our party, what they expect from him, to also rebuild our democratic life in a more general way”, he insisted.

For the president of the LR deputies, Olivier Marleix, "the one who will be called upon to preside over Les Républicains will not obviously be our candidate for the presidential election". Asked at the microphone of Franceinfo, Wednesday, he regretted the decision of Laurent Wauquiez. "It's the somewhat difficult situation we're going to be in, we're in a political life where brands matter a lot, there's the Mélenchon brand, the Le Pen brand, the Macron brand, we have to bring the Les brand to life. Republicans with a president who is not necessarily destined to be a candidate for the presidency of the Republic, "he said.

Michel Barnier, former European commissioner and ex-minister, told the newspaper Le Figaro on Tuesday evening that he did not rule out the idea of ​​presenting himself. "But before committing, I want to be sure that our goal will be collective," he argued. "I want to be useful to my political family and I am ready to participate in the reconstruction of the party. Do not underestimate my own ability to meet this challenge, "added the one who was the negotiator of Brexit. Mr. Barnier, who participated in the LR congress for the 2022 presidential election, also promised that he had "no career plan" and would therefore "not be a presidential candidate" in 2027.

Among the other names circulating are those of the interim president of the party, Annie Genevard, the former minister and mayor of the 7th arrondissement of Paris Rachida Dati, or the mayor of Cannes and president of the Association of mayors of France. , David Lisnard.

1 "These people": Nupes deputies denounce... 2 Purchasing power: the PCF, EELV and the RN accuse... 3 In Nigeria, the national oil company freed from state... 4 Netflix loses a million subscribers in Q2, but expects... 5 Dominique Boutonnat kept at the head of the CNC, despite... 6 American director Tim Burton winner of the Lumière... 7 Tour de France 2022: Tadej Pogacar fails to solve... 8 Sailing: François Gabart and the Ultime class, the... 9 Who is really Marion Rousse, the great lady of the... 10 Women's Euro 2022: a two-speed first round 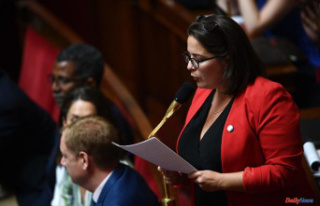