Private audience in the Vatican: Albert and Charlène visit the Pope

Charlene was neither seen nor heard from in public for ten months. 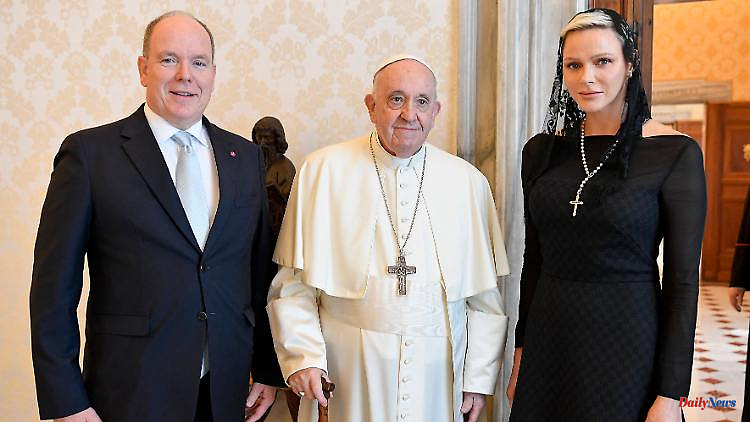 Charlene was neither seen nor heard from in public for ten months. For a few weeks, however, the princess seems to be fit again. After a charity event in Monte Carlo, she and husband Albert II are now visiting the Pope.

Pope Francis received Prince Albert II of Monaco and his wife, Charlene of Monaco, for a private audience at the Vatican. According to an ORF report, the audience lasted around 25 minutes. The pope presented the princely couple with a bronze figure showing a child helping another. Albert and Charlène, on the other hand, would have presented Francis with a print of the palace chapel in Monaco.

Traditionally, female guests of the Pope wear black to an audience. Although Charlene, like other Catholic royals and princesses, is permitted to wear white, during the visit the former South African swimmer opted for a black dress with a black veil. A chain with a large silver cross hung around her neck. Albert wore a classic black suit with a white shirt and matching light-colored tie.

It is not the first visit of the royal couple to the Vatican, but the last was more than six years ago. Pope Francis received the couple, who had been married since the summer of 2011, for a private audience in January 2016. Albert and Charlène have seven-year-old twins together, Gabriella and Jacques, who were born in December 2014.

After Charlène's ten-month absence, the couple has been appearing together regularly in public for a few weeks. On Monday evening, the 44-year-old beamed at the annual Red Cross Ball in Monte Carlo. For the charity event, the princess dressed up and became an eye-catcher with a silver-blue dress by Prada. Her long, shiny robe was elaborately embroidered with silver and shimmering blue flower appliqués. 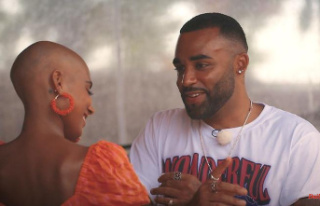 "Bachelorette" in the battle arena: the...