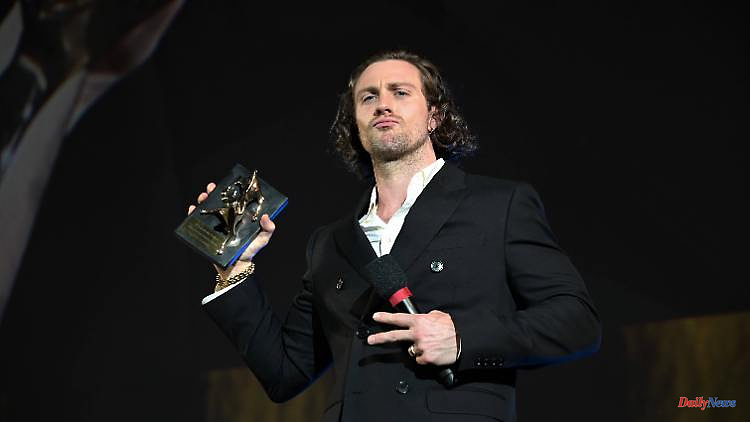 The action comedy "Bullet Train" starts today, in which Aaron Taylor-Johnson also plays a leading role. The 32-year-old Briton is now being honored at the start of the 75th film festival in Locarno, Italy. However, his new film is not in the competition. But Germany is strongly represented.

The 75th International Film Festival in Locarno opened in the open air on the Piazza Grande. The out-of-competition thriller "Bullet Train" created a good mood. Brad Pitt and Sandra Bullock star in the lead roles. Aaron Taylor-Johnson ("Tenet") acts at her side. The British actor was honored at the gala with the "Excellence Award Davide Campari" for his proven versatility from sunny boy to villain.

German cinema is well represented in almost all sections of the festival. Two directors living in Germany are taking part in the international competition for the Golden Leopard: In "Human Flowers of Flesh", Helena Wittmann follows a contemporary in the fight against patriarchal structures. Ann Oren portrays a young woman in the world of equestrian sport in "Piaffe". A total of 17 films from all over the world compete for the main prize of the festival.

The new film by German director Kilian Riedhof, known for his comedy "His Last Race" (2013) with Dieter Hallervorden, is being awaited with particular excitement. He shows under the starry sky "You won't get my hatred". The film is based on the book of the same name by Frenchman Antoine Leiris. In it, the journalist describes his life after the murder of his wife in the 2015 terrorist attacks on the Bataclan concert hall in Paris. The film is screened outside of the main competition but has a shot at the coveted Audience Award for one of the films screened outdoors.

The festival is showing a total of 226 short, feature and documentary films until August 13th. Traditionally, the motto "Here the films are the stars!" applies in Locarno. Celebrities in flashbulbs are rare. For the anniversary, however, some special prizes should provide glamor. For example, Hollywood star Matt Dillon ("Crazy About Mary") and French actress Sophie Marceau ("La Boum - The Fete") are honored. The Greek-French director Costa-Gavras ("The Deputy") is to be honored for his life's work during the festival, which lasts until August 13th. 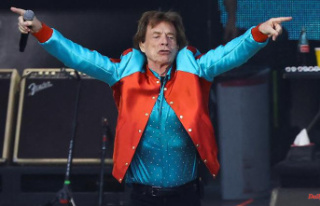 Return to the forest stage: The Rolling Stones are...