Professionals targeted by the police: arrests and injuries at the Eintracht victory celebration

Fire alarm in Frankfurt's Römer, injured football fans - and Eintracht players targeted by the police: the day after the Europa League winner's victory celebration, the dark side of the boisterous party came to light. 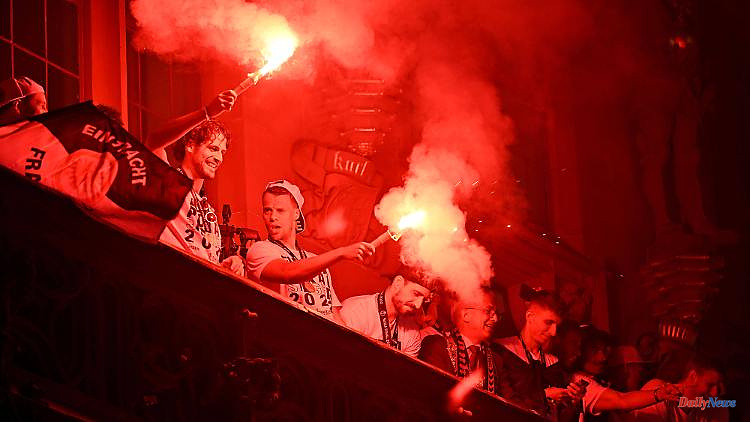 Fire alarm in Frankfurt's Römer, injured football fans - and Eintracht players targeted by the police: the day after the Europa League winner's victory celebration, the dark side of the boisterous party came to light.

At the Eintracht Frankfurt victory celebration after the triumph in the Europa League final, there were scuffles between young people and the police in the Main metropolis on Thursday evening. Around Paulsplatz, rioters attacked police officers with glass bottles and tear gas. According to the police, a total of 24 officers were slightly injured. Eight people were arrested. The police cleared the place.

Before the eviction, Eintracht players had celebrated their victory at the neighboring Römer in Frankfurt with their fans. Pyrotechnics and so-called smoke pots were ignited. According to the police, firecrackers are said to have flown directly into the crowd. Some of the Eintracht players also lit flares on the balcony.

You face consequences. As a spokesman for the police said, the incident will be legally examined in order to initiate investigations if necessary. The matter was documented for "subsequent, secured criminal prosecution". According to the information, the burning of pyrotechnics was prohibited during the celebration.

Most of the fans behaved peacefully. Nevertheless, the fire brigade in Hesse's largest city counted around 600 additional missions by the rescue services. Paramedics and helpers took care of around 230 slightly injured football fans. Around 30 people were taken to hospitals for treatment - most with circulatory problems, cuts and because they had drunk too much alcohol.

A medical squad was thrown at with bottles and firecrackers. None of the helpers were injured. The fire brigade also had to move out because the fire alarm systems in the Römer and in a nearby subway station went off. According to a spokesman, the smoke from the firecrackers and rockets on the Römerberg triggered the alarm. Eintracht Frankfurt won the Europa League final in Seville on Wednesday against Glasgow Rangers on penalties. 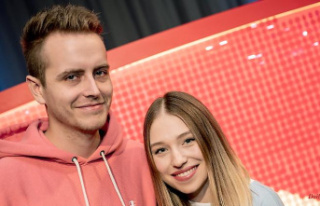