Protecting the body from overheating: advantages and disadvantages of different cooling methods

To protect the body from overheating, there are more sustainable methods than energy-guzzling air conditioning. 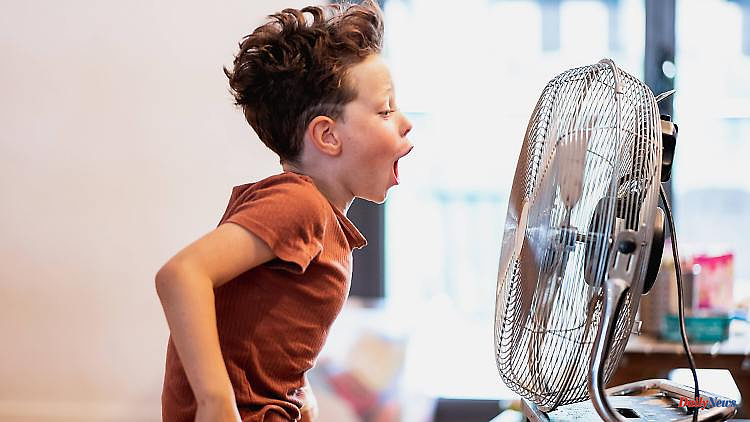 To protect the body from overheating, there are more sustainable methods than energy-guzzling air conditioning. An Australian study shows what they are, how they work and what advantages and disadvantages they have.

Many people in Central Europe currently wish they had air conditioning. But even without an energy shortage as a result of the Ukraine war, the use of these devices is not only very expensive and unaffordable for many because of their high consumption, but also promotes global warming as long as electricity is mainly generated with fossil fuels. In addition, power grids can be overloaded when many air conditioning systems are running at the highest level during periods of extreme heat.

In a study, scientists from the University of Sydney therefore looked at sustainable alternatives that are applicable to most people. The work not only describes different methods, but also lists their advantages and disadvantages in certain situations. All of the alternatives are more sustainable than air conditioning systems simply because they are limited to cooling bodies and are not intended to reduce the temperatures of entire rooms or buildings.

Fans are cheap and effective alternatives to air conditioning, which according to the study use up to 50 times less energy. According to the study, this applies to a maximum humidity of 50 percent. Above this, the efficiency of fans decreases, because then you can sweat less. And fans cool by allowing sweat to evaporate from the skin.

Regardless of the humidity, the researchers assume that young adults up to the age of 40 can easily cope with temperatures of up to 39 degrees with fans, up to 65 years it can be 38 degrees. Since older people are generally less able to sweat, the scientists also recommend the use of water spray bottles, such as those used to moisten indoor plants.

It is also very important for older people to drink more fluids when using fans as evaporation increases dehydration. In general, the authors of the study recommend drinking an additional glass of water every hour. On hot nights this can become a problem.

The Australian researchers only conditionally recommend the use of fans that simultaneously spray water mist. Although such devices can cool effectively without promoting dehydration, they can only be used outdoors or in very well-ventilated rooms. Otherwise, they greatly increase the humidity, which in turn reduces the cooling effect. Since they also moisten the floor, such fans increase the risk of slipping on slippery surfaces.

Similarly, for most users, the disadvantages outweigh the advantages of evaporative cooling. If the air is very dry, they can reduce the temperature in rooms by 10 to 15 degrees, but have almost no effect if the humidity is high. Also, if not maintained, they can become breeding grounds for mosquitoes.

Moistening the body with spray bottles, on the other hand, is a very effective method of protecting yourself from overheating, even without a fan. The method is effective at temperatures up to 47 degrees and very cheap. However, it is also time-consuming because, according to the study, you should spray yourself every five to ten minutes.

Spray bottles are also not an alternative if, for example, you are forced to cover your body as much as possible for professional reasons. Clothing can also be used for cooling, for example by wearing a wet t-shirt. Alternatively, you can put a damp towel on your head if your hairstyle can take it.

Cold foot baths can be very pleasant as long as the water is at least ankle deep. However, the scientists point out that it has not been proven whether this generally lowers body temperature. If the water is colder than 5 degrees, this can also be painful. The researchers recommend a temperature of 20 degrees. They also warn of the risk of slipping when you stand up.

Damp towels filled with crushed ice and placed around the neck are beneficial and have a quick effect in the case of acute overheating (heat stroke). In order to avoid negative body reactions due to excessive cooling, the scientists recommend only short applications lasting one to two minutes. You should repeat them about every ten minutes. This is very time-consuming, since a cooling scarf can only be used for about 30 minutes. You also need an ice machine or a freezer full of ice cubes for this method.

It is much easier to drink cold water. This cools you from the inside and compensates for the loss of fluid through sweating - but you have to do it right. According to the study, a water temperature of around 10 degrees is ideal. Drinking water that is too cold can reduce fluid intake. In addition, evaporation through the skin is reduced proportionally. 'Consequently, the temperature of beverages consumed when a person has already started perspiring has no effect on body temperature,' the researchers write. 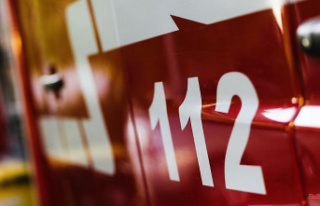