Pseudo-prince for Til's daughter: Luna Schweiger shows up with a new friend

It's been less than a week since Luna Schweiger spoke about her new boyfriend. 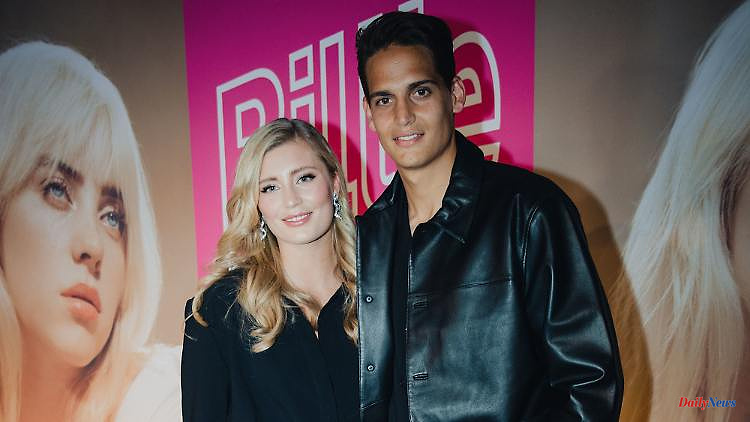 It's been less than a week since Luna Schweiger spoke about her new boyfriend. Til Schweiger's daughter is now dating the adopted son of Frédéric Prinz von Anhalt. And now the two are appearing together in public for the first time.

Where love falls... And in the case of Luna Schweiger, it fell on soccer player Kevin Prinz von Anhalt. The 25-year-old daughter of actor and director Til Schweiger announced this last week. The "Bild am Sonntag" revealed that they had been "together for half a year". And: "We spend a lot of time together."

Now the public has also received a first taste of the couple's leisure activities. Luna Schweiger and her 28-year-old boyfriend made their first appearance as a couple in a thunderstorm of flashbulbs on the sidelines of a concert by singer Billie Eilish in Bonn.

The pair matched well in their outfits. Both came in black. Luna Schweiger chose wide-leg leather trousers and a simple blouse. Kevin von Anhalt appeared in an ensemble of shirt, pants and leather jacket.

As a footballer, Kevin von Anhalt currently plays for the Türkspor Augsburg club in the 5th division. He also recently commented on his relationship in the "Bild" newspaper. "I immediately fell in love with Luna because of her open, relaxed and very funny nature. Rarely have I met a woman with whom I laugh so much and have so much fun together," he said.

1 Having fun in the water: What you need to know for... 2 Please stop: The dos and don'ts on the e-scooter 3 Hesse: Further charges against suspected dealers from... 4 Drome. Autogrill workers on strike to demand a raise... 5 Thuringia: Ramelow supports Bremen with tax on special... 6 Confusion about car insurance: Normal policies are... 7 Hesse: HSG Wetzlar extends with pivot Nyfjäll until... 8 Never refer to it as Turkey again: Why Erdogan changed... 9 Fact check on environmental pollution: Are gas grills... 10 Statue by Architect Imhotep: Egypt Showcasing Treasure... 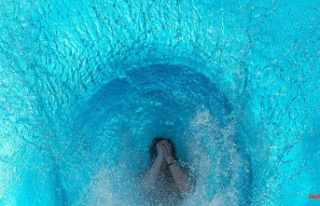 Having fun in the water: What you need to know for...