Purchasing power: the PCF, EELV and the RN accuse the government of refusing to find a compromise 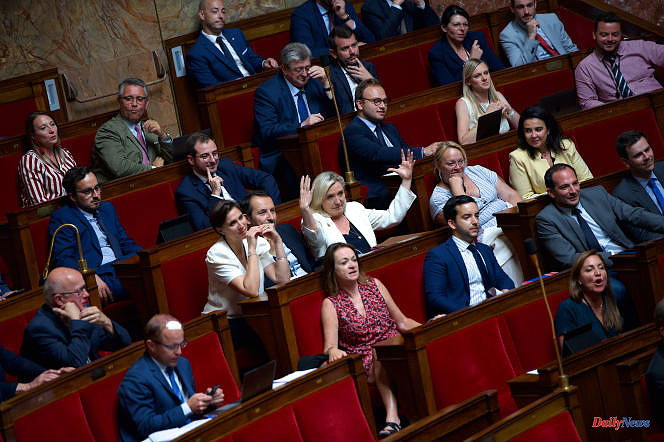 The showdown between the presidential majority and the opposition is likely to last. The national secretary of the French Communist Party (PCF), Fabien Roussel, the ecologist deputy Sandrine Rousseau and the elected National Rally Jean-Philippe Tanguy denounced, on Tuesday July 19, the government's refusal to accept, for the time being, the amendments of the oppositions, while he had however promised compromises on the "package" of purchasing power, the examination of which began on Monday in the hemicycle of the National Assembly.

“The government has not accepted any amendments from all oppositions, so you can imagine the anger that can grip us. We want to move forward, we want to dialogue. Agree to the compromise, agree to find solutions, but yesterday [Monday], nothing, we had no amendment, "lamented Fabien Roussel on France 2.

"The French people need to know: the Prime Minister made a speech quoting the word 'compromis' all over the place, today there is nothing, no amendment accepted by the government, and we regret that,” the Northern MP added.

"Myself, I advocated what's called a fallback amendment, at least that those bonuses could contribute to retirement, Social Security, but denial, denial, denial, denial," he lamented. , without specifying the position on the vote of the law of the communists, which was to be decided Tuesday morning during a meeting of the Democratic and Republican Left group (GDR).

"The government has chosen to turn its back on us, let it draw the consequences," warned, for her part, elected environmentalist Sandrine Rousseau, at a press conference. “No signal was sent to environmentalists, we held out a hundred hands, through amendments, they were all refused,” she said.

After four and a half hours of exchanges in the afternoon, then in the night, the deputies did not come to the end of article 1 of the first bill, which provides for the continuation of the Macron bonus, bonus exceptional exemption from tax and desocialization for employees.

"The government, for the moment, yesterday, did not accept any amendment from any opposition force, including the most moderate forces, even the centrists, they do not even accept amendments from people who have them. yet supported in the presidential election, "criticized on RFI the deputy of the National Rally Jean-Philippe Tanguy.

“For example, yesterday we talked for a while about an amendment so that the Macron bonus would be a little overvalued in the overseas territories, according to the real cost of living, in each of the territories. Even such an obvious, common-sense amendment that was proposed by the socialists, they wouldn't support it. We voted for it because it was a good idea, ”argued the deputy from the Somme.

Goodwill gestures to the right

If the elected representatives of the presidential majority do not reach out to the Communists, the ecologists and the National Rally, they multiply the gestures of goodwill towards the right, in the hope of obtaining the support of some of the 61 deputies The Republicans (LR). Before the examination of several key texts, the elected representatives of the right therefore appear as privileged partners for a power in search of allies.

This is, in particular, the case with the bill on purchasing power, discussed in the National Assembly since Monday, July 18. On this text, the Minister of the Economy, Bruno Le Maire, estimated, on Monday, on RTL, "to be convinced" that "compromises" were "possible" to be found with the LR deputies. Reporting on "constructive" discussions with their leader, Olivier Marleix, the Bercy tenant explained that "everyone is trying to take a step towards each other".

Monday afternoon, the Mayor made a big one. "You will always find an attentive and constructive ear from us on the best value for work," he said, in response to a question from an LR deputy in the hemicycle. Before you let go: "Your proposals on overtime and on the possibility of buying back the RTT are welcome to enrich our text. »

The government, on the other hand, refused LR's proposal to cap a liter of petrol at 1.50 euros. While its cost is estimated at 50 billion euros, Bruno Le Maire presented this measure as a "red line", the implementation of which would "explode public finances". Without going that far, the leader of the Macronist deputies, Aurore Bergé, called for an agreement with LR on the extension of the fuel discount of 18 cents, which is due to end at the end of September.

1 In Nigeria, the national oil company freed from state... 2 Netflix loses a million subscribers in Q2, but expects... 3 Dominique Boutonnat kept at the head of the CNC, despite... 4 American director Tim Burton winner of the Lumière... 5 Tour de France 2022: Tadej Pogacar fails to solve... 6 Sailing: François Gabart and the Ultime class, the... 7 Who is really Marion Rousse, the great lady of the... 8 Women's Euro 2022: a two-speed first round 9 Football Euro 2022: the English dream of a final and... 10 Wilfried Happio misses out on feat in 400m hurdles... 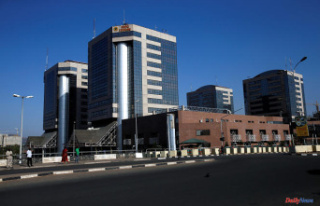 In Nigeria, the national oil company freed from state...