Putin has paid more than 75,000 Euros to the families of Russian soldiers who were killed in Ukraine and Syria.

Russian President takes care of the families of Russian soldiers who have died.

This decree, published in Russian, states that "in the event of the deaths of servicemen serving (and) having participated in the special operation(in Ukraine) or carrying out special missions in Syria their family members will be compensated of five million rubles."

A similar decree was signed in April by the Russian president to protect border guards stationed near the outskirts Ukrainian territory and "volunteers" who were killed in the Russian offensive in Ukraine.

Russian officials are very secretive about the number of National Guard soldiers killed in Ukraine and Syria. The Ministry of Defense reported that 1,351 soldiers were killed on Ukrainian soil at the end of March. Officials and Western experts believe the actual number is much higher. 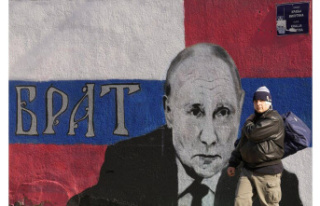 Ukraine war. Why is Serbia still a pro-Russian bastion...