According to Prince Harry, his brother William was against the relationship with Meghan Markle early on. 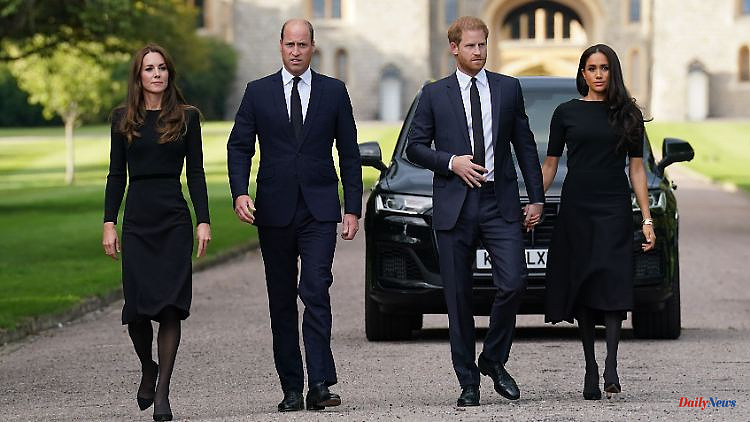 According to Prince Harry, his brother William was against the relationship with Meghan Markle early on. He did not explicitly advise against marriage, but "expressed doubts very early on," says Harry in a TV interview.

Prince Harry has sharply criticized the British royal family for dealing with allegations and problems. "The silence is deafening," said the 38-year-old in an interview broadcast by British broadcaster ITV on Sunday After several allegations by Harry and his wife Meghan, the palace had not made any public comment on request. The interview accompanies the publication of his memoirs "Spare" (German: "Reserve"), which should be available in bookstores from Tuesday.

In Spain, they were accidentally available for a short time in some bookstores on Thursday. Since then, British media have been reporting on spicy details from the book. Harry raises the most serious allegations in the book against his brother Prince William, who is said to have thrown him to the ground and injured him in an argument. According to Harry, the brothers, who were once considered inseparable, have long faced each other in bitter competition. He describes William in the book as a "beloved brother" and at the same time "the greatest opponent".

According to his brother, William is also said to have expressed doubts about his relationship with his current wife Meghan. William didn't advise him against marriage, but "he expressed doubts very early on," Harry says in an ITV interview. His brother warned him that it could be "very hard" for him. "Perhaps he anticipated the reaction of the British tabloids." Harry also criticizes his family's strategy of placing stories and narratives in the British tabloid media. If "royal inside sources" were quoted, that information would come from the Palace. Correspondents would be fed and not question the narrative. "The way the British press is behaving at the moment is causing great damage to Great Britain," said Harry.

While he is harsh in his book and in the interviews, the prince weakens previous allegations: in a past interview with US talk show host Oprah Winfrey, he and Meghan did not accuse racism, despite reports from the Royal Family to the contrary, he emphasizes. For him there is an important difference between racism and an "unconscious bias", which he had previously found in himself and which is common in royal circles. If you are made aware of this, you are responsible for changing this attitude, which he himself has done.

Despite his harsh criticism, the prince hopes for a reconciliation with his family. "I want my father back. I want my brother back. I don't recognize her right now," says Harry. In the same way, the two would probably not recognize him at the moment either. "But forgiveness is 100 percent a possibility," he says. "I really believe and I hope that a reconciliation between us and my family could have ramifications for the whole world." Maybe that's naive, but he believes in it.

In between, Harry seems close to tears in the interview recorded by ITV in California. He verbosely regrets the lack of support from his family and how the fronts have hardened. "I'm sitting here asking for a family," says Harry. "Not an institution, not a family." 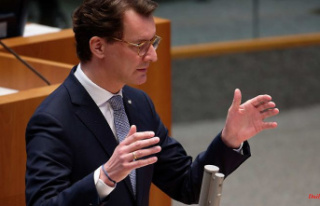