“The main source of water we have in France is precipitation,” recalls this specialist in the water cycle and the impacts of climate change in France. 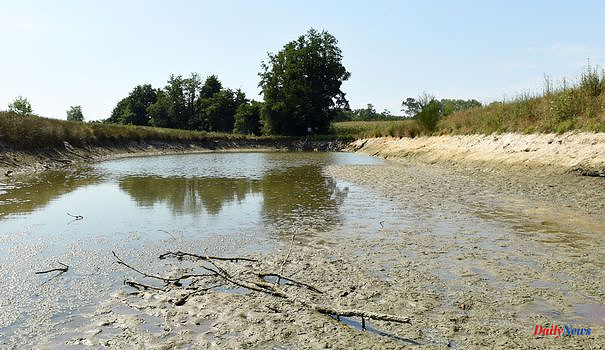 “The main source of water we have in France is precipitation,” recalls this specialist in the water cycle and the impacts of climate change in France.

During the winter, this precipitation recharges the water tables and feeds the rivers.

This year, "all winter and spring, except for June, we had rain deficits over a large part of the territory, which means that both the water tables and the flows are lower than average", notes the researcher.

Successive heat waves reinforce the phenomenon, the soil losing water by evaporation, while "the groundwater is emptied by feeding the rivers and being pumped by human activities", she continues.

Agriculture is the most water-intensive activity. Approximately 40 billion m3 of water are withdrawn per year in France, five billion of which are consumed, ie not returned to the environment.

Agriculture represents 45% of consumption for only 9% of withdrawals, ahead of the cooling of power plants (31% of consumption), drinking water (21%) and industry (3%), according to the government. .

The impacts of agriculture "are significant, because they are concentrated in a single period of the year - the three summer months -, where agriculture can represent up to 80% of the water consumed", always according to the government.

Today, in the event of drought, more or less severe restrictions on water use are put in place depending on the alert level.

If this system is "a good principle", how can we go further, when global warming will intensify the duration and intensity of droughts? Since 2001, metropolitan France has lost 14% of its renewable water resources compared to the period 1990-2001.

"Progressive water pricing can be implemented: the first m3 would be free and then the water would be more and more expensive", in stages, suggests the researcher. "People who use a lot of water would pay a high price for it," she argues.

This track was put forward by the government in 2019 during the Assises de l'eau.

A more radical solution would be the establishment of "quotas" in water per user, continues Agnès Ducharne.

These measures "would encourage more sober behavior in water", she argues.

The main agricultural union, the FNSEA, defends the construction of water reservoirs which fill up in winter, to irrigate in summer because these reservoirs are not affected by the restrictions. "It would be silly to say that it is not necessary, it would be silly to do too much", warns the researcher.

"We have seen in the past that with the development of water reservoirs, the irrigated area increases" and that farmers "remain just as vulnerable to droughts", she indicates, citing Spain as a counter-example. .

"We must avoid this type of mal-adaptation to climate change," she insists.

"The best place to store water is in the groundwater, sheltered from evaporation and pollution", unlike water reservoirs where "it evaporates and is lost", underlines the specialist in hydrology.

Other avenues, "crops more adapted to summer drought", eating less meat to reduce feed needs for animals or even irrigating at the soil surface rather than by dispersion where water is lost by evaporation, suggests Agnes Ducharne.

The reuse of wastewater is also part of the tracks, for agricultural or other uses (golf courses, gardens, etc.) as well as savings made by individuals.

The choice of nuclear power is also raised by the researcher. "I'm not sure that wanting to develop electricity production in France mainly via nuclear power is, in the face of future drought problems, the most obvious solution", she comments.

"When there is no more water at all, we cannot make it, we can just bring it in. There is no miracle to be expected", warns the researcher. 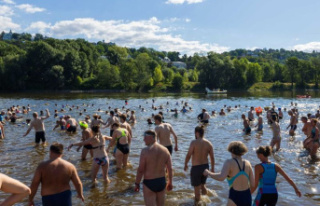