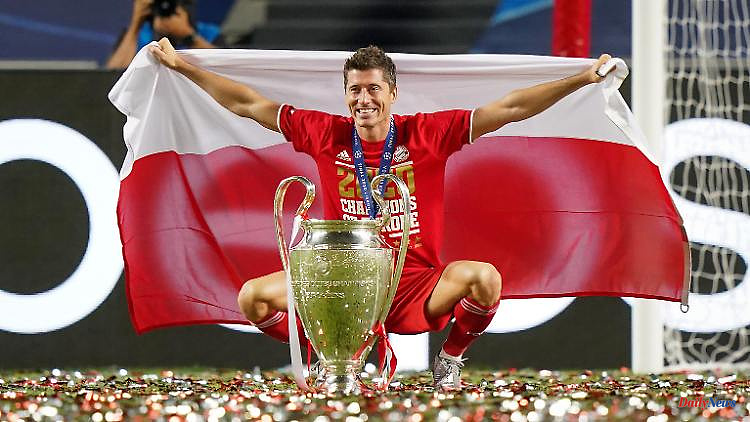 Robert Lewandowski will leave Bayern, that's clear. When is debatable. FC Barcelona would get the striker quickly, Lewandowski would probably like to follow the call. Despite a Bavarian "Basta!" Apparently there are already talks between the two big clubs.

Oliver Kahn is very clear when it comes to the near future of his top striker Robert Lewandowski, who is willing to emigrate: With a view to the world footballer's contract, which runs until the summer of 2023, Kahn recently spoke a word of power on Bavarian television: "He will fulfill this contract - basta! "

Of course, the discussions and conjectures about a premature departure of the Pole are not over, for years we have been too familiar with the processes in international football when a player does not want to fulfill his contract to the last day. With a lot of money, solutions can usually be found that make divorce palatable for everyone involved. Especially when the last year of the contract and thus also the departure for free knocks on the door as a worst-case scenario.

That's how the "Basta!" FC Bayern in the Lewandowski matter not to be quite as definitive as the CEO would like you to believe: "There are currently negotiations," revealed Xavi Hernandez, coach of FC Barcelona, ​​recently. They are not easy, "since it is Bayern Munich. But he is one of the options." According to media reports, Lewandowski's adviser and FC Barcelona have verbally agreed on a change of striker in the summer.

As part of the record champions' last game of the season against VfL Wolfsburg, Lewandowski made it public that he would not renew his contract - and announced on the Polish broadcaster "Viaplay Sport Polska" It's quite possible that it was my last game for FC Bayern. I can't say one hundred percent, but it could be." In the next few days, it's about "finding the perfect solution for both sides."

Bayern's sports director Hasan Salihamidzic had previously confirmed to "Sky": "I spoke to Lewa. During the conversation he told me that he did not want to accept our offer to extend the contract and that he would like to leave the club. " At the same time, Salihamidzic assured that a premature change was out of the question for him: "I don't deal with that because our position was always clear." If FC Bayern wants to get a fee for its striker, who was the top scorer in the Bundesliga five times in a row, a farewell in the summer is probably the last opportunity to do so.

1 Tournament victory before the French Open: Kerber... 2 Superstar extends PSG: Mbappé makes a spectacular... 3 'As women we have compassion': women's... 4 Marder available for Ukraine?: Internal Bundeswehr... 5 Crypto crash and gang war: Bitcoin dictator Bukele... 6 Anger at president and club: Spanish league wants... 7 "I'm dealing with inquiries": Löw... 8 The day of the war at a glance: Heavy fighting in... 9 Women's Champions League: Olympique Lyon creates... 10 Trump, on the other hand, is not affected: Russia... 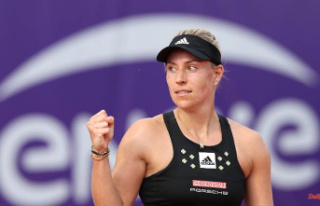