Collector's items worth millions of the caliber of a Ferrari 195 Inter are more likely to be found in air-conditioned halls than on the street around the corner. 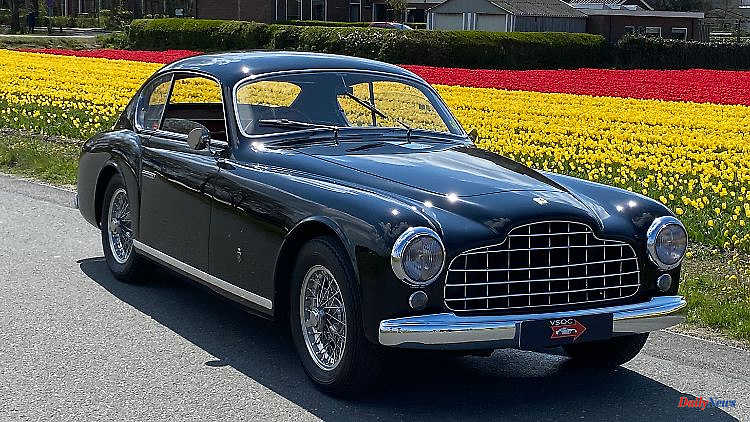 Collector's items worth millions of the caliber of a Ferrari 195 Inter are more likely to be found in air-conditioned halls than on the street around the corner. But ntv.de tracked down a copy north of The Hague and even drove with it.

Driving reports about Ferrari models from the early 1950s are usually not that easy to realize. There is no shortage of reasons why such endeavors tend to fail: insufficient insurance cover, assumed inability to operate stubborn manual transmissions without or with only a lack of synchronization or simply the impossibility of finding a suitable object. It was only with the widely ramified 250 model family introduced in 1952 that the Italian sports car manufacturer gradually advanced to become a series manufacturer - this series, with all expansion stages and derivatives, cumulatively reached four-digit numbers.

In contrast to the racing versions, with which contemporary new car buyers took part in events such as the then original Mille Miglia or the breakneck Targa Florio road race, the Inter variants were intended for the well-heeled locomotion of well-heeled people. Finding her on the street around the corner is more like winning the lottery. At the annual, modern Mille Miglia in Brescia, on the other hand, it works every now and then. It's actually a pity, this extraordinary piece of automotive cultural history deserved a little more public visibility.

Accordingly, the 195 Inter is an elegant tourer with lavishly upholstered leather seats. The interior is full of fine materials such as wood and metal. The fact that the Italian from 1950 is an engineering car through and through can be seen not least from the instrument cluster, which, in addition to engine speed, speed and water temperature, also provides information about the oil pressure. For laypeople, it is difficult to classify the Ghia body, as its front end in particular ranks somewhere between Aston Martin and Moretti. Hardly anyone would think of Ferrari if the striking emblem didn't provide the solution.

Perhaps before you set off you should know that the Cavallino Rampante is a very special engine under the black painted bonnet. The twelve-cylinder with Weber double carburettor has only a narrow displacement of 2.3 liters, which the model term also stands for. The "195" designates nothing else than the single cubic capacity of a cylinder (always, but not always applied rule at Ferrari) - 195 multiplied by the number of cylinders results in exactly 2340 cubic centimetres. Apart from the atypically small volume for a 12-pointer, the performance of 135 horses is not exactly overwhelming.

So that there are no misunderstandings - the 195 Inter was hardly weak at a time when Italy was denying its mobility with the Cinquecento and 14 hp, which was soon to be phased out of production. Compared to a wild Ferrari 340 America with well over 200 hp, however, the 195 was a rather well-behaved Gran Turismo, which nowadays attracts more sophisticated lovers of automobile culture than clumsy hp fetishists.

The excitement of finally rolling the 195 onto the road is slowly increasing. The mini-pistons of the 2.3 liter set in motion with a typical humming sound: like most V12 engines of the modern era, the 70-year-old carburettor engine does not “organ” when starting with the conventional noise, because the resistance for the electric starter is due to of the small ignition interval remains the same. Later, the unit developed by designer Gioacchino Colombo falls into a cultivated course, remains acoustically present, but never becomes a strain on the ear - on the contrary. It sings melodically in the direction of maximum speed, but hardly encourages you to constantly use all reserves.

Early road Ferraris are more elegant cruisers than rowdy athletes. So you don't have to feel driven, especially when operating the diva-like five-speed gearbox with the stylish knob engraved with Roman numerals. Only the first gear is nominally unsynchronized, but double clutching and adjusting the speed when going from fifth to third, for example, can't hurt if you want the ratio change to be silent.

After a bit of getting used to, you can drive this Ferrari nimbly, steer it quickly through bends with its large steering wheel, which, of course, is somewhat stiff due to the lack of a servo. Sure, taking risks with an object worth millions might not be a good idea, but letting the rev counter pass the "50" mark on the straight is okay.

Of course, the Italian is not really fast by today's standards, its top speed is put in the literature at 180 km/h - but that is a powerful announcement in the super sports car world of 1951. Bolides like a Maserati A6 or the contemporary high-flyer Ferrari 340 with its powerful 4.1-liter twelve-cylinder are faster. Nevertheless - at significantly lower speeds, the 195 Inter feels more comfortable, which wants to be kept clean on the track with tact.

Dealer Alex von Mozer nevertheless advertises that the last previous owner of this jet black 195 Inter has repeatedly taken part in the Mille Miglia, which has been held in historical format since 1977, although according to the official lists only the racing models 195 S and the Inter dressed by motto are permitted. After all, today only vehicles that started at the original Mille are allowed to drive. But when such a prestigious guest announces himself, the Mille Miglia Committee seems to turn a blind eye.

By the way: Most passers-by will probably hardly identify the oldie as a Ferrari and certainly not as such an expensive object, for which more than one million euros have to be sold over the counter. It does get looks from passers-by on the street, but probably every car from that time gets them. In this respect, the 195 could probably be used for a tour into the blue without any problems. Only the small change required for its purchase should then be the decisive hurdle for most car enthusiasts.

The Ferrari 195 Inter is an Italian for advanced drivers, and that's not just meant in terms of driving, but especially economically. 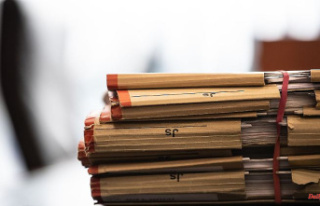