When shooting the film in Italy, Volker Bruch wants to go on an evening hike with an overnight stay in a hut - and this triggers a rescue operation. 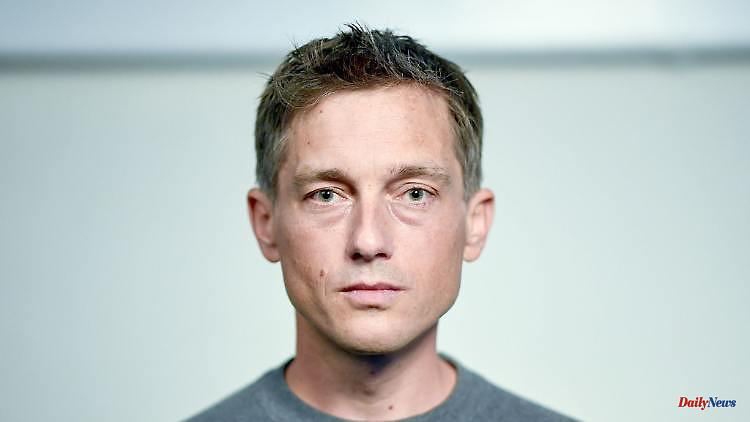 When shooting the film in Italy, Volker Bruch wants to go on an evening hike with an overnight stay in a hut - and this triggers a rescue operation. Now the "Babylon Berlin" actor speaks up and explains how the fiasco came about.

Volker Bruch spoke up after his alleged disappearance. At the weekend, media such as "leggo.it" reported that the actor was missing after a hike in the Italian Alps. Now the 42-year-old explains in an Instagram story: "Just a quick look at the headlines. I felt and feel wonderful. I just went on a hike with an overnight stay in a hut." It goes on to say: "Today I wasn't available until noon due to a lack of network, which then caused a rat's tail of panic."

At the time of the newspaper article, everyone had long since calmed down, he continues. Finally, the "Babylon Berlin" star says goodbye to his fans with "Baci di San Remo" - in English: "Kisses from San Remo." In a previously recorded story, Bruch also explained that he was on his way to San Remo, a coastal city in northwestern Italy.

With an evening hike, the German actor triggered a mountain rescue mission in Piedmont. The Munich native, who lives in Berlin, hiked alone in the area around the northern Italian municipality of Formazza northwest of Lake Maggiore on Saturday evening and did not return, the authorities said.

Colleagues from the team of the film "2 Win", which is currently being shot there, did not find the 42-year-old in the hotel this Sunday before their planned departure and informed the authorities. According to their own statements, the emergency services were able to contact Bruch and determine his position at around 2500 meters. In the phone call he said in English that he was fine. A helicopter was also used for the search.

Bruch is currently shooting the drama "2 Win" with fellow actors Daniel Brühl, among others. The film, directed by Stefano Mordini, is scheduled for release in 2023. It is about the World Rally Championship in 1983, in which the Italian team wants to challenge the German for the title.

1 The right power surge is missing: Toyota bZ4X - not... 2 Baden-Württemberg: Seven seriously injured after... 3 Bavaria: Man died after an accident in Aschaffenburg 4 Russian Kremlin critic in exile: Ex-Prime Minister... 5 Record inflation: Stock exchanges suffer price losses... 6 After Oscar slap: Will Smith plans Hollywood comeback 7 Bavaria: 52-year-old died after an accident in Aschaffenburg 8 "At some point there will be a bang" in... 9 Reacting correctly: The best tips for bee and wasp... 10 Credit rating agencies: You can do this against negative... 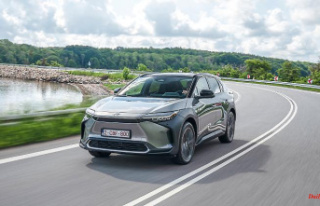 The right power surge is missing: Toyota bZ4X - not...