Reactions from Ukraine: "That's Scholz, not a man of big steps"

The fears of the Ukrainians were great that Scholz could urge Selenskyj to make concessions to Russia during his visit. 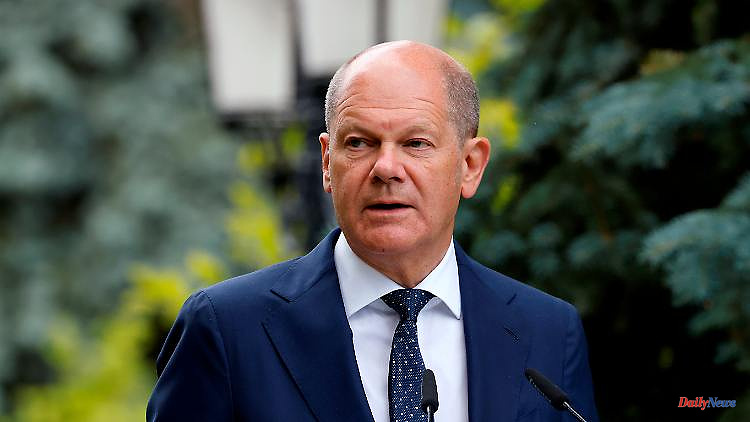 The fears of the Ukrainians were great that Scholz could urge Selenskyj to make concessions to Russia during his visit. Apparently that didn't happen. Nevertheless, people expect more from Berlin in the Ukraine.

The historic visit of Federal Chancellor Olaf Scholz together with the heads of state and government from France, Italy and Romania in Kyiv was expected in Ukraine with limited anticipation. Fears were too great that the top European politicians would come to Ukraine in order to signal support for Ukraine becoming a candidate for EU membership, while at the same time demanding concessions from President Volodymyr Zelenskyy.

Such voices could be heard ahead of time from semi-official representatives of the Ukrainian government, such as Advisor to the Minister of Interior Viktor Andrusiv or Advisor to the Head of the Presidential Office Oleksiy Arestovych. It would be wrong to take their statements for the position of Ukraine. Nonetheless, such fears dominated the Ukrainian public. In short: The expectations of the visit were not very high.

"If we look at the official statements, the visit was successful for us," commented political scientist Volodymyr Fessenko, who is close to Zelenskyy, on Facebook. "There was no such thing as 'treason'. On the contrary, the statements made by the European guests corresponded to our interests." The statements by the French President were perceived particularly positively. In conversation with Ukrainian journalists, Emmanuel Macron confirmed that there was an agreement not to deliver Western combat aircraft and tanks. But he promised support until Ukraine's "victory", quoted the first line of the Ukrainian national anthem and announced the delivery of six more Caesar howitzers.

"In fact, there are no signs of any agreements behind closed doors," political scientist Heorhiy Chyshev, coordinator of the Expert Group on European Dialogue in Ukraine, told ntv.de. "The clear commitment to candidate status was an important sign that Ukrainians have earned over the past decades. Before the end of the war, you can't talk about joining the EU, and overall Ukrainians have fewer illusions about the EU than before Ten years ago, when many still thought that the EU was a quick way to a better life without having to do anything special yourself. We now know that this road can be very long. But we are prepared to walk it."

According to Tschyshev, this has to do not least with the fact that Ukraine finally broke with Russia as a result of the large-scale Russian invasion - and now the Ukrainians want to identify even more with the EU. A single "special path" is out of the question.

The fact that Scholz finally came and expressed clear support for the candidate status after all the diplomatic quarrels, such as the non-invitation of Federal President Frank-Walter Steinmeier, was by no means overlooked in Ukraine. "Visits to Kyiv, and especially to places like Irpin, are affecting our partners in the right way. They are beginning to perceive Russia's war against Ukraine more sensitively and realistically," Volodymyr Fessenko stressed.

But although President Zelenskyj was quite positive when he answered the question of whether he was satisfied with the talks with Scholz - in Ukraine there is a slight disappointment that the Chancellor did not even announce new arms deliveries like Macron, especially since Germany only had three instead of the speculated four Mars II rocket launchers. "That's actually a bit disappointing, even if the expectations of Berlin in this country are often a bit exaggerated," says Heorhij Tschyschow. "The Ukrainians like Germany and, as the strongest country in the EU, it is often perceived as a kind of European USA. This overlooks the fact that Germany has a comparatively weak army and is far from having the same opportunities - and both the financial aid and the massive intake of refugees cannot be questioned."

According to Tschyschow, the "somewhat unnecessary" dispute over Steinmeier's trip can now be considered settled. "Despite everything, Germany could certainly have supported Ukraine a lot more with weapons, we all know that. And it didn't go over well here that some promises made weren't kept or were severely delayed," says the political scientist. "But you always have to remember that months ago Germany did the previously unthinkable and broke with its long traditions in terms of arms deliveries. But the Chancellor is clearly not the man to take really big steps, that's just the way he is. Germany stays for them Ukraine is still extremely important as an ally."

Volodymyr Fessenko, chief executive officer of the Penta Center for Applied Political Research, worries that the US may falter in its support for Ukraine. The occasion for him is a report by the broadcaster NBC News about a dispute in the US government about how this war should end. Accordingly, US President Joe Biden was "not happy with the rhetoric" when Secretary of State Anthony Blinken and Secretary of Defense Lloyd Austen clearly spoke out in favor of a "victory" for Ukraine.

“Following the success of this visit, our foreign policy bloc would need to focus on the beliefs of US counterparts on the need for President Joe Biden to travel,” writes Fessenko. "The President increasingly reminds me of a copy of Chancellor Scholz. The statements are correct, but political decisions do not always correspond to strict guidelines." Although Biden made many more right decisions for Ukraine than the German head of government, his fears of Putin are the same.

1 "Due to ongoing grief": Sinéad O'Connor... 2 Huge fingerprint sensor: Vivo X80 Pro shows Apple... 3 E-car is not a washing machine: charging at home without... 4 Laptop instead of cinema: when streaming is allowed 5 Against sunstroke and collapse: tips to better cope... 6 31 percent protection: SAP with an eleven percent... 7 Danger for children and animals: beware of the heat... 8 Do you want to cool down?: These fans are now the... 9 Tips for hot days: This is how the apartment stays... 10 Who convinces in the metropolises?: Here are the best... 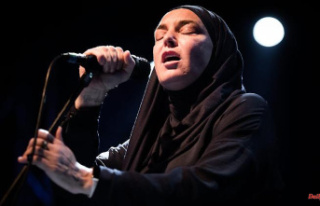 "Due to ongoing grief": Sinéad O'Connor...