Release of cannabis: is Lauterbach threatened with a debacle like Scheuer with the car toll?

As early as autumn, the traffic light wants to present the cornerstones for a law on cannabis legalization. 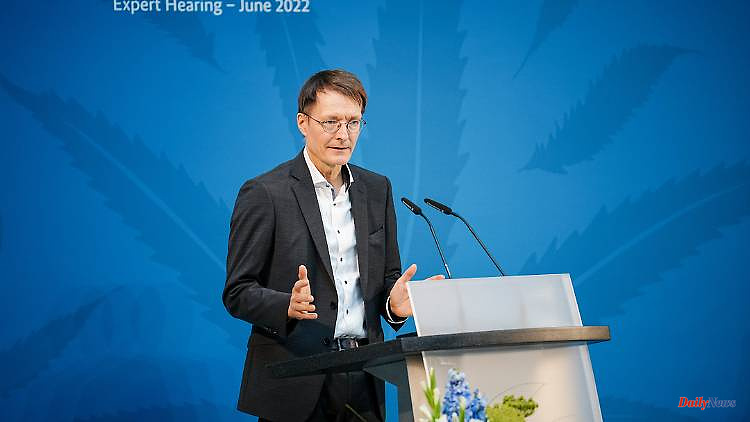 As early as autumn, the traffic light wants to present the cornerstones for a law on cannabis legalization. According to a new report, however, this is not compatible with European law. Experts warn against quick shots.

In its coalition agreement, Ampel agreed to introduce "the controlled sale of cannabis to adults for recreational purposes in licensed shops". However, a planned cannabis legalization may conflict with EU law, as a new draft by the Bundestag's scientific service shows. Similar to the failed car toll, the European Court of Justice (ECJ) could collect a new law.

"That would hamper the entire legalization efforts, once such a judgment is in the world," says legal expert Robin Hofmann from Maastricht University. He has been dealing with the challenges of cannabis legalization in Europe for years and considers an adjustment of EU law to be unavoidable. The new results of the scientific service are therefore not surprising.

In other EU countries, such as the Netherlands, law enforcement only tolerates over-the-counter cannabis. However, trade and cultivation is prohibited under European law, except for medical and scientific purposes. In addition to the Netherlands, Luxembourg and Malta also allow cultivation for personal use. Health Minister Karl Lauterbach, on the other hand, wants to speed up comprehensive cannabis legalization. He wants to present a draft law to the Bundestag at the end of 2022 or beginning of 2023. Nevertheless, there are hurdles. The SPD politician explained to "Spiegel": "I actually like complex laws, but this really goes into every corner." If things go well, he will present key points in the fall.

Hofmann is skeptical that this will succeed. "The EU is in the driver's seat on all criminal issues. On terrorism, on money laundering. The EU has a clear line on drug policy," he says. To drive on this line, Germany has promised, among other things, in the Schengen Protocol. The legal expert therefore considers a national solo effort to be legally tricky. "It has to happen at EU level. It's tedious, often frustrating. But that's ultimately the European solution - to decide things together."

Kai Ambos, Professor of Criminal and International Law at the University of Göttingen, disagrees. In the constitution blog he warns against overestimating the importance of the legal opinion for the Bundestag and describes the latest paper as "nine pages of insubstantiality". Ambos has been arguing for a long time that international agreements trump European law.

Cannabis legalization could therefore also be implemented in the short term without changing EU law itself. The thesis is that Germany, for example, could withdraw from the 1973 ratified UN Convention against Narcotic Drugs and re-enter directly - this time with the reservation that cannabis should be exempt from it. The idea: EU law is also based on these agreements, so the EU could not sue Germany. According to Ambos, Canada and Uruguay even unreservedly flouted the UN resolution with their cannabis policies. They accept a reprimand from the International Narcotics Control Board (INCB), which monitors compliance with the relevant international agreements.

Peter Homberg does not see any short-term and sustainable implementation of cannabis legalization as the federal government is aiming for. Among other things, the lawyer advises companies that work with medicinal cannabis. The traffic light gave voters too much hope, he says. "Legalization of recreational cannabis for adults is not possible at the pace anticipated by future consumers."

According to Homberg, the EU countries Portugal, Malta and Luxembourg are not role models for German legalization efforts. For example, a wide-ranging scientific model project could be started to create a market for indulgence that goes beyond "legalization light". "The Netherlands have been doing this since 2021 and say: If things go well, then we will implement them permanently," explains Homberg. But then the same challenges remained: a protracted change in European law or a possible conflict with international law.

Even if neither the ECJ nor the INCB would criticize going it alone, the question arises as to how trading and operation should be implemented in practice. "For a successful gourmet market, you need a price that is not significantly higher than the black market, controlled and high quality and a functioning sales network. It won't be possible to offer that any time soon," says Homberg. Participating supplier states would in turn violate applicable UN agreements.

The hurdles under international and European law show that rapid implementation of cannabis legalization at national level is risky. Even if legal experts like Kai Ambos see international law as supreme, Robin Hofmann curbs expectations of a quick release. Germany must now bring the EU member states to one table. "With the other legal tricks at the level of international law, the EU will not say: We can't do anything about that." Relying on a lenient EU, says Hofmann, is an "incalculable risk." 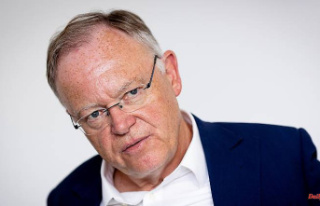 Stephan Weil in the ntv.de interview: "Our state...