Relieved without gloating: Johnny Depp "just wants his career back"

Amber Heard continues to try to explain her take on toxic relationship with Johnny Depp on TV shows. 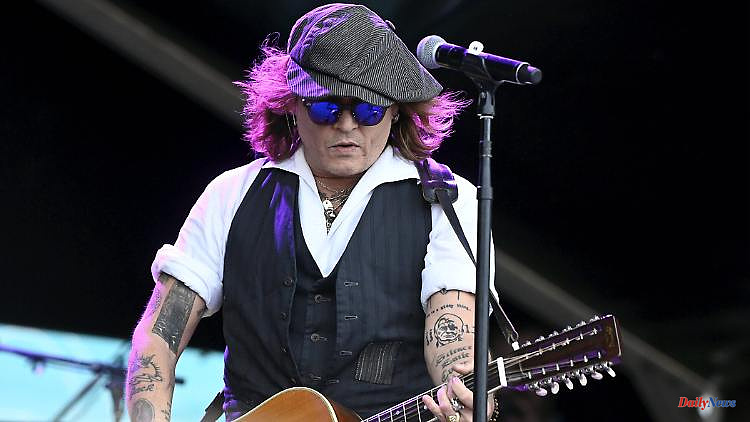 Amber Heard continues to try to explain her take on toxic relationship with Johnny Depp on TV shows. The actor, meanwhile, seems to be enjoying life again after winning the defamation case. It is rumored that he is happy "that it is over".

Amber Heard's verdict in defamation trial Now Johnny Depp doesn't seem to look back. He is currently on tour with musician Jeff Beck and is therefore looking forward to new acting roles.

"The process was necessary, but he's happy it's over," an unnamed insider told People magazine. The "Pirates of the Caribbean" star was "relieved" about the jury's verdict, but at the same time showed no glee.

The actor and Heard married in 2015, split shortly after, and divorced in 2017. Depp is suing his ex-wife over an article in the Washington Post in which she claimed she was a victim of domestic violence. On June 1, a Virginia jury found that Heard defamed her former partner, although he was not named at the time.

Heard was fined $15 million. However, due to Arizona law, the total was reduced to $10.35 million. Since Depp was also fined $2 million, Heard now owes him $8.35 million. Money that, according to her lawyer, she does not have.

For Depp, none of that seems to matter too much. He's done with the process and isn't even talking about it anymore, the anonymous source told People magazine. The 59-year-old only complained because he thought it was necessary. Now he can go back to what he loves - like the current performances with Jeff Beck.

Depp was already pretty busy in the summer and he's looking forward to "being able to work again. He just wants his career back," according to the insider. The Hollywood star loves his job as an actor.

Johnny Depp will soon be appearing in Germany with Jeff Beck. On July 6th, the two can be seen together in the Stadthalle Offenbach, on July 13th at the Tollwood Festival in Munich. The joint album "18" is also scheduled to be released on July 15.

1 Fynn Kliemann is bursting at the seams: reckoning... 2 Second wedding in Greece: Toni Garrn and Alex Pettyfer... 3 Soccer star not in the car: employee crashes with... 4 Only one Bayern star: Kimmich and Meyer get married... 5 From parasite to symbiont: hair follicle mites become... 6 Ukraine war at Maischberger: Selenskyj adviser believes... 7 Putin's war clears away lies: Germany and Europe... 8 I'm not a robot!: iOS 16 puts an end to captcha... 9 Minister at the turning point: Lambrecht wants to... 10 Report also shows risks: peace researchers support... 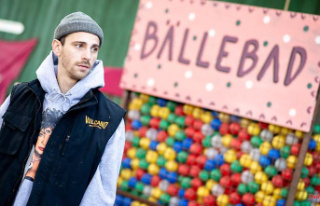 Fynn Kliemann is bursting at the seams: reckoning...