Climate change, corona pandemic and war in Ukraine: peace researchers from the Sipri Institute warn of a new "age of risks" for which the countries of the world are insufficiently prepared. 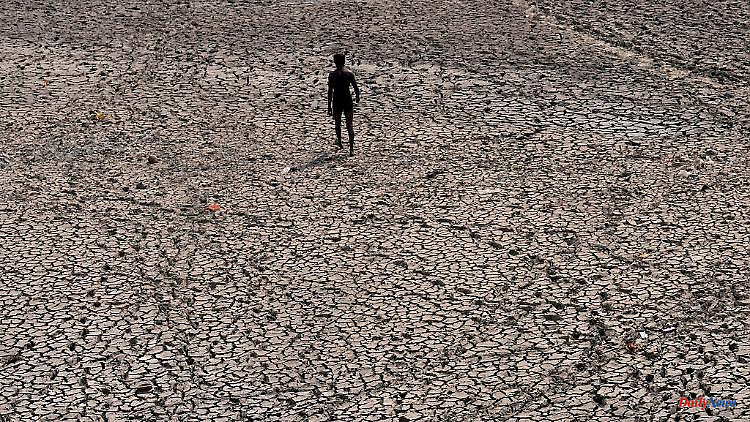 Climate change, corona pandemic and war in Ukraine: peace researchers from the Sipri Institute warn of a new "age of risks" for which the countries of the world are insufficiently prepared. But the scientists also give hope.

According to the research institute Sipri, a dangerous mixture of environmental and security crises harbors complex risks for peace in the world. In a published report, peace researchers from Stockholm warn that decision-makers are not yet prepared for this "new age of risks". It paints a bleak picture of the future global security situation.

The report shows how environmental crises - climate change, resource scarcity, species extinction - can interact with security crises and other threats such as the coronavirus pandemic. Sweden's former Foreign Minister and EU Environment Commissioner Margot Wallström writes in the foreword: "The mixture is toxic, pervasive and harmful. And institutions with the power to find solutions are waking up far too slowly."

In Somalia, for example, persistent drought and other consequences of climate change, combined with poverty and a weak government, have driven people into the arms of the Islamist terrorist militia al-Shabaab, they say. In Central America, the effects of climate change on grain harvests, combined with violence and corruption, increased migration towards the US.

"Many experts argue that we are at a crucial point: We can let the environmental crisis run its course or recognize the problem now and do something about it," says Sipri director Dan Smith. "The bad news is that this extremely important moment comes at a time when international politics is in a terrible state." Relations between the major powers are "toxic and dangerous," populism and nationalism are on the rise.

According to the report, the number of armed conflicts involving at least one state and the number of people killed in conflicts doubled in the 2010s, as did the number of refugees and displaced people worldwide. After years of decline, the number of operational nuclear warheads rose again in 2020. Last year, global military spending peaked at more than $2 trillion. At the same time, the report describes alarming developments in the environment. About a quarter of all species are threatened with extinction. The number of pollinating insects is declining dramatically.

"Climate change is making extreme weather events like storms and heat waves more frequent and more intense, reducing yields of important food crops and increasing the risk of large-scale crop failures." Politicians must assess risks better and tackle the fight against environmental crises with determination. The Sipri researchers called for a rapid transition to a "green economy", which must also take place fairly and peacefully. "With such a big economic change, there are always winners and losers," says Smith. "The interests of the people most affected by this transition must be taken into account. Otherwise, new risks of conflict will arise."

Even in the face of acute crises such as the corona pandemic and war in Ukraine, we must not lose sight of this goal, Smith warns. "It seems like most governments can only handle one crisis at a time. That's a huge complicating factor." The pandemic has also shown what is possible with determination and international cooperation - for example in the development of vaccines.

The researchers therefore also want to give hope. "Humanity has the knowledge and skills to get out of the trouble we're in," says Smith. But action must be taken now. "Every day we put it off, the job gets harder." 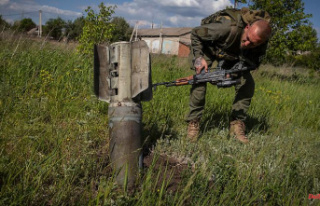 Tutoring for Moscow's military?: Russia is to...