The senators at the head of the Revitalization of city centers and town centers mission made an initial assessment on July 7 and are due to submit a full report at the end of September. 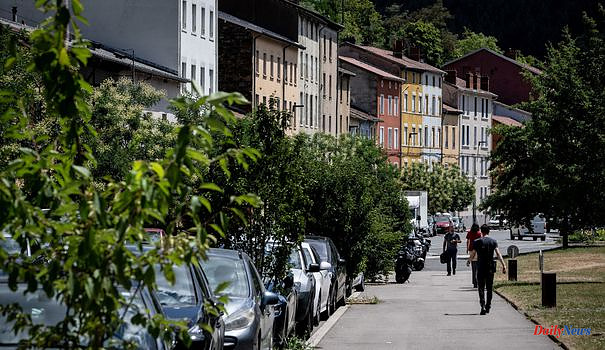 The senators at the head of the Revitalization of city centers and town centers mission made an initial assessment on July 7 and are due to submit a full report at the end of September.

According to a consultation carried out by Opinion Way for this mission, a majority of the 856 elected respondents judge positively the measures of the Evolution of housing, development and digital law (Elan), passed in 2018.

The senators also note a positive return from the mayors involved in Action coeur de ville (ACV), launched in 2017, endowed with 5 billion euros in funding and to which 234 medium-sized municipalities have subscribed.

51% of respondents concerned by this program believe that the situation in their city center has improved, compared to only 25% for all elected officials.

This is the case in Tarare, an old textile city in the Rhône, once famous for its muslin, its curtains and then its Tergal veil, about forty kilometers from Lyon.

The Coeur de ville project was signed there in September 2018 and has just been extended until 2026.

At first glance, Tarare looks like many medium-sized towns that have suffered the collapse of their unique industry. But the buildings and factories, long abandoned, are gradually giving way to cranes and new buildings.

Installation of an establishment of the Lyon brewer Ninkasi in 2023, opening of the third place La Bobine, with coworking space and connected campus: the city is experiencing a new impetus.

The unemployment rate fell from 7.3 to 4.8% from 2016 to 2022, rejoices the DVD mayor Bruno Peylachon, elected in 2014. "We draw an extremely positive assessment of the Coeur de ville project (...) the most of the objectives having been achieved", continues the elected official.

In decline, the population is now stabilized around 10,500 inhabitants, notes Mr. Peylachon.

According to a study by the National Agency for Territorial Cohesion, published in June, real estate sales have increased by 17% in 200 medium-sized towns in France, benefiting from the Action Coeur de Ville program.

The senators, however, point to limits to the revitalization devices, including "difficulties in implementation" and "local objectives not always very precise".

Thus in Villers-sur-Mer (Calvados), where the Small Towns of Tomorrow program was signed in May, the town hall is struggling to detail the "structural problems" that it intends to resolve.

For Mayor Thierry Granturco, the main challenge for this seaside town - 2,700 inhabitants in winter, ten times more in summer - is the development of the Villers 2000 district.

"People with small means bought their 30m2 by the sea forty years ago to come from Paris to spend the weekend on the coast. Today they are retired and live here year-round," he says.

Far from the city centre, Villers 2000 should benefit from a program to open up the area, with the construction of a cross-country sports center and a vegetated greenway, to allow its inhabitants of the district to have easier access to the city center and to its businesses.

But there is no guarantee that the residents of Villers 2000, who are often elderly, will actually go there. The vagueness also reigns over the real occupation of the district in winter.

The senators also raise another concern: the financing is considered "difficult" or even "illegible". Elected officials also wonder about their sustainability, especially for small towns.

Rollon Mouchel-Blaisot, the prefect director of the national ACV program, wanted to reassure the mayors gathered at the Congress of Cities of France on July 11.

He wants to go "stronger, faster and further" for phase 2 of LCA, extended until 2026. He thus recommends questioning the difference between tense areas (strong imbalance between supply and demand for accommodation) or relaxed: "there are not enough suitable accommodation".

He also wants to extend the revitalization "to the station districts and the city entrances" and to continue the tax exemption programs for renovation work in rental real estate.

"The public policy of revitalization suffers from a manifest lack of notoriety which harms its effectiveness", notes the senatorial mission. Elected officials have many tools at their disposal, she insists, but they do not feel sufficiently supported by the state.

1 "Batgirl" will not be released: Directors... 2 Astronomy: "James Webb" telescope sends... 3 Death in head-on collision: US MP dies in car crash 4 US Senate votes for Finland and Sweden to join NATO 5 Greenpeace and environmental aid call for statutory... 6 Consumers: Coalition examines relief for state gas... 7 Bundeswehr mission: problems for the Bundeswehr in... 8 "Batgirl" directors are shocked by the cancellation... 9 Stock market: US stock markets: Rally after encouraging... 10 Animals: Heat wave does not affect current jellyfish... 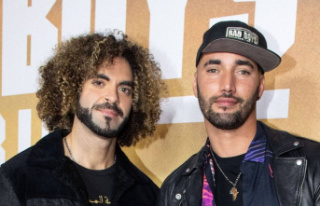 "Batgirl" will not be released: Directors...