River Conwy: Wild oysters are moving to 'nurseries,' in order to increase their numbers

Scientists are moving thousands of oysters from "maternity wards to nurseries" as they reintroduce oysters to a river. 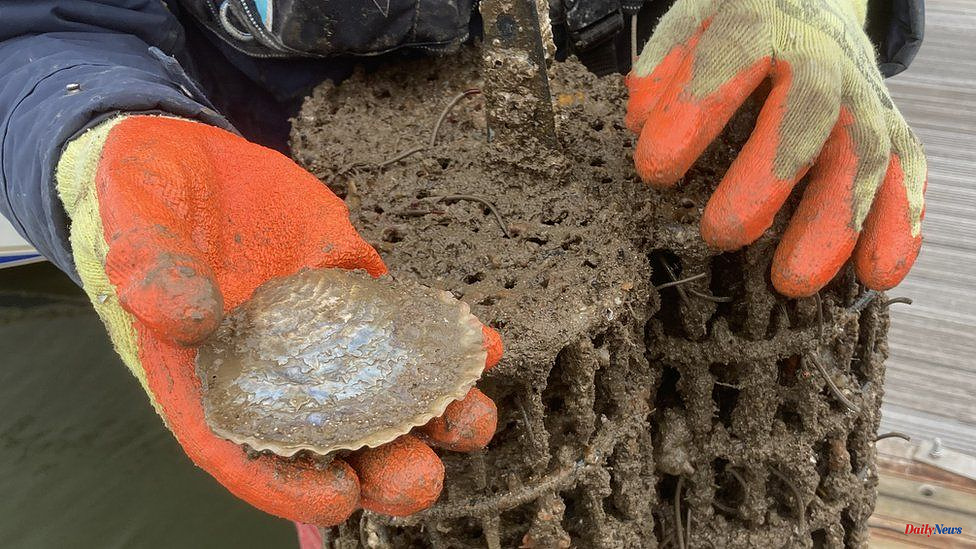 Scientists are moving thousands of oysters from "maternity wards to nurseries" as they reintroduce oysters to a river.

The three-year project along the River Conwy forms part of a plan for increasing wild oysters in Britain.

It is estimated that the project will cost around PS1.2m. The goal is to filter and purify the water they drink.

Oysters can sometimes be called "ocean superheroes" as the habitat they create for other species is their oyster bed.

Over 1,000 oysters have been placed in special cages at Conwy marina or Deganwy marina. They've started to produce tiny larvae, which are called larvae.

Conservationists are now working to create an underwater reef that allows them to grow to their full potential.

The partnership between British Marine, Blue Marine Foundation and The Zoological Society of London is the wild oysters project.

The People's Postcode Lottery has provided funding to the partners to help release native oysters in Conwy and Tyne & Wear.

Maria Hayden Hughes, Welsh project officer, stated that the oysters have performed really well since they were first placed under the marina boardwalks.

She said, "We have seen new shell growth and found that they are spawning, releasing oyster larvae to the sea."

To improve the environment for young oysters, a reef will be constructed from the old oyster shells and stones found on the seabed.

They also clean the coast waters as they can filter 200 litres of water every day, which is more than a bathtub per oyster.

Scientists are monitoring the water to determine if they have made any difference.

Celine Gamble of the Zoological Society of London stated that native oysters were once abundant along the coast of Wales.

Over-fishing, changes to water quality and diseases over the past two centuries have made them almost extinct.

She said that Wales once had a large oyster fishery, which was vital for local communities along the coast and a significant contribution to the Welsh economy.

"The Mumbles, or Oystermouth fishery supported 400 fishers across the 188 boats. It was the largest fishery in Wales.

"Welsh oyster boats were known to have landed 8,000 oysters per day in their heyday, which was in the mid-1800s. However, some reports claim that they landed between 15,000 and 20,000 oysters in certain areas."

The project was initiated in Wales in 2021, and will last for three years.

Conservationists believe that the River Conwy will have a healthy population of native oysters by the end. 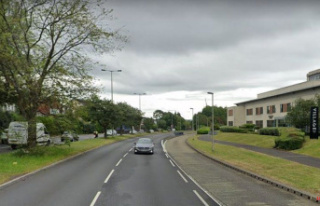