Royals tweet pictures of the Queen: Charles III. and Camilla are "deeply touched"

All eyes are on the grand state funeral in honor of the Queen in London. 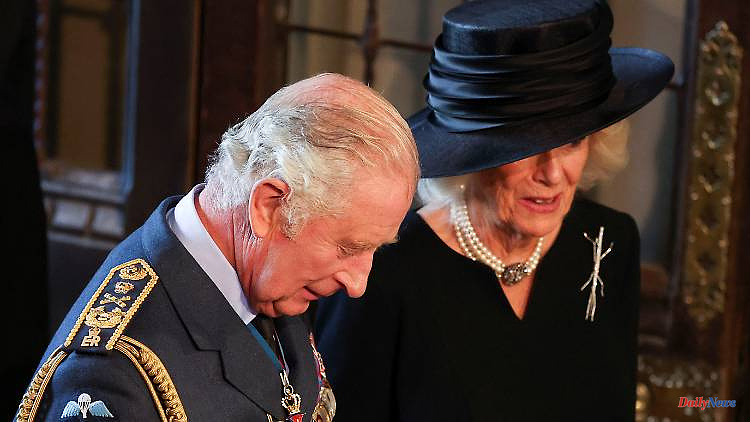 All eyes are on the grand state funeral in honor of the Queen in London. But the royals also say goodbye to the monarch in a different way. They post a series of pictures on Twitter. And also Charles III. turns again to the mourners.

King Charles III was deeply moved by his deep sympathy at the death of his mother, Elizabeth II. "Over the past ten days, my wife and I have been deeply touched by the many messages of sympathy and support we have received from this country and the world," the 73-year-old said, according to a statement from the palace.

Before saying goodbye to the Queen, he wanted to thank the "countless people who have been such a support and comfort to my family and me during this time of grief," said the British king.

Meanwhile, the royal family bid farewell to the queen with a series of pictures. A compilation published on Twitter shows numerous images from the life of the monarch, including Elizabeth as a baby, in military service during World War II, with her husband Prince Philip and other family members. The Queen is seen smiling in most of the photos.

The final point is a portrait of the laughing queen, which the palace had only published the previous evening. "Honoring our Queen," tweeted the Royal Family's official account. "Today people from the UK, the Commonwealth and around the world will pay tribute to the extraordinary life and reign of Her Majesty The Queen."

The Queen will bid farewell to a grand state funeral in London on Monday. 2000 invited guests are expected. Among them are heads of state and royals from around the world.

In the past few days, an estimated 750,000 people have filed past the Queen's public coffin in Westminster Hall. The sympathy of the population is also enormous afterwards. The city hall in the British capital announced that there were no more spaces along the route on which the Queen's coffin was to be routed from Westminster Abbey to Wellington Arch on Monday afternoon. "There is no admission for newcomers. Please follow the instructions of the folders and the police," it said.

Hundreds of people also gathered in Windsor, west of London, on Monday morning to say goodbye to the Queen. The coffin containing the Queen's remains is expected to arrive here in the afternoon. The final burial of Elizabeth II in St. George's Chapel on the grounds of Windsor Castle is planned for the evening.

1 Photo was taken in May: Palace shows previously unknown... 2 "An event of the century": Steinmeier condoles... 3 "Summer House of the Stars" - Episode 4:... 4 "The killer in me": A short circuit and... 5 Corona, streaming, other plans: Woody Allen announces... 6 Charles receives state guests: Biden bids farewell... 7 "A wonderful feeling": Pietro Lombardi reveals... 8 Emotional apology: Lady Gaga has to cancel the concert 9 Interview with Alexander Scheer: dreamer, rock 'n'... 10 "There are no dream women": Amelie Fried... 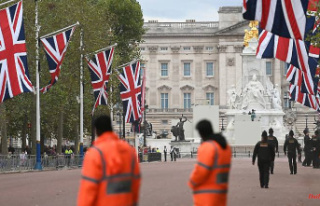 Photo was taken in May: Palace shows previously unknown...