After less than a minute of play at the Mbombela stadium in this small city in the Transvaal, South Africa lost their scrum half Faf De Klerk, knocked out while trying to tackle New Zealand winger Caleb Clarke in the legs. 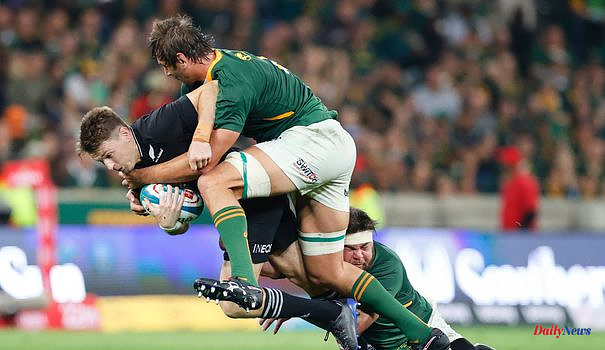 After less than a minute of play at the Mbombela stadium in this small city in the Transvaal, South Africa lost their scrum half Faf De Klerk, knocked out while trying to tackle New Zealand winger Caleb Clarke in the legs.

But the South Africans have another talented player in this position in Jaden Hendrikse, and did not seem troubled by this twist of fate.

They exerted enormous pressure in defense which considerably thwarted the passing game which is often the strength of the All Blacks, put on the back foot.

This South African influence was reflected on the scoreboard by a corner try from Kurt-Lee Arendse (8th), served by Lukhanyo Am who took advantage of a disagreement between Jordie Barrett and Will Jordan at the reception of a school candle from opener Handré Pollard.

The All Blacks, to whom the South Africans left only crumbs in the first period, could consider themselves lucky to be only seven points behind at the break (10-3), as they had been dominated by the Local XV, the undermining of his forwards and his fierce defense.

After a more balanced start to the second half, which then allowed the All Blacks to attempt some major moves, the teammates of Lood De Jager, their second line who flew over the debates, resumed their march forward, and Handré Pollard surveyed the points, between penalties and drop.

"We managed to achieve everything we wanted to do," said South African captain Siya Kolisi.

Dominated in all areas of the game, his side slightly deluded themselves by scoring a try through Shannon Frizell two minutes from time as South Africa were reduced to 14 after Arendse was sent off for a dangerous charge on Beauden Barrett, in the air and without the ball on a new candle from an impeccable Pollard.

But even in numerical inferiority, it was the South Africans who drove the point home by inflicting on the All Blacks a humiliating last try by Willie Le Roux, taking advantage of yet another foul to flatten between the posts.

The Springboks remain masters at home against the All Blacks: 26 wins, against 24 for the New Zealanders.

The Blacks, winners of four of the last five complete editions of the Rugby Championship (*), will have an opportunity to close the gap next Saturday in Johannesburg on behalf of the 2nd day of this event bringing together, with Australia and Argentina , the four major rugby nations of the Southern Hemisphere.

(*) South Africa did not participate in the 2020 edition due to the Covid pandemic. 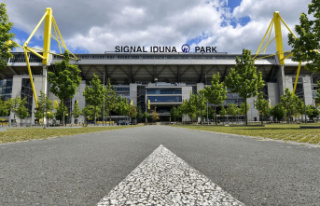 After the start of the Bundesliga: Suspicious vehicle...