"Gilded Glamour" is the motto of this year's Met Gala. 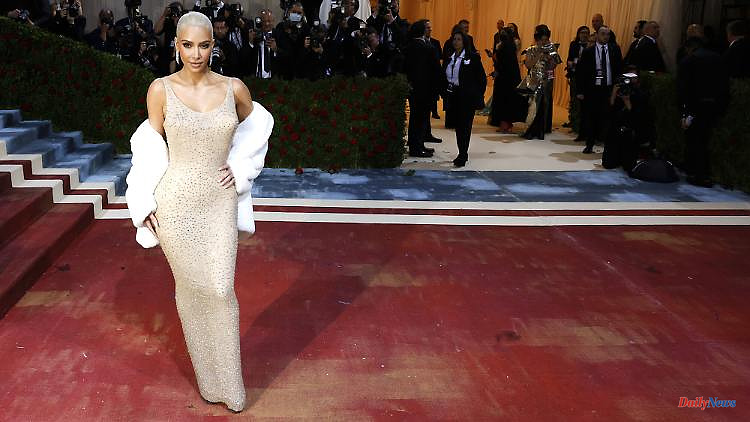 "Gilded Glamour" is the motto of this year's Met Gala. Kim Kardashian consistently implements the motto and strolls across the red carpet in a glittering dress, in which Marilyn Monroe once breathed her "Happy Birthday, Mr. President". Critics say that the precious robe has suffered a lot. Now the owner speaks up.

Did reality star Kim Kardashian damage the dress Marilyn Monroe wore in 1962 for her legendary birthday song for then-US President John F. Kennedy? The owner of the dress, Ripley's private museum, has firmly denied the allegations. "There was a lot of controversy about Kim Kardashian wearing the 'Happy Birthday' dress," the museum said. "But the fact of the matter is that she did not damage the garment in any way in the short time it was worn to the Met Gala."

Ripley's auctioned the tight-fitting sparkling dress in 2016 for $ 4.8 million (about 4.6 million euros today). The museum cites a report from the following year of its condition: "A number of seams are torn or stretched. This is not surprising given the sensitivity of the material. There are wrinkles at the hooks and eyelets."

Kardashian wore the historic garment to the glamorous Met Gala at the Metropolitan Museum in New York in early May. She only wore the cream-colored original for a short time before switching to a copy. "From the top of the Met stairs where Kim put the dress on to the top where it was returned, the dress was in the same condition," said Ripley's Vice President Amanda Joiner.

A collector of Monroe memorabilia, Scott Fortner, alleged that the dress was "permanently damaged" during the performance. As proof, he published photos that are said to show the garment before and after the performance. Among other things, you can see small tears in the fabric, missing crystals and crystals hanging from a thread.

Monroe had worn the dress by designer Jean Louis in New York's Madison Square Garden in May 1962 when she breathed a sensual "Happy Birthday, Mr. President" into the microphone of John F. Kennedy. The performance fueled rumors of an affair between the president and the sex symbol. Marilyn Monroe died of an overdose of sleeping pills less than three months after the legendary performance. The iconic dress is now on display at the Ripley's Museum in Los Angeles. Kim Kardashian reportedly lost several pounds to fit in the dress ahead of this year's Met Gala. She bleached her hair for the show.

1 "It's beautiful": Cro announces new... 2 Danger from heat waves: At what temperature does it... 3 High incidence, high number of unreported cases: starting... 4 Capture, understand, improve: These apps help save... 5 "Operation Long Noses": A major war is looming... 6 Maas on Israel and Palestine: Why the Middle East... 7 Green foreign policymaker Schäfer: "What drives... 8 After the visit to Kyiv: praise for Scholz even from... 9 Reactions from Ukraine: "That's Scholz,... 10 "Due to ongoing grief": Sinéad O'Connor... 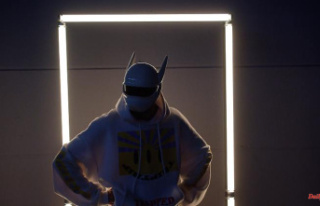