Russia: The death of a key suspect as part of the assassination attempt on ex-spy Litvinenko

London accuses Dmitry Kovtoun of poisoning Alexander Litvinenko, an ex-spy, in 2006. A Russian deputy is also being investigated in the assassination.

He continued, "It's a terrible loss and irreparable," in a Telegram message.

According to TASS, Dmitry Kovtun was found dead in a Moscow hospital.

The European Court of Human Rights (ECHR), in September 2021, found Russia "responsible for the assassination of Alexander Litvinenko. Litvinenko was poisoned in the United Kingdom with polonium210 in 2006. This decision was denounced in Moscow.

The Court concluded that there was a "strong presumption that the Russian state agents who perpetrated the poisoning, Dmitry Kovtun, and Andrei Lugovoi"

Alexandre Litvinenko, a former agent of KGB and then of FSB was fired by the Russian security service after revealing sulphurous and often unsubstantiated revelations.

After being granted asylum in the UK in 2001 he continued his protest against corruption and Russian intelligence links to organized criminality.

On November 23, 2006, he died after consuming tea with Dmitri Kuvtoun (and Andrei Lugovoi) in a London hotel. There, significant traces of polonium210, a highly toxic radioactive substance, had been found.

His assassination triggered a crisis between Russia and the United Kingdom, which have always denied any involvement. 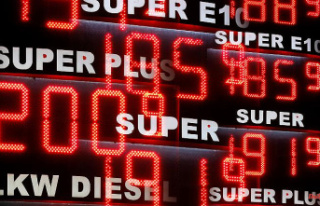 What Investors Need to Consider: Is Inflation Here...