Since the beginning of the war, Ukrainians have known that power outages can occur at any time. 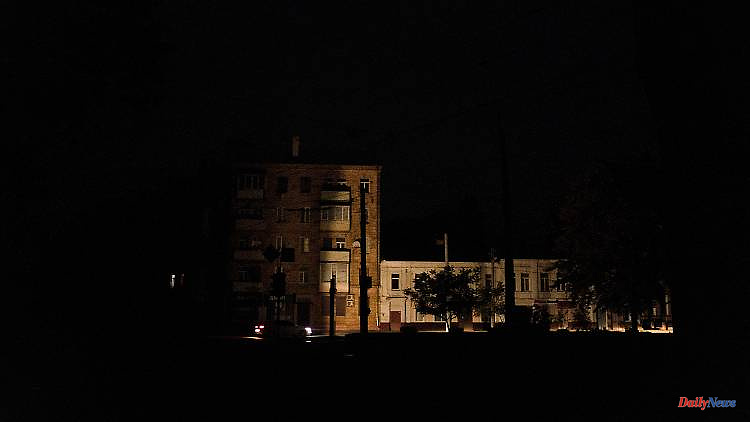 Since the beginning of the war, Ukrainians have known that power outages can occur at any time. So it's no surprise that the winter could be harsh. The supplies are only sufficient for mild temperatures.

Russian President Vladimir Putin, who is obviously hoping to spread panic in Ukrainian society, described the attacks as "warning blows" and openly threatened to intensify illegal action against Ukraine's critical infrastructure. In any case, a heavy winter is expected in the Ukraine. The state-owned energy company Naftohas is preparing the Ukrainians for temperatures between 17 and 18 degrees, and so-called rolling power failures cannot be ruled out. "In the event of a power outage, we can use generators. If there's no heating or gas, we have reserves of heating oil," says Kiev Mayor Vitali Klitschko, who admits that the city's supply can only function for a short time in such a case.

The consequences of the attacks of September 11th could be eliminated comparatively quickly. Nevertheless, there is great uncertainty: "We are preparing for Russia to attack energy objects. And we are ready to get through the winter with difficulty but stably," announced Prime Minister Denys Schmyhal. With very low temperatures, the Ukrainian government is also planning to evacuate the local population if the damaged infrastructure is not able to resume functioning within a day or two.

If the winter is mild, maintaining the lower heating temperatures would probably be enough, especially since gas consumption for industrial use has fallen by 35 to 45 percent since February. Given this drop in consumption, Ukraine is also minimally reliant on gas imports. But there is no safety buffer for a cold winter, and there are additional risks: a significant part of the gas fields is located in the Kharkiv district close to the front line - so further damage is possible.

Consumption of other energy sources in Ukraine has also fallen sharply since the beginning of the war. According to estimates by the Center for Economic Strategy, industry uses 64 percent less electricity and the population uses 24 percent less. One risk is the coal reserves: Ukraine lost most of its mines as a result of the Donbass war in 2014, which most recently became a problem in the winter of 2021/22: importing hard coal was always difficult, and so in January 2022, for the first time in the Ukrainian History all existing nuclear blocks works. In the meantime, importing coal has become even more complicated because the Ukrainian ports in the Black Sea are blocked. At the moment, Ukraine can still afford to dream of exporting electricity to the EU, which President Zelenskyy recently advocated. However, a lot here depends on the Russian-occupied Zaporizhia nuclear power plant, the largest nuclear power plant in Europe. This nuclear power plant currently accounts for around a quarter of Ukraine's power supply. Should it be excluded from the Ukrainian energy system, which Russia is striving for, the situation would be different.

The Ukrainians themselves have been aware since February that power outages can occur at any time. It's no surprise to anyone that the winter could be harsh. However, not all of them immediately follow the recommendations of Kiev Mayor Klitschko, who specifically asked the city's residents to stock up on warm clothing and blankets. For his part, the mayor of Lviv recommends that households should stock up on firewood, electronic kettles and stoves, battery lamps, and dry alcohol for heating food in the absence of gas or electricity.

"It won't be an easy winter, but it will come as it comes. I don't want to worry too much just yet," says Oleksandra Cherednichenko, the manager of a Kiev restaurant. The German software developer Tobias Weihmann, who lives in Kyiv with his Ukrainian wife, is already dealing with the situation quite thoroughly: "We are renovating the air-raid shelter and putting a solar system on the roof, with batteries and a connection for a generator. We also have a couple of ceramic fan heaters and got a Starlink terminal for internet use." US billionaire Elon Musk connected Ukraine to his satellite network at the beginning of the war so that communication in the country would remain possible. "You can't prepare for everything," says Matyana Metelska, a journalist from Lviv. "If it gets really bad, I'll move to my mother's in the village, where you can heat with an oven without gas." 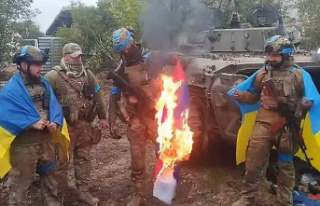 Ukrainians fight underground: Find out what the opponent...