Barry Callebaut, the Swiss company that is the number one in chocolate and cocoa preparations, announced on Thursday, June 30, that it had shut down production at the Wieze (Belgium) factory.

Barry Callebaut, the Swiss company that is the number one in chocolate and cocoa preparations, announced on Thursday, June 30, that it had shut down production at the Wieze (Belgium) factory. This was the largest chocolate plant in the world after the discovery salmonella. .

On Monday, the presence of bacteria was found in a Wieze production batch. The wholesaler stated that lecithin was the source of contamination.

A spokesperson for Wieze stated that most of the contaminated products were still in the Wieze plant. The group was currently in contact with its 73 customers (large industry leaders, craftsmen) in order to make sure there is no contamination at the consumer level.

Barry Callebaut informed the Belgian authorities, the Federal Agency for the Safety of the Food Chains (AFSCA), that it had "closed all of its chocolate production lines at Wieze as a precautionary step".

FASFC visited the site and stated that it had opened an inquiry to "collect all information necessary to trace the contamination".

Barry Callebaut believes food safety is extremely important and that this type of contamination is very unusual. We have established a food safety charter.

This announcement comes just weeks after the discovery of salmonella-contaminated chocolates in the Ferrero factory, Arlon (south Belgium), which makes Kinder chocolates. The Belgian health authorities had announced that they gave the green light for the Italian giant's factory to be reopened after a three month test period.

Barry Callebaut, a Swiss company, supplies chocolate and cocoa preparations to many food companies, including industry giants like Hershey, Mondelez or Nestle, as well as pastry professionals.

It was the sector's number one, with a total of 2.2 million tonnes in annual sales during its staggered 2020-2021 fiscal year (ended August 31).

The company employs over 13,000 people and has more than 60 production locations worldwide. 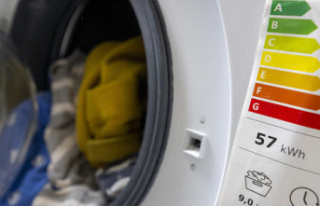 You can save energy by unplugging your devices from...