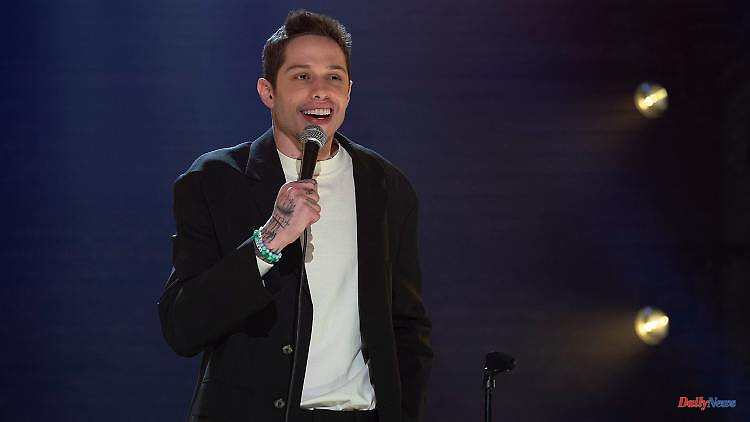 After eight years, US comedian Pete Davidson says goodbye to "Saturday Night Live". The artist has already made headlines with a few jokes. Even in his farewell show, he insists on rubbing salt in the wounds of Kanye West and Will Smith.

Pete Davidson has contested his final episode of "Saturday Night Live". The comedian said goodbye to the show on Saturday evening (May 21) after eight years. In doing so, he insisted on joking about himself and the people around him. "Hello Colin and Che and the millions of people who tuned in just to see if I'll be talking about Kanye," Davidson greeted the audience. He alluded to Kanye West, his girlfriend Kim Kardashian's estranged husband.

It wouldn't be the first time Pete Davidson made headlines with his jokes about Kanye West. In March 2022, Davidson provoked Kardashian's ex with a nude selfie shortly after their split, and when Kardashian asked where he was, he replied, "In bed with your wife."

Upon leaving, Davidson also joked about the Chris Rock and Will Smith slapping drama at the Oscars, comparing it to his controversial eyepatch joke about Republican politician Dan Crenshaw in 2018. Of course, he would also not like it when comedians run onto the stage and hit their colleagues. But with a number like that, "I'm sure all my shows would be sold out," laughed the comedian.

And his flash engagement to Ariana Grande was also discussed. Davidson said: "I'll never forget that. I called him when I got engaged and I said, 'Lorne [Lorne Michaels, producer of SNL], I just got engaged to Ariana Grande after spending two weeks was with her,' and he said, 'Oh, hold on while you still can!'"

In an emotional speech he then thanked SNL: "I appreciate SNL for always having my back and allowing me to work on myself and grow. And thanks to Lorne for never letting me gave up or judged me when the rest of the world did. And for believing in me and allowing me to call this place home with memories that will stay with me throughout my life," he concluded 28-year-old his emotional speech. In addition to Pete Davidson, other longtime cast members such as Kate McKinnon, Aidy Bryant and Kyle Mooney have also left the show. 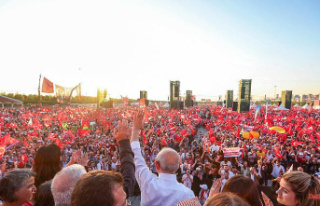