Zwickau (dpa/sn) - Numerous counter-demonstrators gathered at a demonstration by the AfD in Zwickau on Friday evening. 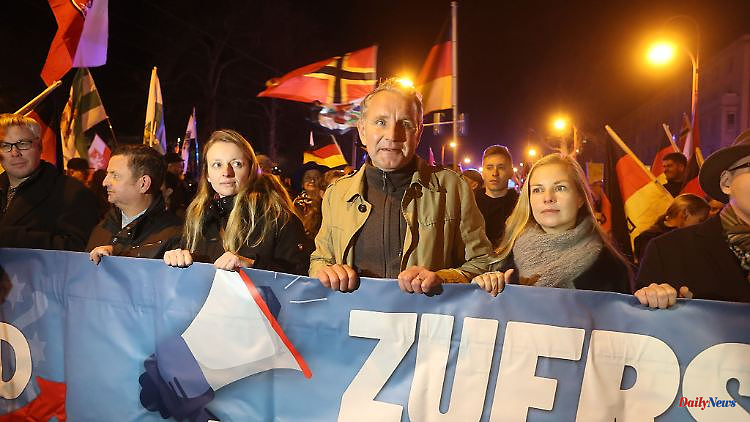 Zwickau (dpa/sn) - Numerous counter-demonstrators gathered at a demonstration by the AfD in Zwickau on Friday evening. According to initial information from the police, significantly more counter-demonstrators and significantly fewer AfD supporters came to Zwickau Cathedral. Among the participants in the AfD demo were the Thuringian faction leader Björn Höcke and the leader of the AfD Saxony, Jörg Urban.

As announced, the counter-demonstrators first held a peace prayer and sang Christmas carols before forming a human chain and marching through the city. Both the AfD demo, which was held under the motto "Zwickau heats up!" stood, as well as the counter-protest were said to have been peaceful.

1 Treatment in intensive care: Kolesnikova should be... 2 "We are not small": Sammer and Kroos defy... 3 Little encouragement for Bierhoff: survey: football... 4 "Be curious": Helene Fischer is already... 5 Saxony-Anhalt: dead in traffic accident between Bitterfeld... 6 Saxony: Minister Günther welcomes agreement between... 7 Wall Street trembles before the Fed: Robust labor... 8 Late goal defeat: Brazil's B-Eleven stumble against... 9 Heated game in Doha: Switzerland after a spectacle... 10 Topless in the cabin: Cameroon's captain flies... 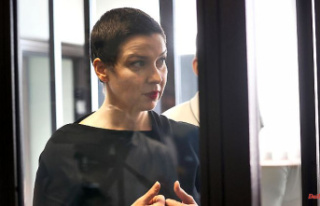 Treatment in intensive care: Kolesnikova should be...