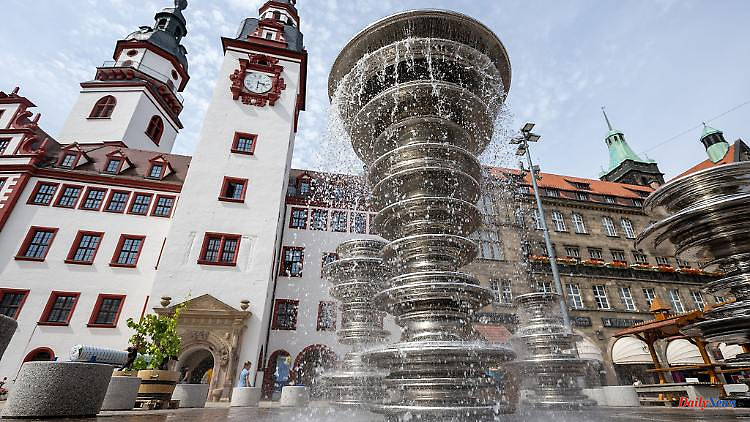 In the long-lasting heat, Saxony's inner cities sometimes resemble an oven. Hardly a breeze blows in densely built-up cities, and the often sealed areas continue to heat up. Simple and inexpensive measures could cool things down.

Leipzig (dpa / sn) - The earth's natural resources could help against the particularly strong warming of inner cities in long periods of heat. "Air fountains were already used by the Romans almost 2000 years ago to cool down buildings," said Johannes Ringel, professor of urban development at the University of Leipzig. At a depth of about two meters there is a constant temperature of 13 degrees Celsius, which can be used for cooling in summer and for heating in winter.

For this purpose, an air supply is created via a kind of chamber under the ground. "The warm outside air is drawn in and guided through the earth. The air that has been cooled in this way is then drawn back up by natural thermals," explained Ringel. In this way, not only buildings but also streets and squares could be tempered.

In addition, water areas and wells distributed throughout the inner cities, which do not have to be deep, would help to reduce temperatures. "Evaporative cooling is very efficient. When warm air sweeps over water surfaces, water evaporates. Heat is extracted from the air, making it noticeably cooler. Fountains and spray mist can amplify this."

The expert emphasized that these measures are effective and cheaper than energy-intensive air conditioning systems. But people believe in technology too much and people have relied on other energy sources such as coal for too long.

In addition, according to Ringel, mobility in the inner cities would have to be significantly reduced in order to unseal roads and parking lots. This could result in green areas with trees that provide cooling shade. "This concept is also conceivable for facades. If, for example, vines grow up the buildings, this provides shade and thus coolness." Columnar trees near the houses would also be helpful.

In terms of urban planning, future residential projects should be aligned east-west. In this way, the buildings could provide mutual shading. Light building colors would also make sense.

According to the Saxony Nature Conservation Union (Nabu), the continued high degree of sealing is particularly damaging to the microclimate in the cities. "More and more fallow land and neighborhood gardens in the inner cities have to give way to residential and road construction projects," said Philipp Steuer, nature conservation officer at Nabu Sachsen. In addition to the climate-damaging effects, many protected animal species are also affected. "But when it comes to urban development, many municipalities are mainly following the investors."

According to the Saxon State Office for the Environment, Agriculture and Geology, the daily use of new land between 2015 and 2020 was 4.5 hectares. The actual goal of the state government is less than 2 hectares per day.

1 Turbulent days in Italy: Well, after all - Draghi... 2 The first time in the Bundestag: "That's... 3 The successor should be a matter for the federal states:... 4 At a demo for abortion rights: Police arrest 17 US... 5 Growth by a third: German producer prices are rising... 6 High demand at low tide: barges can only sail half... 7 On the Hollywood Walk of Fame: Laura Linney is honored... 8 "What would happen to me today?": Cher opens... 9 Ursula Engelen-Kefer in conversation: "You can't... 10 Honor "for courage and bravery": Fossil... 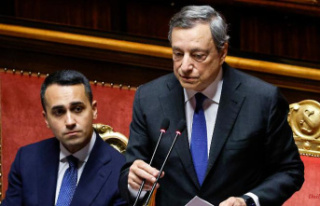 Turbulent days in Italy: Well, after all - Draghi...