Energy prices are skyrocketing and there could be a shortage of natural gas. 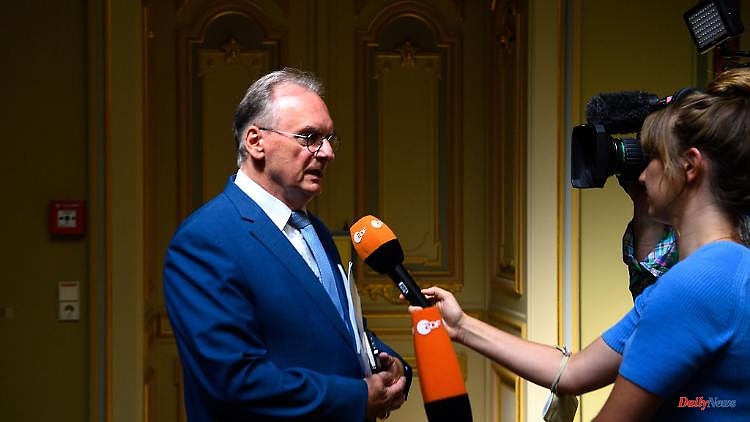 Energy prices are skyrocketing and there could be a shortage of natural gas. Citizens, municipalities and the economy are burdened. Politicians must act, time is pressing. Concrete decisions are still pending after an energy summit in the State Chancellery.

Magdeburg (dpa/sa) - Saxony-Anhalt's state government wants to decide on energy saving measures on August 30th. This was announced by Prime Minister Reiner Haseloff (CDU) on Tuesday after the cabinet meeting. There is a long list of suggestions. These included temporary closures of government offices, lowering the room temperature or more economical use of company vehicles. The closure of daycare centers is not under discussion. Haseloff said the schools are also part of the services of general interest.

Haseloff said that the state government would do everything humanly possible and also create to deal with the issue of energy, possibly also in the next few years. "We need real money," Haseloff said to the federal government. The state, the municipalities could not handle the crisis alone. There is currently no gas shortage. The problem is the high energy prices. In view of the "completely abnormal situation" of the Russian war of aggression in Ukraine, the country is in an absolute crisis situation "that will affect us for years to come," said Haseloff.

More support and improvements from the federal government are therefore needed to relieve people and companies. Before the summit, the prime minister emphasized: "The pending housing benefit reform must ensure that people can live safely and pay their energy bills in the coming months and beyond."

With a view to the economy, he said: "It has become obvious that in many cases the East-specific nature of our economic structures, which formed anew after the reunification, is not adequately represented, so that a lot of things slip through the net there that are good intended relief measures was scheduled."

An example is the structure of chemical parks. With a view to their service functions, they have currently been left out of certain relief. Haseloff emphasized that this had to be corrected. He also wants to campaign for this at the next meeting of the prime ministers on September 2 in Mecklenburg-Western Pomerania with Chancellor Olaf Scholz (SPD).

Established after 1990 as part of the restructuring of the East German economy, companies have settled in chemical parks that are supplied by infrastructure companies with services such as gas, electricity and steam for production, for example in Leuna with 100 companies.

There are many energy-intensive companies in the country. These included the Piesteritz nitrogen works, emphasized Economics Minister Sven Schulze (CDU). In addition, more help is needed for small and medium-sized companies, which make up a large part of the country's economy. "We see the federal government in particular as having an obligation to help companies that are particularly affected quickly and unbureaucratically where help is needed through liquidity support, guarantee programs, tax relief and grants," said Haseloff.

In cooperation with the regional directorate of the Federal Employment Agency, it is now also a matter of finding unbureaucratic and quick solutions for a possible increase in short-time work benefits in view of the energy crisis.

The Prime Minister had invited more than 80 representatives from business, associations and municipalities to find solutions in view of the high energy prices and an impending emergency for the economy and households. Representatives from the Federal Ministry of Economics were also involved.

The background is that, according to the EU, there will be no exception for consumers in Germany. "You can't let the EU get away with that," said Prime Minister Haseloff. The EU Commission had confirmed in Brussels on Tuesday that a cancellation of the tax is not possible, contrary to what the federal government had hoped. According to its own statements, the Commission is working together with Berlin on a solution regarding VAT.

Shortly before the energy summit, Haseloff called for unity. When I see individual parties calling for people to take to the streets and fight fights there, it reminds me of the Weimar Republic. That can't be," said the CDU politician in the morning on the news radio MDR Aktuell. One must stand together in the face of international challenges. Society must remain stable and democracy must not be endangered.

According to a survey by the Halle-Dessau Chamber of Commerce and Industry, the gas and electricity price crisis is having a dramatic impact on companies. "Companies are very unsettled across all sectors and are expecting massively rising costs," said Reinhard Schröter, Deputy IHK General Manager, on Tuesday. Many companies in the hotel and catering industry and in retail as well as service providers wanted to further increase prices. Inflationary pressure is expected to increase. It is alarming that the profit expectations of companies, which had just recovered after the pandemic subsided, slipped into the red across the board. 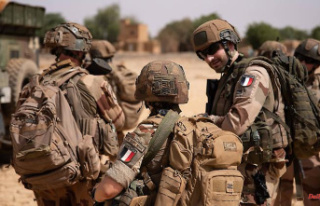 After the French withdrawal: blue helmets report on...