Saxony-Anhalt: excavations in front of Naumburg Cathedral: setback by vandalism

Vandalism on an archaeological burial site at Naumburg Cathedral. 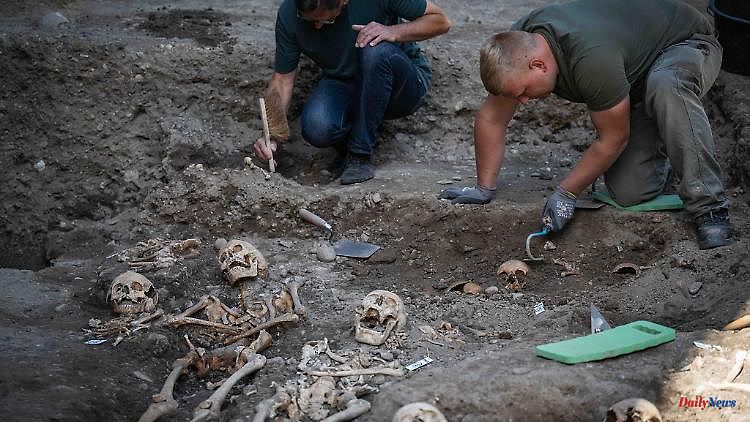 Vandalism on an archaeological burial site at Naumburg Cathedral. The investigation is still ongoing, the act of unknown persons could be a serious loss for science. Archaeologists are looking for structural traces of the medieval church.

Naumburg (dpa/sa) - The archaeological search for the northern enclosure on Naumburg Cathedral Square has suffered a setback due to vandalism. According to the police, unknown persons broke through the fence on Friday night and destroyed several skeletons in two open graves. For tactical reasons, there is currently no further information. The excavation has been running since May 23rd. "So far, twenty graves and various meter-long remains of walls have been uncovered," said excavation manager and archaeologist Holger Rode from the State Office for Monument Preservation and Archeology in Saxony-Anhalt.

The delimited area for members of an order is referred to as a cloister (Latin for closure). It serves the community as a place of retreat. Only a few outsiders, such as doctors or craftsmen, are allowed to enter this area temporarily.

"In the Middle Ages, parts of the building at the cathedral were demolished and the area used as a cemetery," said the archaeologist. "The remains of women, men and children were uncovered. So this was not a special burial place for clergy."

The excavation work is being carried out in advance of the planned redesign of the cathedral square. "The area has never been archaeologically examined," said Rode. "The excavations will be completed at the end of August, and the first results will be available by then."

One theory is that at times there was a north and a south cloister at Naumburg Cathedral. "But maybe the construction of the north cloister was started, later the cloister moved to the south side, so that there was only one cloister at a time," explained Rode. "This is where the scientific investigations come in, the remains of the wall that have now been discovered do not have to come from an enclosure, but could belong to buildings of the previous church."

1 Saxony-Anhalt: deceleration and reflection: What are... 2 Hesse: Roßnagel calls for the government's Facebook... 3 Hesse: Traffic will soon roll on the A49 section in... 4 Hesse: Digital agriculture: funding program is starting... 5 Bavaria: man goes down while swimming in the Danube:... 6 Bavaria: Four injured in fire in residential building 7 North Rhine-Westphalia: Pedelec rider critically injured... 8 North Rhine-Westphalia: car crashes into tree: driver... 9 He was a non-swimmer: 13-year-old dies after jumping... 10 Verdict confirmed: Amber Heard has to pay Johnny Depp... 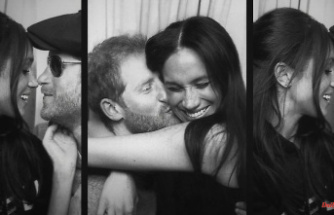 "It's a dirty game": Harry criticizes the media's handling of Meghan Saxony-Anhalt: deceleration and reflection: What are...