More than 300 CDU members in Saxony-Anhalt are currently working on a new basic program for the state party. 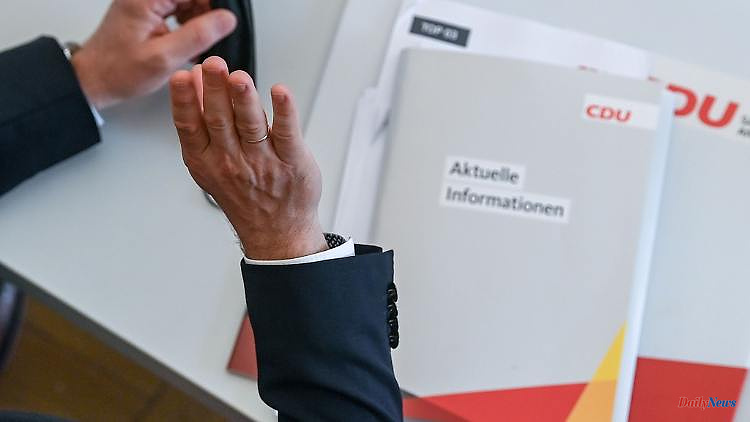 More than 300 CDU members in Saxony-Anhalt are currently working on a new basic program for the state party. Which topics should be in the foreground?

Magdeburg (dpa/sa) - After the election is before the election: after the clear victory in the state elections last year, the CDU in Saxony-Anhalt wants to debate the content in detail. More than 300 members are currently working on a new basic program in various specialist committees, as General Secretary Mario Karschunke told the German Press Agency. "Our last basic program is from 2013. Time has become much faster, and we are reacting to that."

"We want to cover the entire range of topics. We will not shake our basic values," said Karschunke. This means that the topics of family, business and finance should continue to be a focus in the future. "Family policy is important to us. Man, woman, child makes up the family for us." A solid financial policy is necessary for intergenerational justice.

In the area of ​​business, future topics such as green hydrogen and changes in the lignite mining area and the automotive industry should be in the foreground. "The automotive industry is facing far-reaching structural change. As a business party, we want to find answers as to how the change can succeed."

With around 6,000 members, the CDU is the largest party in Saxony-Anhalt, and the average age is 59, according to their own statements. "It must be our job to be particularly interesting for young people," said Karschunke, who has been General Secretary since October. "We're always perceived as if we're the old man's party here and we're not! We have 30 percent women in the party." The proportion of women has recently increased steadily. "We will continue to work on that."

1 North Rhine-Westphalia: World Blood Donation Day:... 2 Baden-Württemberg: Ukraine war: 55 procedures because... 3 China is also expanding its arsenal: Peace researchers... 4 Stricter rules for corporations: Lindner supports... 5 "Devastating record": CDU politician: Ukraine... 6 Long out of the job: Are professional qualifications... 7 Energy imports for 24 billion: China and Germany are... 8 The lessons of the Baku race: Verstappen mercilessly... 9 Hesse: Five injured after a rear-end collision on... 10 District elections in Saxony: AfD does not get its... 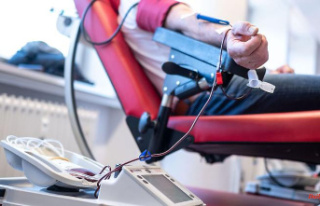