From Schiller's "Wallenstein" to the political talk. 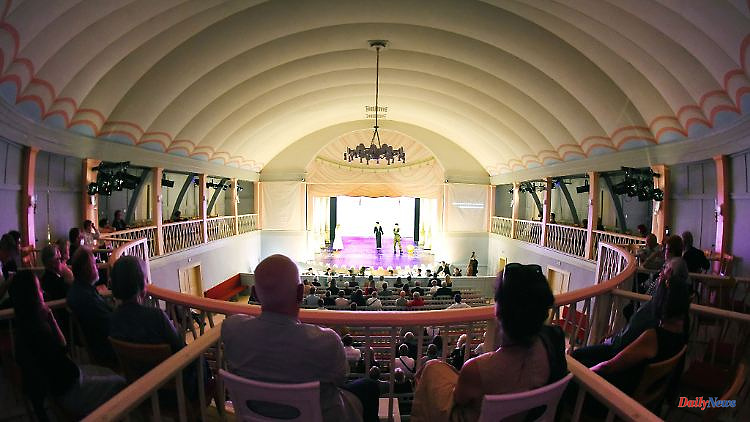 From Schiller's "Wallenstein" to the political talk. Celebrities meet in the historic spa complex with the Goethe Theater in Bad Lauchstädt - then as now. The topics are also relevant. At a festival of words.

Bad Lauchstädt (dpa/sa) - The 16th festival of the German language in Bad Lauchstädt this year deals with the topic of war and peace. The content is about classics of literary and theater history and the situation in the present, as the managing director of the historical spa facilities and the Goethe Theater, René Schmidt, said. The program from Sunday (October 2nd to October 31st) will be designed by around 100 participants.

It therefore includes readings, theatre, concerts and an exhibition. In addition, a literary and philosophical discussion with Prime Minister Reiner Haseloff (CDU) and the former German Ambassador to Russia, Rüdiger von Fritsch, is planned.

One of the highlights of the performances in the Goethe Theater in the historic spa complex was Friedrich Schiller's drama "Wallenstein's Camp/the Piccolomini," it said. Contributors are - as Wallenstein - the theater and film actor Thomas Thieme ("Downfall", "The Lives of Others"), Julia von Sell from the Vienna Burgtheater and the actor Peter Lohmeyer ("The Streets of Berlin", "The Miracle of Bern").

The festival, under the artistic direction of Kammersängerin Edda Moser, aims to cultivate the diversity and beauty of the German language. "The concern is that visitors can experience the German language in various artistic implementations," said Schmidt. About 4000 visitors are expected. The Festival of the German Language in Bad Lauchstädt (Saalekreis) is supported by the Federal Government Commissioner for Culture and the Media, the State of Saxony-Anhalt and foundations. Patron is Haseloff.

The Goethe Theater in Bad Lauchstädt was built based on the ideas of the poet Johann Wolfgang von Goethe (1749-1832) and opened on June 26, 1802 in the former spa town. According to historians, it is the only original theater building from Goethe's time. The focus of the house is the cultivation of German literature and music.

1 Saxony-Anhalt: A similar number of cases of fuel fraud... 2 Baden-Württemberg: Three slightly injured after a... 3 In many places only 15 degrees: Otto turns off the... 4 Even high earners are worried: 80 percent of tenants... 5 "Ten pounds of love and joy": Nick Cannon... 6 Spray Bottle Designer Dress: Bella Hadid seamlessly... 7 Hesse: Heavy showers in Rhineland-Palatinate and Saarland 8 Hesse: Windy and rainy weather in Hesse 9 Baden-Württemberg: Mayor Keck: "It takes cash... 10 Saxony: Kretschmer thanks for community effort against... 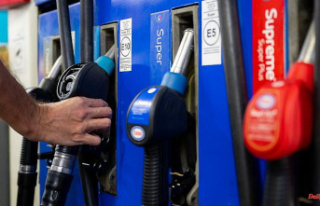 Saxony-Anhalt: A similar number of cases of fuel fraud...